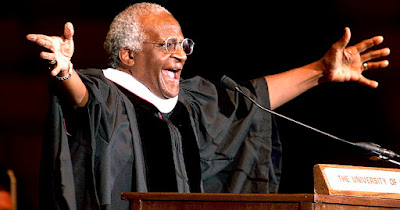 In the name of the God of Love.  Amen.

Today is a busy day.  Liturgically, at least.  This first Sunday after the 12 days of Christmas have ended is always a busy day.  We have a lot that we try to cram into one day.  First, there is the Epiphany.  The day was technically this past Thursday, January 6, but we bring part of the celebration over to Sunday, because it’s a pretty important part of the “Christmas story” – even though it’s technically after Christmas.

It’s the day when we celebrate and remember the story of the Wise Men – these foreigners who were among the first to appreciate that the child, Jesus, was something special in the history of the world.  They had followed the star, and it brought them through Jerusalem – through the seat of political power, past the throne of Herod, before delivering them to the cradle of the Savior.

But the first Sunday after the Christmas season is also always when we celebrate the Feast of the Baptism of our Savior.  We remember that Jesus went to John – to John’s surprise – and asked to be baptized by him.  As a part of our commemoration, we remember our own baptisms through the renewal of the baptismal vows that we’ll share later.

One of the articles that I read this week to prepare myself tied all this together in a helpful way by describing this as a day that’s all about identity.  The Magi are among the first to identify Jesus as the “king of the Jews” – and almost certainly the first of those to do so who were not among the Hebrew people.  Then, in the story of the baptism, Jesus is identifying himself in a couple of ways – he’s tying his identity to the Jewish custom of baptism – a baptism of repentance and forgiveness; but more significantly, he’s tying his identity to his humanity.  He’s presenting himself to the people as one of them – one who shares their needs.  And then, finally, the story recounts how Jesus is identified by the voice from above as being the Christ, the Beloved – and that that identity brings God joy.

Since we were last together, we lost that pedestal of virtue, joy, justice, and forgiveness who was Archbishop Desmond Tutu.  He had lived a long, full, and profoundly impactful life, so it was hard to be really “sorrowful” that day.  With all of the remembrances and tributes that I heard and read about him, I found myself, instead, feeling at peace, and embraced in the warm light of joy.  I never knew him, personally, but I still smile as I hear his beautiful South African voice reverberating through my memories, giggling with the wisdom of a child and whispering truth.

They say that every preacher has one good sermon and the rest flow from that one, and for Desmond, that sermon was one word: “All.”  Everything about his life and his words insisted that God’s love was open to all.  That that was God’s identity – the “lover of souls” who could only see the good.

The epiphany I had this week in studying this text was about that.  I’d always heard these words about the winnowing fork and the unquenchable fire and threats.  God would separate the good from the bad – and in that, I heard the good people from the bad people.  But again, a little study this week brought me new understanding.  The winnowing fork isn’t about dividing the good grain from the bad grain.  It’s about sloughing off all that stands in the way of the grain; getting past the husk – the exterior – and finding the essence of good at the center.  The chaff – all that extra stuff that impedes the innate goodness – that’s what’s burned.

It’s really a universalist statement.  The metaphor means to teach us that God wants us.  Not some group of us.  Not some idealized version of us.  All of us – “all”, the way Desmond said it so often.  God wants what is most us – what is most purely us – without all of the stuff that gets in the way.  Just us.

On this day that points us to thinking about the identity of Christ, as that identity is discovered and shared, let us claim that identity as our own.  Let us claim that the identity God has bestowed upon us is Beloved.  Pleasing.  A lot of the other ways that we tend to think of ourselves – be it conventionally “good” or “bad” – much of that is just chaff.  It’s the husk that needs to be peeled off so that we can get at the essence.

That essence is good, and Beloved, and pleasing.  God told us so.  Now it’s our job to hear it, and to live it.  Amen.