Another nail in the coffin, another sprout in the earth

There's new fodder for Anglicans on the right in their ongoing search for cause in their weeping and teeth gnashing.

The Church of England - the "mother church" of the Anglican Communion - has, in its General Synod, finally joined most of its counterparts in the West in assenting to the appointment of women as bishops in the Church of England. Reactions from conservatives in the church are just beginning to emerge, but this promises to be a point of great concern for the leaders of Anglican churches in the Global South. 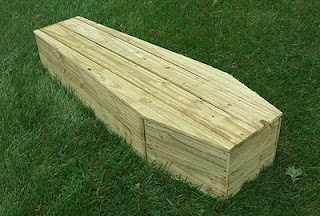 It does represent, after all, yet another nail in the coffin of sexism.

As such, it promises to be fuel for the fire - if there is to be fire at all - at the upcoming Lambeth Conference.

There are a lot of great sources for learning more about the C of E's move. I offer these two for your consideration:And for my two cents worth, that's where I'd like to begin.

I do firmly believe that our current strife within the Anglican Communion is due, almost entirely, to the ongoing stranglehold that sexism has on much of the church. Furthermore, I believe that the greater our success is in releasing the pressure of sexism, the more likely it is that our homophobia and heterosexism will simply decay into nonexistence. The logical structures of homophobia and heterosexism have no leg on which to stand when their false premise of sexism is cast away.

Plenty of people smarter and more articulate than me have explored this more than I will today, and I encourage you to study them. But as anecdotal evidence of my thinking I'll direct you to the reported comments of the Bishop of Fort Worth:

I read a blog recently (I can't find the citation at this moment or I'd link it) that reported that Bishop Iker of Fort Worth, while in an educational setting in one of his parishes, declared that he would more likely receive communion from +Gene Robinson than from ++Katharine Jefferts Schori. His reason? He said that while +Gene is a "sinner", at least he is "proper matter for ordination" (read: male), therefore the Eucharist would be "valid".

Thank you Bishop Iker for making my point!

So pardon me, as I celebrate with my brothers and sisters in the UK as they take the next step in alleviating sexism, and as such, heterosexism!

In my preparations for preaching this Sunday, I stumbled across this quote from Alfred North Whitehead:

"The essence of life is to be found in the frustration of established order."
(Modes of Thought, page 119)

The Gospel text appointed for this Sunday is the parable of the sower and the seeds. You know the story, some fell on rocks, some fell on the path, but that which fell in the earth took root, etc.

I have always thought of this as a call to use judgment - to carefully discern where you spend your energy and resources, so as not to waste even the abundance of God's gifts.

I still think that's a valid lesson, but Whitehead has me thinking about it with a different slant. Perhaps another lesson is not just with an eye to where we should sow, or how we should be sown, but a rather simple lesson about the nature of the sowing.

The seed that fell on rock could not "frustrate the established order" that surrounded it. The rock was too impenetrable.

The seed that fell on the path could not "frustrate the established order" that surrounded it. It would be trampled down before it had the chance. 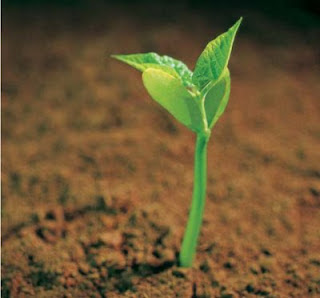 The seed that fell on the earth, however, was able to germinate, and take root, and maybe even bear fruit! But none of this would have happened if it had not "frustrated the established order" that surrounded it.

So perhaps one of the lessons of this parable is that we should not so deeply fear "frustrating the established order". Perhaps it is precisely in that "frustration" that we are able to break in and make room for new growth.

Through the weeping and gnashing of teeth that will undoubtedly come out in the weeks ahead, one of the battle cries (be it spoken or implied) will be that the Church of England has frustrated the established order. Indeed, they have. But our call as Christians is not to uphold the status quo but to frustrate it - to till it and to disturb it and to loosen it so that it CAN support new growth.

Some will complain. I have no doubt. They always do.

But I commend the Church of England for opening its doors a little wider. I commend them for making space for new growth, and for helping to bury injustice.
Lambeth