S.M.A.R.T. goals and the truth behind failure

In the name of God, who is our living, our dying, and our life. Amen.

I failed out of college. 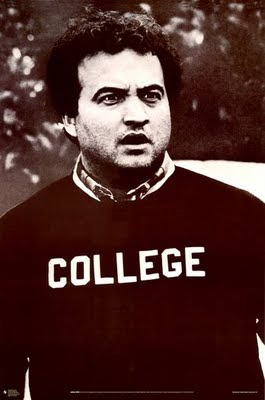 I was not, however, as successful learning about things like going to classes or studying or writing papers.

If you look at my transcripts you can see it as plain as day. I failed. It’s right there in black and white.

In the corporate world, people often talk about S.M.A.R.T. goals. These are goals that are:

Specific,
Measurable,
Attainable,
Realistic,
and Timely.
Smart. And when my first attempt at college is evaluated as a series of S.M.A.R.T. goals, it was a clear failure.

It wasn’t for a lack of intelligence or aptitude. I could offer a lot of excuses. I was too young. I wasn’t ready. I was engaged in an unexpected period of self-examination in my life that, in the end, proved distracting for me. But when looking at life through “S.M.A.R.T.-colored” glasses, none of that matters. All that matters is that I failed to achieve the specific, measurable, attainable, realistic, and timely goals that had been set.

But life isn’t always as clear as a set of S.M.A.R.T. goals. While it is true that I was evaluated as having failed much of that first semester of college; and while it is true that I was politely asked not to return to that esteemed institution for a second semester; I don’t count the experience as a failure. It was in that failed semester that I had my first exposure to the academic discipline of religious study. Though I failed the class, I still learned a lot of content that I still use today. And even more significantly, it awakened in me an interest that I had no way of knowing was there. It propelled me further down the path to the ways that God is calling me to live.

In that semester of failure – and in the period that followed it – I did a lot of growing up. So was it really a failure?

In the evaluative tools of the world: it certainly was. In the scope of my life: I don’t think so. It was hugely successful in ways that are not specific or measurable. And I couldn’t have planned that kind of success through any series of attainable or realistic steps.

So now, for the fifth week in a row, we’re talking about bread. It all started back in July with the story of the feeding of the five thousand – certainly one of the ‘top 40’ greatest hits of biblical literature. But for these four weeks that have followed, we’ve looked a little deeper at what happened next. In the real time of Jesus’ life, we’re probably only talking about the events and conversations of a few days. But we needed to spend some time digesting those few days so that we could begin let the big picture surrounding that feeding miracle take shape and come into focus.

The crowds and the bread are certainly amazing. But if that’s all we see in this story, we’re missing a huge part of it.

To begin to see the big picture of the importance of Christ walking among us, we have to hear the teachings of Jesus. Those who heard these revolutionary teachings probably said it best: “This teaching is difficult; who can accept it?”

Five weeks ago those five thousand who were fed by the bread were about to take Jesus by force to make him their king. But little by little, as they followed him and got a clearer picture of who he was and what he was about, the crowds began to disperse. The bread was wonderful. It satisfied the temporal needs of the people. But the teachings were a little tough to swallow.

On the basis of the kinds of S.M.A.R.T. goals that are encouraged in churches today – budgets, pledges, membership, average Sunday attendance – when thought of in those terms, Jesus failed. His congregation went from 5,000 to 12 in just a few days. Does that mean he was a failure?

I’ve noticed over the past few years that parents of young people who are about to go off to college tend to be comforted by my story of failure. It’s a story of failure that turned out not to be such a failure. Everyone would, of course, still prefer that their children not have a path like mine. Other paths can be a lot easier and often just as fruitful. But I think parents are comforted by my story because it reminds them that there are other paths to success. Sometimes even paths that are puckered with problems. But they are no less successful.

All of our lives have problems. We have all failed in small and not-so-small ways. And we all would be wise to learn about other ways of evaluating success. It can be helpful if goals are S.M.A.R.T., but not all achievements are.

This is one of the lessons we’ve learned in these five weeks. If we’d only heard about the feeding of the five thousand, we would have missed the “difficult teaching”. We would have missed the chance to put ourselves – if only a bit – into the minds of the people that Jesus taught. We would have missed this chance to imagine how we might have reacted without the two-thousand-year filter of our faith and tradition to guide us. Would we have joined the thousands who left? Would we have joined the dozen who stayed? In a sense we don’t have to imagine. We join the thousands who left every time we remember only the bread. We take the miracle and we move on – not taking in the difficult teaching. It’s bread, but it’s not about bread.

Perhaps most importantly, if we had not had these weeks to live into the difficult teaching, we would have missed this chance to stand in awe of a God who speaks truth in the face of worldly failure.

This is our model. It’s the difference between the bread of the world and the bread of life. Jesus could have just kept performing miracles that would have amounted to little more than magic tricks: healing the sick, raising the dead, feeding the crowds. These things put us in touch with our lives, but not our life. They give us what is needed for living, but they are not life-giving.

The teachings of our faith are difficult.

The goals of our faith are not S.M.A.R.T.

But our faith is life-giving. It is to our souls like bread is to our bodies.