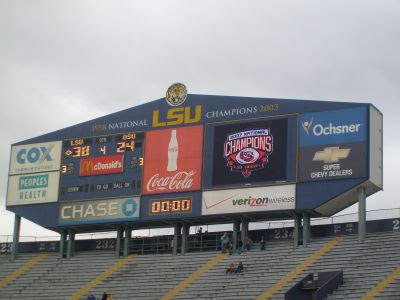 “What does the Lord require of you but to do justice, love kindness, and walk humbly with your God.”

If I were a more confident preacher, I’d probably just sit down right now. These words from the Hebrew Bible are about as true and direct a representation of the gospel message as anything I might imagine to complement them.

But this favorite biblical passage of mine does remind me of a story I told to a few of you when I was in the midst of early conversations with you to come be your priest. You were asking me about the kinds of things I would do first if I were called to be your priest. I talked about a few things - things about trying to begin the process of building relationships with you, and that sort of thing, but the main part of my answer was in telling you a story.

A few years back, under the leadership of then-head coach Nick Saban, LSU won its first national championship in many years. The team had always been formidable, but it had, for a long time before that, been on the low end of the “formidable” scale. But after just a few short years of Saban’s coaching, LSU went from “barely formidable” to “national champions”.

At a press conference, Saban was asked, rather simply, “What did you do?”

His answer was also fairly simple. He said, “I taught the team to stop looking at the scoreboard.” He recognized that teams so often can’t see the forest for the trees. A football game is complex operation. Over the course of three thousand six hundred seconds of play there are countless things that can go wrong, just as there are countless things that can go right. It can be easy to get lost in the complexity of it all if you allow your focus to drift.

Saban said that rather than focusing on the scoreboard, he asked each of his players to focus instead on just the play at hand. “If we do the right thing in every play,” he said, “the scoreboard will take care of itself.”

Over this past weekend, representatives of this parish - Pia DeSilva, Irmgard Wint, Vanessa Foster, and I - were your representatives at our annual diocesan convention. Though the convention kept a positive perspective - as far as it could, anyway - there were certainly times when some of the “scoreboards” we saw painted a pretty dismal looking picture. The vast majority of our congregations are suffering from slipping average Sunday attendance numbers. For the first time in a long time, most of our congregations have fewer than 75 people in attendance on a typical Sunday. And as those numbers would suggest, equally, our financial health is more uncertain than it has ever been. The diocesan income continues to fall even as necessary expenses continue to rise. Cuts have been made, spending has been reduced practically across the board, but the annual cost of being the church in the Diocese of Newark continues to soar despite our best efforts.

This is certainly part of a general trend toward what many observers are calling an emerging “post-Christian age” in the United States - an age when Christian churches no longer hold their positions of automatic privileged status in our culture. It is no longer assumed that people will go to church, and it is no longer assumed that they will give to the church. But the general trend has been made significantly worse in the past few years because of the economic downturn. Two important things have happened: at once, giving has cratered as people have felt less and less secure in their own financial positions, AND investment income from endowments has ground almost to a halt. Our savings accounts have proven insufficient to support our ministries in these turbulent times. As a result, several churches have closed and even more are in danger of closing.

Perhaps the most frightening thing, however, is that this disheartening position which we recognize our diocese to be in is representative of where many of our congregations are - our own parish included. Our own attendance records, giving records, and endowment performance are all showing signs of serious - perhaps even potentially fatal - underperformance. With scoreboards like that, it’s hard not to stare, frozen in terror and disgust. 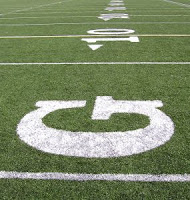 But Coach Saban reminds us that scoreboards can be a distraction from the plays on the field - and we did learn about some strong plays on the field in our diocese. Newark ACTS - the young adult urban ministry residential internship program in our diocese is strong in its first year. They are reaching out in support of some vital urban ministries throughout our diocese and perhaps more importantly, they are infusing youth and enthusiasm into a church that was beginning to feel tired and often irrelevant. They are modeling for us what it means to be the church in the 21st century. Similarly, in our elections this weekend we made history in our diocese by electing two high school aged youth to represent our diocese to the wider church at the General Convention in 2012. Periodically the convention paused to hear “mission minutes” - short presentations about pockets throughout our diocese where the mission of the church (our word for the plays on the field) is leading to success and strength. Consistently we heard about churches that were making strides in the areas of music & worship, children’s & youth ministries, and service to those in need - some of the key ingredients for the success of any congregation. If we keep our attention firmly grounded on doing these plays on the field right, I believe we will begin finding that the scoreboards that had been looking so dismal for so long will start taking care of themselves.

And if we keep our focus firmly enough on the plays on the field, we probably won’t even notice. We’ll simply be lost in the mission and ministry of the church. Wouldn’t that be a blessing?

Scoreboards can be deceiving - both when they’re good as well as when they’re bad. That’s what Jesus tells us in the gospel lesson today. Though we might feel poor in spirit, though we mourn, though we hunger and thirst for righteousness, though we are persecuted; though the scoreboards say again and again that we’re losing the battle; even so, we are blessed. Even so we continue to do justice, love kindness, and walk humbly with our God. We keep our focus on the plays on the field and let someone else worry about the scoreboard. We don’t have time to keep score. We only have time to do the work of the gospel to which we’ve been called. Amen.
St. Paul's; Jersey City