I've been watching with interest the controversy that's been emerging over the past couple of days around
Phil Robertson, of "Duck Dynasty" fame, and the interview he gave to GQ magazine that many people found offensive.

I'm a fairly recent fan of "Duck Dynasty".  I only started watching a couple of months ago.  I don't generally enjoy so-called "reality TV", but something about this show captured my attention.  I first sat down to watch an episode because my oldest nephew, who is nine years old and who lives in Mississippi, talked about it.  I decided to see what it was about, because I expected as our time together over the holidays approached, we'd probably be seeing it together.

I quickly started to enjoy the show.  There are elements of the show that, like all other "reality TV" shows, are almost certainly exaggerations of reality.  But there is also something about it that is authentic.

My mother's side of the family is actually named Duck.  That's their actual name.  (I even have an uncle Donald Duck, though no one ever believes me when I tell them that.) 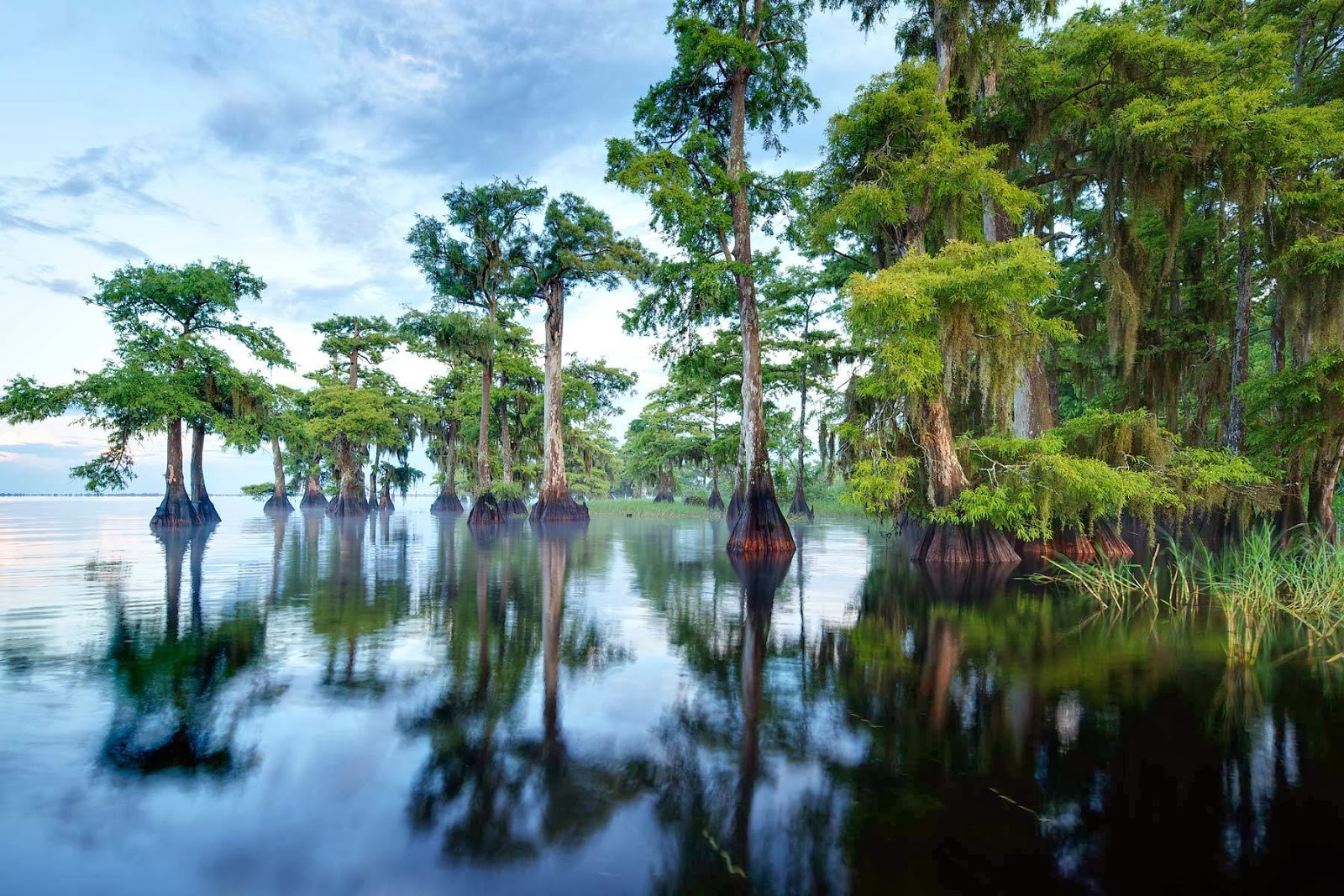 I never actually hunted - I was just a child.  But we, the children, would sometimes go along, ride out in the boat to the duck blind (which was like a really well-appointed tree house in the middle of a swampy, shallow, cypress-laden lake) and sit with my grandfather and uncles as they quietly waited for opportunities to hunt.  While we waited, we got to know our family better.  We learned about our shared heritage.  We learned the values of stillness, and quiet.  And we drank Dr. Pepper and ate Moon Pies to our hearts' content.

They were good times.

My family - the Duck family - was, in a lot of ways, very similar to the Robertson family.  And sometimes - not always, but sometimes - the values that were expressed in my extended family were a bit different from the values that I learned at home, with my immediate family.

It wasn't always the "heritage of hate" that people in the Northeast and on the West Coast think about when they conjure their icons of the South.

I haven't watched every episode of "Duck Dynasty".  It's not the kind of show that I schedule my life around, or even set my DVR for.  But when there's nothing else on, it can be fun to have on in the background - just as those people represented on the show are an ever-present part of the background of my life. 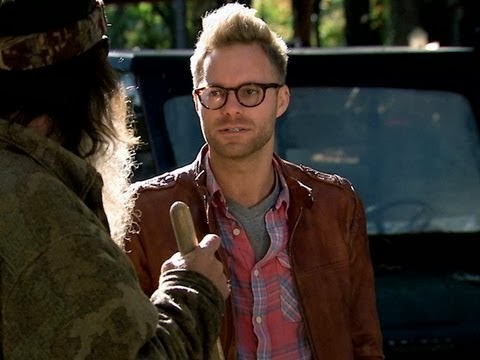 A few weeks ago I was watching a rerun.  It was an episode where Willie - the CEO of the family
business - had given his parents a gift: a session with a photographer to get portraits of them with their dogs.  The photographer was a somewhat flamboyant (at least by Louisiana standards), "fashion forward" kind of person.  It was never mentioned whether or not he was gay, but that was clearly the implication.

As I watched that episode, a familiar sense of dread washed over me.  I knew what was going through Phil's mind.  I could see it in his guarded, uncomfortable movements.  I could hear it in his carefully chosen, self-censoring words.

Finally he said, "Clearly he's not from around here."

It didn't get the attention of the GQ interview, but I assure you, those words were just as homophobic as anything he said to the magazine.

Of course none of that is true.  I'm from there.  I know lots of guys like that from there.  Whether or not the photographer is actually gay doesn't matter.  His presentation was outside the norm, so he was the recipient of homophobia whether it was applicable to him or not.

I recognized the dread I felt, because I'd felt it before so many times myself.  I'd felt it from attitudes and biases directed toward me in my family, in school, and even in church.

But my dread wasn't so much about learning the truth of Phil's beliefs.  I knew them - or at least suspected them - before I'd seen that episode.  Homophobia, racism, and misogyny are the dominant cultural norms in that part of the country.  Perhaps they are in other parts of the country, too, but in the Deep South they're dominant enough not to be hidden.

My dread was the same kind of dread I'd feel if I had a friend at a family gathering and some aunt or uncle would say something just as embarrassing.

And that time came this week.

The real point of my writing here is this: that internal challenge that many fans of the show are probably feeling right now - that challenge of liking the show, but not liking the beliefs of a person on the show - that's normal.  And it's worth thinking about.

It's an internal challenge that I feel all the time.  There are a lot of people from back home in Louisiana who have a different set of beliefs and values than I have.  They often believe things that I not only disagree with, but that I think are flat-out wrong.  Sometimes they believe things and support positions and people that I think are downright immoral.  And I know they think the same about some of my own beliefs and values.  Sometimes we even have it out with one another on Facebook.

That's right - WE LOVE EACH OTHER.

So we stay in touch.  We stay in conversation.  We continue to chip away at each other, even though we know that we'll probably never convert each other to our positions.

But while the end result of that probably isn't conversion, we do end up seeing the humanity in each other.  We may never agree, but we have a chance to continue to love.

It's not perfect, but it's what we've got.

So no, I won't be boycotting Duck Dynasty.  I still won't be scheduling my life around the show, but I wasn't doing that anyway.  But I will still watch it now and then if nothing else is on and I feel like it.  I won't be buying any Duck Commander or Duck Dynasty merchandise, but I wasn't going to, anyway.

Instead, I'm just going to live into that tension.  I'm pretty good at it.  To some degree, it's my home.

But I'm not going to vilify anyone who disagrees with me.  It's simply not worth it.  For a gay Christian from Louisiana, it's just too slippery of a slope.
just me

Timothy Spruill said…
Really beautiful! Thanks … and I identify with it so well because of my Tennessee/Alabama roots.

Janne Swearengen said…
That was just beautifully written and obviously heart-felt. Thanks.
December 21, 2013 at 9:29:00 AM EST

Thank you for your kind words, and for taking a few minutes to read my thoughts. I'm glad my experience seems to be resonating with some people.

If your question is meant to imply that I should oppose him watching it because of the opposing values held by some of the people on the show - I have a couple of responses to that. First of all, that's not my place. His parents make rules about what he can and can't watch on TV - not his uncle who lives half a continent away. But also - those contrasting values tend to be very muted on the show. It's certain to be far less contrasting than the contrasting values he sees all around him day in and day out in Mississippi.

So, in short, I imagine he's learning a lot from that show, the same as he does from every other interaction in his life. Some of which, his parents and I would likely support - some of which we wouldn't.

There's this idea I've heard about sort of recently about how our "antibacterial culture" is creating a generation of Americans who have weaker immune systems. I'm not a scientist, so I'm probably oversimplifying, but that's the gist of it. I wonder if the same might be true of the ways some children are sheltered from opposing values - on all sides of the spectrum. Even if the show doesn't exactly mirror the values we'd want to instill in him, maybe that will make him stronger. At least maybe it will, to the extent that his parent and I (and other significant adults in his life) talk with him about those differences. Maybe it's better to have some learning through opposition now and then...

Drescott said…
Very well said I agree with you.

If I got upset with things that offend me, and many things do, I would not have a TV in the house. I may not live the way others do, they may not live as I do, but what makes any of us think we should have control over what floats someone elses boat.
December 21, 2013 at 4:07:00 PM EST

Unknown said…
Wow, that was a beautiful thing to say. I've been telling people as an Asatruar and a bisexual woman, I do not agree with Phil's words, but he has a right to speak his opinion. Other people have a right to object and speak against his words. I can understand about the family and I'm glad you still speak with them. You dont have to agree with each other to care about each other.

June Butler said…
Fine writing, Jon. I'm not gay, but I live in south Louisiana, so I kinda, sorta know how you feel. I still love my friends and family, too, despite the disagreements.
December 22, 2013 at 4:34:00 PM EST

Y said…
I am a native of south Louisiana. The Bible belt bigotry is not consistent with my version of Christianity.
December 24, 2013 at 5:36:00 PM EST