We can be ready for that 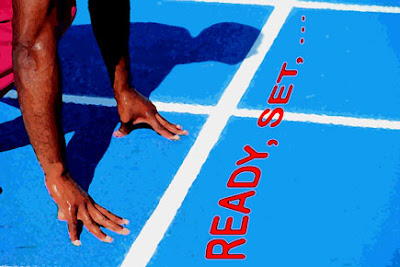 In the name of God: Lover, Beloved, and Love.  Amen.

Last Sunday, we heard that peculiar phrase, instructing us to be “rich toward God”.  This Sunday, the concept is nuanced and developed – still within the symbolic framework of riches, but this time with more theological and spiritual depth.  It’s not so much about “riches” as it is about a richness that is borne of readiness.

Our value comes from being ready for God – ready to act, ready to respond, ready to answer the call.

Often, in the course of the history of our faith, this call to “readiness” has been heard in one of two ways: either, readiness for the return of Christ at the end of the ages, or, readiness for meeting Christ at our death.  But truthfully, those aren’t the two kinds of “readiness” that tend to most motivate me.

I’ve often told this story, so forgive me if I’m repeating myself, but it kept coming back to me as I was preparing to preach this week:

A few years after Nick Saban came to be the head football coach at Louisiana State University, he had transformed a team that had an at-best mixed record, into one of the leading powerhouses of college football.  They had twice won the National Championship and people were asking how it was possible.  How was it possible to have such a stark turnaround in such a short time?

At a press conference, following the team’s second National Championship win, one reporter asked just that: “Coach Saban,” he said, “how did you turn this organization around so quickly?”

His response was surprisingly simple.  He said that he had worked, from his first day, to teach the young athletes two important lessons.  First, he said, was that they had to play 60 minutes of ball.  Each football game has four fifteen minute quarters, and to be successful, you have to play all of them.  You can’t fall asleep at the switch.  You have to be engaged the entire time.  Even the most junior player at the farthest reaches of the bench has to be ready to step in in any one of those 60 minutes – even at the very last.

The second lesson, he said, was that he tried to teach the players to stop looking at the scoreboard.  He said that the players should let the coaches focus on the big picture – let the coaches devise the strategy and worry about how to get to the final win.  They players, on the other hand, should turn there focus to each play – to each step, each pass and catch, each defensive maneuver, each block.  If the players executed each play in the best way that they knew how at every point in the game, without burdening themselves with the numbers on the scoreboard, then the game would be played at its highest potential.

And that’s just what happened.  The team had more games played at their highest potential than they had before.  And it turns out, when they were focused, and ready, and fully engaged throughout the entire game, that “highest potential” was pretty good.  They won a lot of games.

When I think about this call to “readiness” that we hear in from Jesus this week, that’s a lot of how I hear it.  The best way for us to be ready to meet Christ, is for us to focus each step, each play, each moment, as if it were the moment we might meet Christ.

If we live with that kind of readiness, then it won’t matter when the end of the ages comes, or even when we die.  We’ll be ready.

We’ll be ready, not because we had some mad rush to get ready, but because our lives had made us ready.

This is God’s will for us.  God longs to generously shower love over all the creation.  That’s where this call to readiness starts: before we hear the parable, before we hear about riches and possessions and giving alms, Jesus begins with the assurance that it is not only God’s will, but God’s “good pleasure” to give you all that God has to offer.

We can be ready for that.

Thanks be to God.  Amen.
Holy Trinity; Valley Stream