Hearing God in the silence 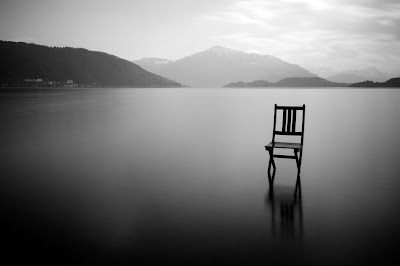 Earlier this week I was at a district clergy meeting.  If I were to be entirely honest, I typically find meetings like that to be one of the most tedious responsibilities I have as a priest.  Often, rather than supporting my development, they feel more like an impediment to the real work I’m supposed to be doing.

Truth be told - this meeting wasn’t much better.  But the one benefit I did experience was at the start of the meeting, when we focused our time together with a brief Bible study.  We looked at a passage from First Kings where Elijah first begins to really discern a call from God.  The story tells us that Elijah encountered a powerful wind - powerful enough to destroy the landscape.  He also encountered a great earthquake - strong enough to shake your very soul.  And finally, with rapid succession, he witnessed massive fires that swept across the earth.  But through each of these events - each one unmistakable in its power - Elijah discerned that God was not in them.

Each was destructive, but God was not in them.

Each filled the earth with noise and clamoring, but still, God was not in them.

But once it all passed, the story tells us that Elijah “heard the sound of sheer silence”.

It reminds me of when I was studying music in college.  One of my music theory professors captivated me when he described music as “ordered sound and silence.”  Music isn’t just sound, but the silence it helps to define.  The silence that its ordering creates.

After all the cacophony - all the power and destruction - it was in that silence, where Elijah finally heard the message of the Lord.

In reflecting on that story this week, I was suddenly taken back to the Bible stories I’d heard in childhood - in Sunday Schools and in Vacation Bible Schools in the Methodist and Baptist churches I grew up in around Louisiana.  I remember hearing about how God spoke to all these people so long ago, and frankly, feeling a bit of envious of them.  I remember wondering why God wouldn’t speak to us in our time.  Why God wouldn’t speak to me.

As I matured in my faith, however, I began to understand more about how God speaks.  Often, we can’t hear God speaking, because we’re listening for the sounds.  For the earthquakes, and fires, and raging winds.  But the story of Elijah’s call reminds us, that the music of God’s voice is also found in the silence - in the open space between the sounds, when we can hear most clearly.

That’s certainly how it’s normally worked in my life.  I have never heard the voice of God the way I can hear each of your voices.  At least I didn’t recognize it if I did.  But what I have learned, is that when I’ve been most successful at quieting myself - at ordering the noise (both the noises of the world and the noises inside my own mind) into more effective, more recognizable, and more sustained periods of silence - that’s when I’ve most clearly recognized the word of God and the will of God as it’s been revealed to me.

You’re probably wondering what all of this has to do with “Good Shepherd Sunday” - or with anything that we read today.  Well, one thing I realized this week in my reflection is that when you start pulling out metaphors about sheep, it’s easy to get lost.  Almost no one works with sheep anymore.  And if you limit the population to northern New Jersey, the sample group will dwindle even more.  For most of us, even seeing sheep isn’t a common occurrence.  For many of us, it’s probably much more common to see sheep on our plates than it is to see them in a pasture.  So what can shepherds and sheep teach us about a real and relevant faith in Jesus Christ here, today?

The thing is, it’s not about the sheep.  And even though we often call this day “Good Shepherd Sunday”, it’s not even about the shepherd.  The point that Jesus is trying to convey in this metaphor is much simpler: you are not alone.  It was stylized for his time and place, but the point we can glean is that simple assurance that we are never alone.

Even when you’ve gone astray, you’re not alone.  Even if you feel like an outsider, in Jesus it’s simply not true.  Because with Jesus, you’re not alone.  If you’re under attack or struggling or vulnerable, through Christ, you’re NOT alone.  Jesus Christ has walked this earth, and felt this pain and hunger and eagerness and joy…  Jesus Christ has known us, even as we’ve known ourselves, and stayed by our side - even when we couldn’t recognize it.

This was the message conveyed in First John, too.  This community of Christians were living and trying to be faithful about a hundred years after Jesus’ death.  They were the second, and in some cases, the third generation to be removed from having first hand experiences of Jesus on earth.  Their zeal must have been waning.  The urgency for Christ must have grown tired.  So they needed that reminder that each of us still needs today: that he still abides in us.  That we’re not alone.

When I was little, I wondered why God had stopped talking.  And underneath that wondering was a lurking insecurity that was decidedly darker: why would God, who was said to have been so present to all those generations before, suddenly start leaving us alone?

But I had to grow in faith before I could really start to understand it.  Like Elijah, we, too, can get lost in all the noise of the world around us.  Like Elijah, our experiences can also drown out the word of the Lord, and leave us feeling alone.

But when we order the silence - and give that silence space to sing, then we’ll find that we’re not alone.  God is with us, giving us the word of peace, the gift and inspiration of the Holy Spirit, and the salvation of a shepherd whose love was so great that he would even lay down his life for us.  All so that God wouldn’t feel quite so distant to us.  All so that we’d know we’re not alone.    In Christ, God is with us.  We are never alone.    The shepherd is guiding and protecting us, even now.  Amen.