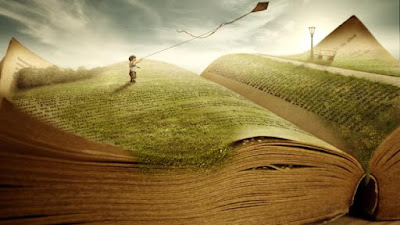 In the name of God: our source, sustenance, and companion.  Amen.

Several months ago - coming up on close to a year now - Michael and I were texting one another while he was on the train, on the way to work.  I had driven him to the train station, and when we left the house, as had become their custom, our three dogs howled and cried, begging us not to leave.
By the time I got home, however, they were their usual cool and aloof selves.  Looking at me as if to say, “I wasn’t crying….”

So as Michael and I texted that morning, we imagined what must have been going through their minds as we drove off.  I came up with the only solution to understanding their howls that made any sense to me: clearly they cried whenever we left, because we were taking the car.  Whenever we left with the car, they would be stranded at the house.  Otherwise, they would have taken it to the nearby casino.  By driving off, we were denying them that outing.

Of course, once I realized it amused Michael, the tale grew from there.  Wiley - our youngest dog, who always lives up to his name - was the instigator of these trips.  He takes his brothers to the casino, because he cheats at the games.  He counts cards.  Rocky, our oldest - who holds the distinction of being the world’s fattest and most lovable Chihuahua - likes the slots.  He can sit there pulling the lever all night.  And while his brothers gamble, Rufus just chases the waitresses around, the same way he does the squirrels in our yard.

Michael and I had a lot of fun imagining all of this - and all the pursuits that the dogs must get into when we’re away.  We even surprised each other when we each commissioned artist-friends of ours to draw elements of the story, which we gave to each other as Christmas gifts last year.  But one of the things that was funny about the story was that - even in the midst of such fantasy - there were elements of each of their personalities that gave the story validity.  This story - even as farfetched as it was - shared something of their truth.  It became reality sheathed in fantasy.  Despite its fantasy, it was still, somehow true.

Today, in the Gospel lesson, we hear the recounting of a prayer attributed to Jesus.  Scholars of the Bible refer to this as Christ’s High Priestly Prayer - it’s an imagining in John’s Gospel of what Jesus might have prayed that night on the Mount of Olives - the night before he would be betrayed, and denied, and eventually killed.

The prayer spans the 17th chapter of John, and if you haven’t taken the chance to read it in its entirety before, I commend it to you.  In this prayer, as Jesus is preparing for all the trials he faces that are becoming more and more inevitable, his prayer to God is not just for himself, but for all of his followers - both those he knows in his own time, and all of those whom he would come to know through the ages - even us.  He’s reflecting on his life and his ministry, and his prayer is that he might have done what he was sent by God to do.

It’s one of those texts of the Bible that I’ve turned to from time to time in my life when I’ve felt most alone, and most put underwater by the regular trials of life.  It’s powerful to feel washed in the prayers of Christ - to feel that connection, even through all of the time and space that separates us from his life and experiences.

This week, the line that kept jumping out at me was near the end of the selection we read this morning.  Jesus, while praying for his followers - both in his own day and even down to us - he calls on God to “Sanctify them in truth…”  To sanctify us in truth.

He doesn’t ask God to have us to share his fate.  He doesn’t ask for us to be lifted up out of the earth and into heaven with him.  Or for us to be segregated in the world from all the others.  His prayer is that we may be sanctified by God in truth.  And that truth, the prayer tells us, is the word of God.

So here’s the rub - Jesus almost certainly didn’t say those words.  At least not exactly like that.  The Gospel of John was the last one written, nearly a century after the death of Jesus.  So the quotes we read in John were passed down through the faithful, through generations.  They are part of a tradition of understanding and following Jesus, but the book isn’t an historical reference of the time of Christ.  Instead, it serves as an historical reference to this particular school of thought that comes from following Jesus.

So what does it mean to be “sanctified by truth” when the facts are so unclear?

That’s why the example of our dogs came to mind this week.  The story we came up with wasn’t true - at least I don’t think so - but it resonated with us as we told it, because it conveyed something of the truth.  Part of that truth was about the nature of each of the three dogs - the ways that they’re distinct from one another, and lovable in their own ways.  But the bigger part of the truth was about the joy that they bring to our lives.  The joy that we get from knowing them and caring for them and interacting with them, both individually and as a weird little family.

The truth that’s conveyed in John’s gospel isn’t about the specifics of the events, or the facts of the story.  It’s about understanding the relationship that this community had with Christ, and how they understood God’s relationship with themselves.  It was a relationship of intimacy and love.  It was a relationship wherein they felt cared for by God, and whereby their only reasonable response was to worship, and to love in return.  It was a community who felt sanctified by truth.  They felt that the truths that they uncovered about the experience of Christ in their lives made them better - holier, and closer to God.

A couple of weeks ago we went into the city to see the Broadway revival of the musical Once on this Island.  The show recounts the myth of Ti Moune - a peasant girl on a Caribbean island who saves the life of a young, wealthy man and eventually falls in love with him.  She goes through great trials to try to be with him and spend her life with him, but as the story is told, the storytellers recount the many versions of the myth that exist.  They say, “No one knows how the real truth goes, but that’s what some say…”  Even so, the myth has power.  And whether or not the details of the myth were true, the story as a whole was valuable, because it shared truth.

When we hear a community’s retelling of how much we are loved by Christ - when we imagine ourselves to be the object of Christ’s affection - when we, like them, come to believe that the only reasonable response that we can imagine is to love and to worship, in return - that’s when we become sanctified by truth.

Facts don’t sanctify.  But truth does.  And the truth of God is that Christ is the embodiment of God’s love.  The Holy Spirit, Christ’s own gift to the church, is the spirit of God’s love.  And our only reasonable response is to worship, and to love in return.  Amen.