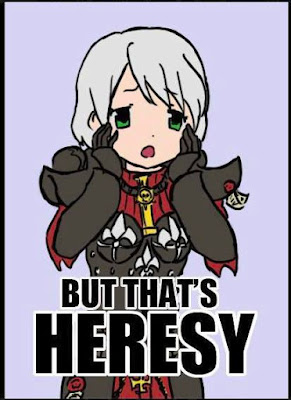 In the name of God: our maker, our writer, and the wisdom that brings it all together.  Amen.

It comes each year like clock-work.  As predictably as the swallows to Capistrano.  Or, as Mary-Esther taught me, even more reliably, like the Turkey Vultures to Kinnelon.  Each year about this time, clergy who have been busy with Lent and then Easter, and then Easter Season, and then, finally, Pentecost - each year they will come to the evening of Pentecost, basking in the glow of a major feast of the church executed with style and spirituality…  When suddenly the glow will give way to growing dread.

Suddenly, on the evening of Pentecost, they will remember: Trinity Sunday is now less than a week away.

Well, I have to admit - I don’t tend to share this anxiety.  For one thing, heresy never really bothered me all that much.  But more importantly, I’ve never really understood the anxiety about the Trinity.  We are steeped in the Holy Trinity.  We have churches named for it.  We baptize in the name of it.  We have gesticulations expressing it.  How many times on a given Sunday do we utter some formula like “Father, Son, and Holy Spirit”, or some other, more expansive version of the same like I used to begin this sermon?

That’s all the Trinity.  We are Trinitarian people.  Surely we can figure out how to talk about this doctrine that’s so deeply engrained in us!

But first, let’s take a moment to consider heresy.  Through the last several hundred years, heresy has come to imply something really bad - like the work of the devil.  Or, at the very least, the work of people at odds with Christ.  It’s as if heresy is an idea so corrupt and dangerous that it needs to be squashed at its first utterance.  But it wasn’t always that way.  The Greek and Latin roots of the word are simply the words for “choice” and “school of thought”.  If we get to the root of the matter, to commit heresy is really no more than to choose a school of thought.  And in a world where Christian expressions have splintered into schools of thought and practice too many to number - what is really heretical?

We, in the Episcopal Church, believe that God can be present in the ordinations of women.  Lots of churches don’t think that, though.  So, if we’re on the leading edge, does that make us heretics?  What about the way we worship?  We follow an ancient order, that’s been stylized for our own time and place, but it’s an order that most Christians around us don’t follow.  Does that make them heretics because they’re not ancient, or us, because we’re outside the norm?

The idea of heresy - as a negative thing - came about when the church was young.  We were facing outside opposition on numerous fronts, but even on the inside, we were in pretty regular disagreement.  The leaders of the church in those days decided that it was important for us to try to get along - there’s strength in numbers!  So “orthodoxy” emerged - the established “right belief”.  And everything that fell outside of that “right belief” was considered untouchable and unrighteous.

Heresy, as a negative idea, was a way of trying to line us up - a way of trying to make sure everyone was the same, so we’d be stronger against our opposition.  But today the Christian movement is strong.  Christians, themselves, aren’t always strong, and their churches aren’t always strong, but there’s no danger whatsoever of the Christian movement going away, even if some churches do.  So why would we try to assert heresy in a context that so readily celebrates diversity of opinions and beliefs and that is so rich with options?

So, today, preaching on the Trinity, it’s entirely possible that I’ll “commit some heresy” - but rest assured that I’m not as worried about that as some other priests tend to be.

I’ve always been bemused by my colleagues who dread this day.  The Trinity, as a concept, doesn’t really elude me the way it seems to elude so many others.  For me, the Trinity is an accessible way for trying to understand the complexity of God.  I am me.  You are you.  But God is so much more.

I’ve often thought about it as an expression of the diversity of God.  God - who is the creator of all the varied expressions of life and matter that there are - is by default a multifaceted self, related to all that there is, each in its own way.

So we call this multifaceted God by the name of three persons, or three aspects: the creating aspect, the redeeming aspect, and the inspiring aspect.  But the truth of the Trinity is that it isn’t limited to just three.  God is more multifaceted, and representative of more diversity, and more than enough loving for the uniqueness of all of creation - more of all of that than we can imagine.

My understanding of the Trinity is: it isn’t just three.  Three is just the starting place, where we begin to wrap our minds around the faintest breaths of all that God has in store for us.  It’s more than we can imagine.  But knowing that there are three points us in the right direction.  It points us to a deeper understanding that there is God-enough for even us.  That wherever we are, whomever we are, whatever struggles we face, whatever joys we shield, whatever challenges we’ve overcome or that have overcome us - through all of life - all that was and is and is to be - there is God-enough.

That’s some of what Jesus told Nicodemus.  God is beyond our understanding, but not beyond our reach.  God is the truth that we can’t quite grasp, but that is open for us any time.

So, call me a heretic.  I’ve chosen a school of thought that represents the goodness and nearness of God that I’ve seen in the Holy Scriptures and in my own life.  To suggest that there’s only one way is to suggest that we’ve captured God, and neatly tied all that is holy into one tiny box.  I don’t believe that for a moment.  And I hope you won’t either.  Because if God fit so neatly into that box, there’d be a decent chance that we might not fit, and I know that we do.  There is plenty good room.  Room for all of us, and more than we can imagine.