Who do we think he is? 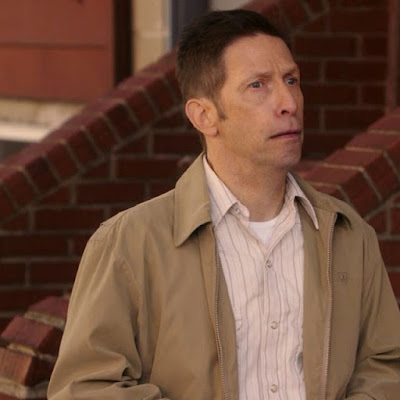 The gospel lesson today is a cautionary tale.  This story only ever comes up once in each three-year cycle of the Lectionary, but even being that infrequent, it’s become a cautionary tale that has guided much of my ministry through the years.  And that caution is: ALWAYS check the lessons before scheduling a baptism.

That’s a mistake a priest will only make once.

This first time I preached on this text, I had scheduled a baptism for that day.  To say nothing of how hard it is to tie together John’s beheading and the grace of baptism - let’s remember that when there is a baptism, I become “Jon the baptizer”.  It’s a dangerous road to walk down - so now I always insist on reading the lessons for a given day before finalizing a baptism schedule.

But where my mind went this week - aside from happiness at knowing that we’d scheduled Alex Luino’s baptism for NEXT Sunday -  was recognizing how much of Jesus’ life was centered around people wondering who the heck he was.

Last week we heard the story of his return to his hometown of Nazareth.  There, the people couldn’t make sense of him.  Where did the wisdom come from?  Where did the power come from?  It couldn’t be just from him - that kid who’d grown up here, whose family we know, whose background seems so plain.

It was that familiar variation on “Who is this man?” that comes out something like, “Just who does he think he is?”

Maya Angelou once shared the timeless wisdom that when people show us who they are, we should believe them the first time.  But through the story of Jesus’ life, he showed people again and again who he was - but even so, most people were still perplexed.

“Some were saying, ‘John the baptizer has been raised form the dead; and for this reason these powers are at work in him.’  But other said, ‘It is Elijah.’  And others said, ‘It is a prophet, like one of the prophets of old.’  But when Herod heard of it, he said, ‘John, whom I beheaded, has been raised.’”  But despite all that Jesus had shown them, none could believe it.  None could believe that God was at work in him, because it didn’t align with all that they thought they knew about the world.

Herod had believed John, though.  He had been a trusted advisor, even though he sometimes spoke truth to Herod’s power in painful ways.  In the story of John’s death, we hear that when Herod heard John, “he was greatly perplexed; and yet he liked to listen to him.”

So, perhaps he was wracked with guilt.  He hadn’t intended to kill his trusted friend and advisor, John.  He’d merely become swept up in the moment.  He’d become transfixed by beauty and talent, and in his short-sightedness, had made a promise he didn’t want to keep.  But even so, he did keep it.  His pride kept him from following his better angels.

As I read this story again this week, it reminded me of the silly sitcom that Michael and I have been watching recently: The Unbreakable Kimmy Schmidt.  It’s a series on Netflix that tells the farcical tale of Kimmy, a young woman, who is re-entering the world after having been kidnapped by a cult-leader as a teen, and held in an underground bunker for 15 years.  But that makes it sound more serious than it is…  The premise is really just about setting the stage for a comical look at our own culture from the perspective of someone with new eyes.

There’s a scene when Kimmy’s step-sister - whom she only met after leaving the bunker - runs away because she’s jealous of all the attention that Kimmy gets.  Kimmy’s step-father, a bumbling doofus of a small-town police officer, tries to find her, but he never makes it any further than Kimmy’s stoop in a bad neighborhood in New York City.  He asks the drug dealers loitering there if they’ll help him, but they insist on him proving he’s not a cop.  So to prove it, he samples some of their wares.  And then he samples again.  And again.  And again, and again, until he’s taken it way too far.  He’d become too undone to continue with what he set out to do.  He’d taken it all too far.

It becomes a comical, even if a bit of a racy, example of the proclivity we all have for getting lost in the moment, and taking things too far.

When we get in those moments - when we’re frustrated, or angry, or whatever else - sometimes we can be like all those people - like Herod himself - who can’t see the truth that’s right in front of us.  We can forget who Jesus is, and lose ourselves in the moment.

Even in simpler ways - we can get lost in the day to day tedium of life, and we can fail to see the unexpected blessings that are all around us.  We become blinded by our prior experiences, and they turn into expectations so strong, that they prevent us from seeing God in all the surprising ways that God can become known to us, if only we could pull ourselves out of the moment, to see what’s right in front of us.

Who is Jesus, after all?  The question isn’t so much like the one that was asked in his hometown, or like the ones asked by Herod and all the others - “Just who does he think he is?”  The better question is; who do WE think he is?  How could WE see Christ in the world around us, if we’d open ourselves up just a little more to recognizing the miracles and the blessings that are right in front of us?

Christ is there.  We just have to keep teaching ourselves to see.  Amen.
St. David's; Kinnelon