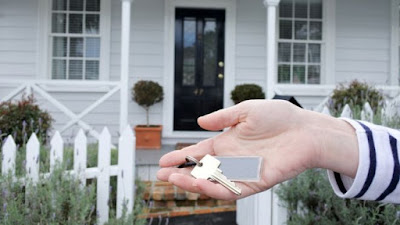 In the name of God our creator, Christ our brother, and the Spirit who continues to guide us.  Amen.

As I was reflecting on the Gospel lesson for today, I was reminded of my first time traveling to Africa.  I was there as a part of a class in my seminary - we were studying “African Indigenous Religious Roots of African American Spirituality”.  Aside from a few prep sessions before we left, the majority of our class took place in Ghana, and as such, there were very different experiences between the white students on the course and the black students (almost all of whom were African American).

Almost immediately upon our arrival, even before we’d made our way through the fog of jetlag, those of us who are white immediately expressed our experiences of being the racial “other” for the first times in our lives.  We certainly weren’t oppressed, and we still had plenty of privilege, but we had become minorities.  The African American students, however, mostly described a sense of excitement at glimpsing the world of their ancestors.  A few students even described the experience as feeling like they were going home.

As our course took us to different locations in the country, our group stood out wherever we went.  Children swarmed around us and shouted “Obruni!”  When we asked our guides what that meant, they explained that it was an unfortunate side effect of colonial influence.  Whenever the children saw white people, they had learned to run up and to beg for handouts.  Obruni simply means “white person”.

At first, some of the African American students expressed a kind of satisfaction at this - not in any malicious way, but they thought it was valuable for the white students to have the experience of being systematically defined and identified by our race.  They appreciated that we had a taste of the experience that they felt every day back home.  A few days later, however, some of those African American students ventured out separately from the class.  When they returned, they disappointedly reported that the children continued to swarm around them shouting “obruni”.

Our guides explained to them that the children didn’t see them as Africans.  Instead, they were seen as no different from the white people.  To the Ghanaian children, African Americans remained distinct from themselves.  Their concept of race had less to do with ancestry or skin color, and more to do with culture and upbringing.  No matter how much my colleagues imagined themselves to have been going home, that home turned out not to be what they thought it was.  They weren’t received by the people of that homeland as once-lost family returning, but instead, as strangers visiting.

Jesus had a very similar experience of “home” in the Gospel lesson we heard today.  He, too, had a shifting understanding and experience of home.  He went to a place - a place that should have been a place of sanctuary and welcome for him - but instead he found opposition, distrust, and people who could only see him for what they expected of him, not for what he had become, or what he knew to be true.  He wasn’t welcomed home, because it wasn’t really his home anymore.  He had grown in ways that made him different from them.  Too familiar to be honored, but too unfamiliar to be trusted.

When we follow Christ well, we’re likely to have the same kinds of experiences.  Our faith, when it’s lived well, pulls us and stretches us, and makes us into new people.  It sets us apart from the people we run into each day - not necessarily better, but operating from a different perspective.

In the Episcopal Church, we are notoriously bad at evangelizing.  So much so that we tend to even hate the word.  I bet a few of you squirmed in your seats a little when I even brought it up just now.  But even so, we are called to follow the road that Jesus led us down - even that road that leads us into that uncomfortable place of proclaiming God’s love in our words and actions.

The part of this gospel lesson that always strikes me as sort of comical is the line that sums up Jesus’ experience of coming home again.  It says, “he could do no deed of power there, except that he laid his hands on a few sick people and cured them.  And he was amazed at their unbelief.”

Even in the face of miracles - miracles that, by that time, had become so frequent as to be considered common - even when seeing his miracles, these people couldn’t see him for what he was.  They could only see him as that guy they once knew.

It’s entirely possible that if you start living the Jesus life, people around you won’t recognize it or appreciate it either.  They could even be downright hostile.  But even so, that’s exactly what Jesus is calling us to do.

That’s what Jesus did, and that’s what he sent the disciples out to do, too.  The ministry was never only about the man, but about the message and the ministry.  It was about spreading the message far and wide - to the ends of the earth.

Now a days, pretty much everyone has heard about Christianity.  Standing on street corners and preaching, or passing out fliers isn’t likely to do a whole lot.  But there are still a lot of people who haven’t seen Christianity.  Or felt it.  Or benefited from it.

That’s where we come in.  We are being sent out into the world to cast out demons and to heal.  We’re being asked to perform miracles.  They may not look like the miracles we read about in the Bible, but sharing the love of God with people will bring about miracles.  You may never even see them, but it will be miraculous nonetheless.

Living the faith of Christ will set us apart in the world.  It may make us feel like outsiders.  But that’s okay.  The goal is to bring in others.  To turn the world around, outside-in.  Amen.