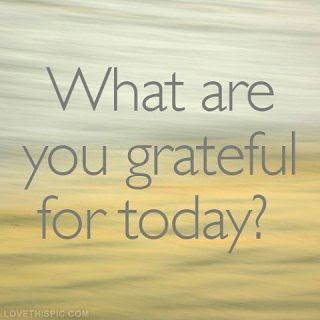 The month of November, with the Thanksgiving holiday looming toward the end, it’s not uncommon for people’s minds to begin to turn to the idea of thanksgiving – giving thanks; gratitude.  During this month each year, my social media feeds tend to be overrun with people engaged in disciplines of expressing something each day that they are thankful for.  It’s nice to see something positive online for a change, even if it can come across a little bit saccharin sometimes.

While it is a part of our national culture to consider what we’re thankful for once each year, as Christians we would benefit from considering thankfulness more often.  But if you’ve been seeing the news lately, it may be hard to consider “gratitude” these days.  In just the week before this writing, our nation has been on edge as more than a dozen bombs have been delivered through the mail to citizens, and leaders of this country.  This past Saturday, as they were engaged in worship, a gunman walked into a synagogue in Pittsburgh and killed nearly a dozen people – all while proclaiming that all Jews should die.  Not by coincidence, this is all happening in the wider stew of the election season, with its hyper-polarity and anxiety.

For me, it calls to mind the opening words of Psalm 137: ”1 By the rivers of Babylon — there we sat down and there we wept when we remembered Zion. 2 On the willows there we hung up our harps. 3 For there our captors asked us for songs, and our tormentors asked for mirth, saying, ‘Sing us one of the songs of Zion!’ 4 How could we sing the Lord’s song in a foreign land?”

Expressing “gratitude” these days could sometimes feel like a foreign concept.  How can we find the words to give thanks when there’s so much hurt and suffering in the world?

The truth is, there is no easy answer.  There is no magic pill that will make us feel grateful when it’s hard to feel that way.  The only advice I can give is to suggest that the best way recognize gratitude is to practice it.  Not just once a year, but as often as you can.

One of the things I’m grateful for in our ministry together at St. David’s is that your leadership takes gratitude seriously.  At the Vestry meeting each month, we set aside time in the agenda to express our thanks for the specific things that people do to keep this church working – and there’s never a month with nothing to give thanks for!  In my own life, I try to begin each week by giving thanks.  I look for opportunities to thank people for their ministries, and in doing so, to thank God for bringing us together.  And each week in worship, there are chances to express the things for which we’re thankful – both in the prayers and in the sharing of joys and concerns.

What I’ve found is, the more I train myself to give thanks, the more naturally it comes.  The more I practice the discipline of expressing thanks, the easier it becomes to see all that there is to be thankful for.

November is a good time to work on this discipline.  There is support for it in our wider culture.  But don’t let it pass next month.  Hold on to your gratitude and watch it bloom.