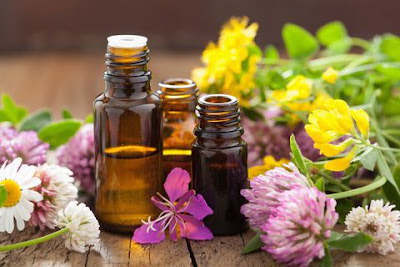 In the name of God: the Creator, the Christ, and the Spirit.  Amen.

When Michael worked in a school, he worked with a teacher who was a big advocate of essential oils.  Not in the way some folks are – she didn’t think oils could be an absolute replacement for Western Medicine – but she recognized that they could be used in a number of ways in the classroom.  In a diffuser, at the very least, the oils could make the class smell better – certainly important with kindergarteners…  But there were some blends that were thought to boost the immune system – which can’t hurt during cold and flu season.  Others were good at helping people to feel energized or calm – depending on the situation.

But when Michael first came home talking about this, it made me think about those words: “essential oils”.  I’d typically thought of the word “essential” with only one real meaning – necessary.  But essential oils aren’t called that because their necessary, per se (though if you ask Jen Trevisan, she might disagree…)  But they’re called “essential” because they highlight the essence of various natural substances.  Scented oils might smell like natural things like roses or oranges or whatever.  Or they might smell like other things: like linen, or “night sky”, or “spring rain”.  But essential oils are different from scented oils because it’s not about what they smell like, it’s about the essence behind these various natural things.

Essential oil from roses isn’t just made to smell like roses – it’s part of roses.  It comes from roses.  It’s at the very being – the very essence – of a big part of what makes a rose unique.  Of what makes it different, even from other flowers.

I thought of that this week as I encountered the story of the Gerasene demoniac – the man from this region who was possessed by demons.  And not just demons, but Legions of demons – more than could be comprehended.  They made their home in this man.  They effected how he lived his life.  He was ostracized from the community.  He went around completely naked.  He didn’t even live in a house, but in the tombs of the region.  This man’s demons had completely separated him from everyone.  He was all alone.

It’s not uncommon for us to speak of people we know, or maybe even sometimes ourselves, as though there are demons.  Most of us probably haven’t encountered someone as outwardly tormented as this Gerasene demoniac – but you may have.  Most of the demons we know and face each day are more along the lines of things like self-doubt…  Or, the demonic residual of traumatic experience: of abuse, disease, anxiety, sadness, or fear.

The truth of Jesus, though, whether or not you can see it at any given moment, is that Jesus can see you.  And not just those things inside you that delude you from the truth – Jesus can see the essential parts.  The essence.  And that essence – the real you that is seen and celebrated by God’s wisdom, underneath and around whatever demons may be tormenting, is that you are good.  You are loved.  You are a child of God who is worthy of all the goodness and love that God has to offer.  That’s the core.  That’s what is essential.

It would be easy to look at this man in the story and say, “He goes around naked.  He must be immoral.”  Or, it would be easy to say, “He lives in the tombs – there’s something wrong with him.”  But Jesus doesn’t see it that way.  Jesus can see and celebrate and support the goodness that all the rest obscured.

My prayer for everyone in this room is that we’ll believe him.  That we will believe, just as Jesus could see past all the mess into the heart of the child of God in this story – that just like that, Christ will see past all of our own mess, into our own hearts, and into the truth that we, too, are children of God.  That Christ will see our essence, and that it is better and more joy-making than we had ever imagined.

It might be tough.  We might not believe it on the first try.  But as that assurance slowly dawns, I pray that we’ll take those eyes of Christ with us into the world.  That when we see the demons of pain and neglect in the people around us, that we, too, will be able to look past them, to see the child of God living inside.  And that we, in the name of Christ, will cast out those demons.  To declare love where it had been obscured and impossible to imagine before.  Because love is already there.  It just needs someone to call it forth.  May God give us that strength.  Amen.
St. David's; Kinnelon