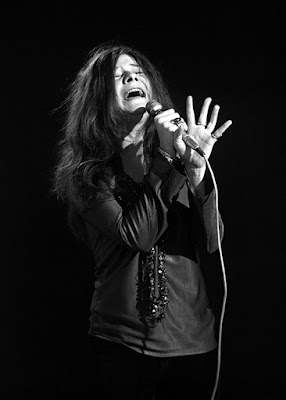 In the name of the one, holy, and living God.  Amen.

We are taught, in the gospel according to Janis Joplin, that “Freedom is just another word, for nothing left to lose.”  A lesson, which is also taught, admittedly with less pith, in the words of the Apostle Paul in his letter to the Galatians.  “For freedom,” he says, “Christ has set us free…  For you were called to freedom, brothers and sisters; only do not use your freedom as an opportunity for self-indulgence, but through love become slaves to one another.”

Freedom is an interesting concept, and one that will be very much in the public view this week as our country celebrates Independence Day – a day when we celebrate freedom, itself.  Does freedom really mean we have nothing left to lose?  Does freedom call us to be slaves to one another?

When I was a child, like most of us probably, I idealized the idea of growing up to mean that I could be free do whatever I wanted.  And there’s a degree to which that’s true.  If I want to buy sugary cereals instead of Grape Nuts or Wheat Chex, I’m perfectly within my rights to do so.  And I’ll admit that I avail myself of that freedom more often than not.  If I want to stay up late, no one is going to tell me I can’t.  I am free to do so.

But, of course, a more mature understanding of freedom recognizes that it’s really all a bit more complicated than just that.

One of the more impactful images that I retained from seminary came to me in a class that was required of all students about the nature of and interplay between privilege and oppression, and the role that our Christian faith plays in those systems. I’m sure the class had a more impressive sounding name, but for those of us who were students, it was known simply as “Oppression 101”.  Our wise professor, now of sainted memory, near the beginning of the course, talked about the relationship between oppressed people and those who participate in systems of oppression.  We tend to imagine these things from the perspective of the ones who are oppressed: African Americans denied access to lunch counters or schools; gay and lesbian people denied access to the protections of marriage; refugee children imprisoned and separated from their parents.

While the experiences and realities of oppressed people are hugely important, and while they help us to summon dormant compassion, our professor encouraged us to see oppression from a different angle.  If you imagine oppression, he taught, as a powerful person or group standing on the neck of a weak person or group – recognize that they’re both trapped.  They’re both denied freedom.  It may be true – and often is – that only one person in this equation has the freedom to make the change necessary to end the oppression, but so long as the situation continues, both people are held in place.  Both people suffer the indignity of a lack of freedom.  The stepped-upon, for obvious reasons; but the one holding the other is also stuck.  So long as he is wedded to holding his power – so long as that power is more important than anything or anyone else, he, too, is stuck.

I think that’s the kind of freedom that the Apostle Paul, and the latter prophet Janis were talking about.  True freedom is not just having the weight removed from your own neck, but freeing yourself to remove the weight from someone else, too.  It’s giving yourself over to freedom from all that held you back before – freedom to grow into your best self, without limitations.  Freedom to let go of whatever had been holding you back, even those things or feelings most deeply ingrained in us.

As Jesus talked about what it meant to follow him, his answers often seemed paradoxical.  People responded to the freedom he professed in this new way of knowing and serving God by saying that they wanted a part of it, too – that they wanted to follow him to realize the fruits of all he claimed.  But he warned them that freedom might look differently than they’d imagined.  It’s not just about sugary cereals and staying up as late as you want.  Freedom is also about responsibility.

Each Sunday, as you come into church, you can sit there and wait for a sense of God’s presence to come to you.  It might even happen from time to time.  You can go through the motions and come forward for a piece of bread and sip of wine, and then go home and reset your life to “normal” for another week.

But that’s not the freedom that Christ is calling you to.  That’s not the freedom that is available to you.  It’s not freedom at all, but consumption.  The real freedom in worship is to engage with all that we’ve been given – to engage with the words, and prayers, (and songs), and people.  To incorporate them into our lives and our thinking, to make them come alive, as they’re longing to do.  The real freedom of this faith is not about taking what’s yours as long as you want it, but about choosing to give yourself over to this faith.  Choosing to stop giving yourself over to other things that stand in the way, and instead, to take the tools of the faith and freeing yourself to let them work in you and use you.  Choosing to let the tools of the faith stay with you after you leave on Sunday morning, and choosing to let them inform and guide your life every day.

No one is standing over you demanding that of you.  And I’m completely convinced that if your only interaction with faith in Jesus Christ is about coming to church on Sunday and getting your little piece of the pie, then God will still love you more than you can imagine.  You don’t have that to lose.

The freedom that Christ has in store for you is never about loss – one way or another.  It’s only about gaining your best self.  It’s only ever about love.  Amen.
St. David's; Kinnelon