What does "all" mean? 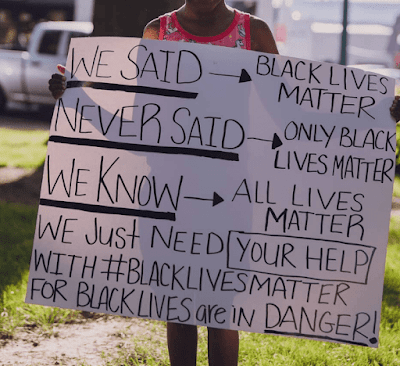 2nd Sunday after Pentecost, Proper 6A

In the name of the God of all creation.  Amen.

Several years ago, as the debate about whether gay and lesbian people were actually beloved by God or not was raging throughout the Anglican Communion, Archbishop Desmund Tutu from the Anglican Church of South Africa gave his unique, warm, voice to the subject.  Versions of his words appeared in a number of written texts – letters, speeches, sermons, books…  But one of my favorites among them came from a commencement address that he gave in 2012 at Gonzaga University in Spokane, Washington.

I’ve actually quoted his words numerous times over the years, but one of the benefits we have from having had our technology evolve so necessarily over the past few months is, now I know how to share it with you, directly – so you can hear this quote in his own words, with his own inflections.  So, hear now, the words of Archbishop Desmond Tutu.

No one is outside this family.  God’s family.

The first time I heard those words, it was like a revelation for me.  His pleading, repetitive, insistent leaning on the word “All: all, all, all, all, all…”  It was both prayer and proclamation.  All people were a part of this family.  All.  Full stop.  All.  Whatever qualifications you may have considered applying – give it up.  This is for all.  No questions asked.  God won’t have it any other way.

I could never hear the word “all” the same way again.  Whenever anyone would try to divide us, Desmond Tutu shared the wisdom of God which says that love beats division.  And love is defined as “all”.  It can’t be contained.  It can't be split.  It spills out past the divisions.  It overflows so much that we can only imagine it as “all”.

That’s what God’s love means.  All.

Those words – that word, “all”, in particular – draped over me again this week as I read the words of the Gospel.  How Jesus, then, “went about all the cities and villages, teaching in their synagogues, and proclaiming the good news of the kingdom, and curing every disease and every sickness.”  And, “when he saw the crowds” – when he saw them all – “he had compassion for them.”

But that’s a straw man.  It’s an alteration of the bigger point.  It’s a manipulation of one side that’s meant to sow division – and in the most pernicious way: by masquerading as a point of false unity.  The point of the Black Lives Matter movement isn’t to say that all lives don’t matter – its point is to say that ALL lives do matter – even those that most often tend to be left out.  Even those who usually aren’t counted among the “all”.  It’s saying that “all lives matter” only works if we hear “all” the way Desmond Tutu says it – insistently.  Prayerfully.  Pleadingly.  “All” doesn’t work if it’s meant to quietly cut some out.  “All” only works if we mean it, and if we demand it.  It only works if we mean the “clever, and the not so clever”, “the beautiful, and the not so beautiful”, and all the rest.

The mystery of God’s love is that it is all – overabundant, repetitive, pleading “all”.  But at the same time, it’s also discreet.  It’s person and individual.

There are times when the style of biblical storytelling seems to me to convey more than the content, and today’s Gospel is one of those times.  The content is pretty simplistic.  Jesus went and did all these wonderful things and then he sent others to do them, too.  It’s a formula we’d be wise to remember and follow.  But the style tells a little something more.  The style starts with the “all” – he “went about all the cities and villages… curing every disease and every sickness”.  But then it unfolds into the particular.  It doesn’t just flatly say that Jesus sent the disciples.  It names them.  Individually.  Because it’s not just about the “all”.  It’s about the “all” that includes every individual.

As we hear those names, I hope we’ll hear our own.  I hope we’ll hear it the way Desmond Tutu can’t stop saying “all”.  Those names aren’t mentioned to say that that’s where the sending stopped.  They’re given to us to show us just how important individual ministries are, too.  How individuals’ callings are the stuff of “all”.  They are the building blocks of the compassion that Jesus had for all and modeled for us.

Tutu’s speech ends: “God says ‘help me’… so that my children will get to know: we belong in one family.  God’s family.  The human family.  And no one – no one – is outside this embrace.”  Not one.