Who cares? We should. 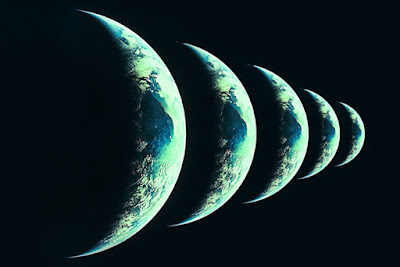 
In the name of God who is creating, Christ who is restoring, and the Holy Spirit who is blessing.  Amen.

Not too long ago, I was reading an article about how physicists had found what they believe to be evidence of alternate universes – or more accurately, that we do not actually live in a universe as we’d previously assumed, but in a multiverse, where there are co-existing alternate realities.  It probably wouldn’t surprise you to learn that my liberal arts education and seminary training covered very little in the way of physics, so it didn’t take long for this article to go over my head, and I didn’t make it all the way through.  But the crux of it, as I much as I could grasp it, was that there exist these incredibly tiny particles in the universe – so tiny, in fact, that they can pass effortlessly in the space between the protons and electrons of atoms.  As such, as these subatomic particles interact with the earth, we never perceive them.  They simply pass through.  The reason these physicists believe that certain of these particles indicate the existence of a multiverse is because they have now detected particles not just falling to the earth, but rising up out of the earth.

As little as I can possibly understand this idea, my first thought on reading this was, “Well, if the particles simply pass through the earth, through and between all the atoms, wouldn’t they seem to be ‘coming up’ on the other side, when they came out?  How do we know that these particles that seem to be ‘coming up’ aren’t just passing through from the other direction?”

My second thought, though, was a bit more simplistic.  I thought, “Who cares?”  If there is a multiverse, and if these particles are coming through hither and yon, passing through all the earth and everything in it – even me – does it really matter a hill of beans if I can never perceive it?  If I never feel it, or hear it, or smell it, or taste it, or even have any concept of these alternate realities, what difference is it to me if they exist or not?

But in the end, who really cares?  Who cares if there is this doctrine, or not?

One of the things people often like to ask me about when they learn that I’m a priest is about my thoughts and beliefs about what happens after we die.  Sometimes it’s about what we should expect for ourselves, and sometimes it’s about what I think about things like ghosts or spirits.  Of course I have my own thoughts and ideas on the matter – as I think we all do – but the crux of the answer that I usually give is that I don’t know.  There are certainly some things we’ve come to embrace as a part of the Christian faith.  And there are ways that scripture helps to point us in certain directions.  But the reality is, no one here really knows.  There are those among us who have strong beliefs.  There are those among us who have had experiences – sometimes powerful experiences – that inform their belief.  But knowledge – real, deep, fact-based knowing is more elusive.

What I do know about the world, and what I do believe about these matters of spiritual questioning that are so common, however, is that there is a lot that we don’t know.  There’s more that we don’t know than we could possibly wrap our minds around.  The mysteries of the Trinity, and the debate over a single universe versus multiverses – those are also things we can’t know definitively – at least not right now.

In these words, from the end of Matthew’s Gospel that we read today, the message of Jesus ends with his assurance that he will be with us “always, to the end of the age.”  If the faith of Christ and the work of the church were something simple – something pithy that would fit neatly in a pamphlet (or neatly in our own minds), then we wouldn’t need Christ to the end of the age.  We could just hear the quick answers and move on.  But faith doesn’t work that way.  There aren’t easy answers.  There is always more to strive toward and more to try to understand.

Last week we recalled our baptismal covenant as a part of the liturgy.  We recited the words of the Apostles’ Creed to outline the faith that’s been passed down to us, but we also asked those five questions following the creed about how our faith would get lived out in the world.  Would we seek and serve Christ in all persons, loving our neighbors as ourselves?  Would we strive for justice and peace among all people, and respect the dignity of every human being?  Would we persevere in resisting evil, and when we fail, repent and return to Christ?

It’s never enough to say, “Who cares?” because God cares.  And to truly be in relationship with God, we are called to care, too.  Amen.
St. David's; Kinnelon