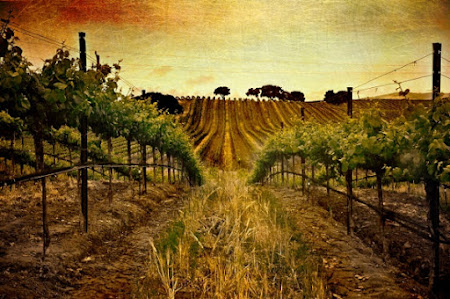 In the name of God, who gives every good gift.  Amen.

There’s an interesting fact about Episcopal Church history that I wonder if you know.  It’s no secret that Anglicans and Episcopalians have been leaders in this country since its earliest times – even back to colonial days.  More US Presidents have been Episcopalian than adherents of any other religious tradition.  That’s part of why our governance structures mirror those of the national government – because a lot of the people who spent their days organizing the United States government spent their evenings organizing the Episcopal Church.

But the interesting fact I wanted to share with you is about Social Security – formed as a part of the “New Deal” led by President Franklin Roosevelt.  He was an Episcopalian, and a sometime Vestryman and Warden at an Episcopal parish in the Hudson Valley.  Well, the Social Security Administration was modeled after our own Church Pension Fund – the organization that oversees much of the record-keeping of the Episcopal Church and the retirement plans for those of us who work in the Episcopal Church – both lay people and deacons, priests, and bishops.

I thought of that, because I’ve recently heard people complaining about potential assaults on Social Security by saying things like, “my Social Security isn’t an entitlement – I paid into it and it’s mine to take it back!”.  The problem is, just like in the pension fund, that’s not exactly true.  Social Security works a lot like pensions do in the Episcopal Church.  The money that’s being paid in today isn’t being squirreled away for each of us to withdraw from someday.  It’s being used right now to pay for the retirement benefits of others.  We should be concerned about potential mismanagement of Social Security because it’s a good system that has drastically reduced incidences of poverty among the elderly and the infirm – but not because each of our little pots of money is threatened.  It’s bigger than that, and decidedly less individually-focused than that.

That’s the sort of thing we’re hearing about today in both the reading from Jonah and the Gospel lesson.  It’s about people worrying about what they’re entitled to – without thought of the greater good, or the bigger picture.

Jonah is fighting with God.  Now – I don’t say that with any sort of judgement against him.  I firmly believe that any true and deep relationship with God is going to involve a little fighting.  At least a little.  I’ve certainly been known to yell at God now and then when I don’t feel like I’m being treated fairly.  That just means the faith is real.  But, like most of my own fights with God, Jonah’s fight isn’t really grounded in reality – at least not any reality beyond what he can see from his own limited worldview.  But, he’s fighting with God because he believes that others are getting grace that they don’t deserve, and he, himself, is not getting the benefits he feels like he deserves.

In the parable from Jesus, it just seems that everything old is new again.  The story he tells is of a landowner who hires people – day laborers, essentially – to help him work the land.  Later in the day, he hires more; and later still, more.  He did this again and again throughout the day.  But when it came time to pay the laborers, they were all paid the same – a day’s wage.  The ones who had been working longer protested that it wasn’t fair.  But the thing is – they were paid exactly what they’d been told they would be paid.  It was fair – and for the others, it was generous.

The underlying lesson is the same in both stories – don’t concern yourself with the benefits that others receive, only be grateful for the benefits you receive.

Of course, that’s easier said than done.  We do live in the context of others.  We do see (or at least we think we see) how “good” others have it, and it can be tempting to feel like we’ve gotten the short end of the stick.

Earlier this week, I saw where Robert Reich had pointed out that if Jeff Bezos would give every employee of Amazon $105,000 today, he’d still have as much accumulated wealth as he had just six months ago – before the pandemic.  That’s nearly $84 billion he could just give away, and still be fantastically wealthy.

It might be tempting to call out to God that that’s unfair – and it is, there’s no question.  But the point of these lessons today is that that’s not the point.  Fairness, in God’s economy works out differently than it does here on earth.  And when we focus on the “stuff” in life, we miss out on relishing in the goodness that God has already given us.

That doesn’t mean we shouldn’t strive for justice here on earth, but it does mean that God has even more for us – not stuff, but grace.  Not money or possessions or wealth, but something even better.  And one of the ways that we give thanks to God is by striving for justice here on earth – not so we can get a bigger piece of the pie – no, that’s way too small – but we continue in our striving so all of God’s people can live and flourish to give praise another day.

And, if in any given moment, that doesn’t feel like enough, go ahead and argue with God.  Scream at God.  Say mean things to God.  God can take it.  And, if you’re open to it, it might just make you a more faithful person on the other side of the screaming.  Once you get it all off your chest, it might just make you a little more open to hearing those pieces of God’s call that couldn’t make it through the noise before.  Amen.