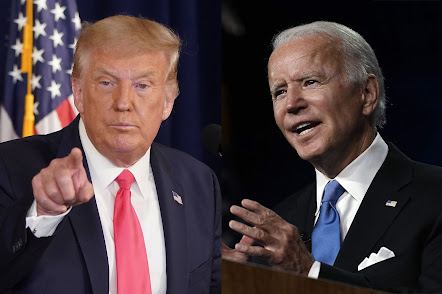 In the name of the God of all power.  Amen.

I don’t know about you, but I’m so sick and tired of politics and elections and scandals that I just about don’t know what to do with myself.  And that’s saying something coming from me.  Some of my earliest memories are of listening to the news on NPR with my parents in the car.  I was raised on this stuff.  I was steeped in it.

There was a time not too long ago when a presidential election year was like the Olympics for me.  I’d block off my calendar with the dates of the conventions and the debates and the town halls and the night of election returns.  I’d follow the polls like they were from the pages a favorite novel – following turns in the plot and the story with each new number.

But these days, the whole process has lost its luster for me.  The game has turned ugly.  It’s gone from being a tale of adventure and intrigue to a tale of horrors.  It’s tempting to just stick my head in the sand.

And now, just over a month out from election day, I suspect I’m not the only one.  I suspect a lot of us would rather just stick out heads in the sand until we make it to the other side.

I’ve said it before, and I’ll say it again – sometimes it feels like the planned readings in church have conspired to meet us where we are, and more importantly, to pull us to where we need to be.

Today, as our nation is engaged in a near-epic battle for authority at just about all levels of government, and as most of us are feeling the weight of this battle dragging us down, and as some of us are facing the temptation to just start ignoring it all – today, the Gospel plan is to talk about authority.  It’s just what we needed to hear.

In Matthew’s Gospel we have these two seemingly disjointed stories.  First, there’s the story of Jesus teaching in the temple.  The temple leaders confront him about his authority.  Basically, they say, “Just who do you think you are?”  As is so often the case in these kinds of moments in the life of Jesus, the confrontation ends with Jesus wrapping his adversaries in a web of confusing thoughts and conundrums.

Then, as they’re grappling with that, Jesus continues teaching.  There are two brothers: both are asked to help their father, but one refuses and one agrees.  If that were all there were to the story, it would be easy to answer Jesus’ question about who it is that is doing the will of their father.  The one who agrees to help.  But then the story goes on – there’s a wrinkle yet to be seen.  The one who refused eventually had a change of heart and went on to help.  And the one who agreed never followed through.  So now who is in line with their father’s wishes?  Is it the one who said what he wanted to hear, or the one who actually did what their father needed them to do?

But as God gets laced evermore intricately into our story, the real questions start to change.  What does authority even mean?  What is powerful?  The underlying urge of human nature seems to constantly push us toward physical power as the answer.  But as our intellect and our emotional strength and our spiritual astuteness grows, we begin to see that there may be more to the answer than just our base instincts.

We hear that insight from the church in today’s collect.  In that prayer, we call out to God as one whose almighty power is declared “chiefly in showing mercy and pity.”  We recognize that God’s power isn’t just in the flashy vestiges of power – the lightning bolts and thunder claps, the power to control things in nature that we could never imagine harnessing.  No, God’s power is chiefly shown in something that even we can do – showing mercy and pity.  It’s a power that’s within our grasp, even if it is often hard to hold onto.

We worship God, we honor God, we recognize God’s authority – not because God has all the physical power we can’t have – but because God has shown us the way to having those deeper powers we can reach.

These days that are at hand are challenging.  They’re likely to continue being challenging for a while now.  But we won’t come into the power and authority as Christians that God envisions for us by sticking our heads in the sand – as tempting as that may seem.  The only way we will reach the goal will be to practice the power and authority that is already within our reach – power that comes chiefly from showing mercy and pity.  May we all be so bold.  May we all strive to live with that authority.  Amen.