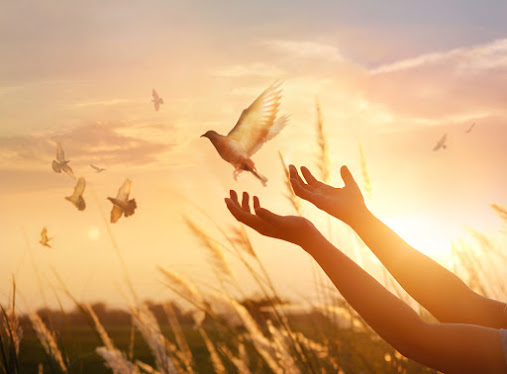 In the name of the God of all mercy.  Amen.

Good and evil may be among the most complicated concepts that humanity endeavors to understand.  It’s elusive, because it seems so simple.  There is good in the world.  There is evil in the world.  And we usually think those are pretty clearly differentiated.

Popular culture would often have you believe it’s clear.  Most movies and TV shows and fictional books have a clear “good guy” and a clear “bad guy”.  Earlier in this pandemic, one of the ways that Michael and I passed our time in quarantine – particularly in the early days, when we held it very strictly – was that we endeavored to watch all of the Marvel super hero movies.  We have a friend who is an aficionado of such things, and he guided us in the ideal order in which to watch the films.  There are currently 24 films in the series, so it is no small undertaking.  To date, we’ve gotten through most of them – I think we only have two or three left.  And while there were some we liked more than others, and some that Michael liked and I didn’t, and vice versa – one of the common themes that straddled all of the films was good and evil.  And though we often did see less than flattering sides of some of the protagonists, throughout the series, there tended to be pretty stark lines between those who were “good” – even if they weren’t perfect, and those who were “evil” – even if their evil was rooted in some past pain.

But life outside of fiction almost never works that way.  Good and evil are much more often in flux between one another, and blended into one another.  It reminds me of a line from my favorite TV show – the West Wing.  President Bartlet is reflecting on his job and he says, “Every once in a while, there’s a day with an absolute right and an absolute wrong. But those days almost always include body counts. Other than that, there aren’t very many un-nuanced moments…”  And that’s kind of how it is for us.  There really aren’t very many un-nuanced moments in our lives.

So with that reality in mind, we encounter these lessons from the sacred texts today.  First, we meet Joseph, of the Hebrew Scriptures, and his brothers.  You may remember, Joseph is the one who was sold into slavery by those same brothers, and carried off into Egypt from the Promised Land.  In time, he beats all the odds and rises up to leadership and prominence in the Egyptian empire.  By this point in the story, his brothers and his father had followed him to Egypt to feast on his kindness in the midst of a famine.  Of his goodness, Joseph helps them out.  But now their father has died and the brothers fear that Joseph’s kindness will end.

In an act of maturity that most of us could only aspire to, Joseph once again looks on his brothers with compassion.  He looks at the experience with a long eye – seeing not just his brothers’ corruption, but also the good that God brought out of even their evil intentions.  He sees that there are nuances to his reality, and so he errs on the side of kindness and forgiveness.

Because that’s what forgiveness really is – it’s finding a way to see the world differently than your initial circumstances might lead you to see it.  It’s finding the nuance in your experience, and finding that your world will be better and more tolerable if you can begin to see it with grace and mercy, instead of anger and resentment.

When we forgive it changes us.  No one else – just us.

Of course, that doesn’t mean we’re called to be doormats.  When relationships in our lives are toxic to our spiritual and emotional health, it is sometimes better to walk apart.  But hanging on to the anger and resentment of our experience will only hold us back.  Learning to live into forgiveness will free us.  And that’s why it’s something we have to keep doing as many times as it takes.  Because forgiveness isn’t a one-off solution.  It’s the sum of forgiving again and again until we find that freedom that’s promised.  It’s learning to live into forgiveness, not simply saying, “I forgive them,” through clenched teeth and smoldering rage.

It takes time, and practice, and persistence.  It’s a discipline – like all of our Christian callings.  Following Christ, and living in community, and taking these stories into our hearts and our lives is just one part of the journey.  Amen.