The ORIGINAL Home Alone: Lost in the Temple 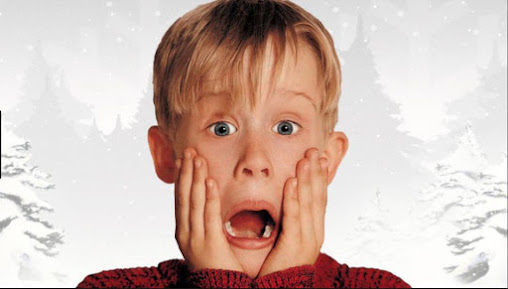 In our household, one of the traditions of Christmas time is the annual watching of Christmas movies.  This year, with the pandemic grounding us, we’ve been leaning on these movies even more than we typically do.  Some are classics that we come back to year after year – Miracle on 34th Street, It’s a Wonderful Life.  Each year it seems there’s something new that grabs our attention.  Last Christmas was one of those this year.  But then there’s the modern classics – chief among them, the Home Alone movies.

We don’t always get a Second Sunday of Christmas – but whenever we do, the Gospel we read this morning is one of the ones we can read.  And the Second Sunday of Christmas is the only Sunday where this lesson is read.  So it’s not one that we delve into very often.  Even so, the story is one that has captured the imagination of Christians through the ages.  Much the way the Home Alone series has endured, this gospel today tells the story of a child, separated from his parents.  But while Kevin, in the movies, is defending against dim-witted robbers, the child, Jesus, is seated at the feet of the teachers in the temple – delving more deeply into the faith.

Like the Home Alone movies, once Jesus’ parents discover that he is missing, they immediately set about trying to find him.  In the Gospel we’re told that they searched for three days – reminiscent of another time that Jesus was thought to be lost for three days – but we’ll talk more about that in a few months.  The story goes on to report that Jesus defended himself from his parents’ questioning – where else might he have been, other than in the temple? – but that from that moment on, he returned with them to their home in Nazareth, and became obedient from then on.

Theologians will tell you that this becomes a sort of turning-point in the story of Jesus.  There’s a subtle moment in the text toward the end there, where it says, “Then he went down with them and came to Nazareth…”  The idea is that since his going is mentioned first, it’s a subtle nod to the change in the story that’s about to happen – that now he’s leading, and everyone else is following.

Maybe, like the being lost for three days thing – maybe it’s an intentional literary device, meant to shift our perspective.  I don’t know.  It seems perhaps a little too subtle to me to have much of an impact, but maybe it was on purpose.

For me, however, I’d rather focus on the idea of being lost.  I remember, in my late teens or early 20s, the first time I saw that bumper sticker that said, “Not all who wander are lost”.  It was at a time in my life when I was, pretty clearly lost – trying to find my way through a faith that had seemed to have abandoned me, trying to find my way through life – during a period of my life when that proverbial question for young people “what will you do when you grow up” seemed to be catching up with me at last.  And up to that point, I had always heard of being “lost” as a judgement.  The more Evangelical folks around me in the South would speak of people as “lost” – but the subtext was generally that “lost” meant different, and different meant lesser, substandard.

So, to feel “lost” carried a lot of weight.  And seeing that bumper sticker wisdom, “Not all who wander are lost” – it felt like weight had been lifted from me.  Perhaps I wasn’t lost – perhaps I was just wandering?

Looking back, I realize that I was pretty much lost during those days.  I came to learn that it wasn’t the irreparable state that I’d always been taught that it would be.  Moreover, I’ve come to learn that “lost” shouldn’t carry with it the judgment that I always thought that it did when I was growing up.  Being lost is part of growing.  Sometimes we have to be a little lost to find our way.  If we’re never lost, we’ll never find our way.

The story of Jesus gives us some cover for those times when we’re lost.  From an outsider’s perspective, even Jesus was “lost” a couple of times.  Of course, during those times when he was lost, it turned out he was actually right where he needed to be.

And you know what?  When I’ve been lost, it eventually turned out that that was right where I needed to be, too.

We all feel lost sometimes.  And that’s okay.  We all have to recalibrate and find our way now and then.  And that’s okay.  Not all who wander are lost.  Even if we think we’re lost, it may just be where we need to be in that moment.  That doesn’t mean it feels good.  That doesn’t mean we have to enjoy it.  It just means it’s okay.  Even Jesus was lost a couple of times.  At least, that’s what we thought.  And it turned out, he was right where he needed to be.  More often than not, we are, too.

This is a time in our collective lives when a lot of us are feeling lost.  But it is a time for us to recalibrate.  As individual people, but also as a church – and maybe even more, as a culture.  These days have taught us a lot: what endures, even when we feel lost; what matters most, even when we can’t have everything we want; what it takes to hold on to what endures and what matters, even when circumstances are standing in the way.

So it’s time to recalibrate and find our way again.  Not all is lost.  And even among many of those things that are, it’s okay.  We’re not lost.  We’re right where we need to be, and we’re finding out way.  Amen.