The Limitlessness of God's Call 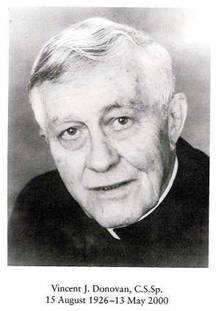 In the name of Christ: through whom we are called.  Amen.

It seems that so often my best sermon prep happens on Facebook.  While scrolling through a few days ago, I stumbled across this little note that a colleague posted about the writings of Vincent Donovan – a Roman Catholic priest who served for several years as a missionary in eastern Africa.

Fr. Vincent wrote about his experience sharing the faith with members of the Masai tribes in Tanzania.  He was explaining the concept of “sacrament” to the men of the tribes, and talking about the seven sacraments.  He described sacramental actions as moments.  They are, he proposed, those moments when some physical event or action or experience connects us with God – with the Holy, or the transcendent, or with some inexplicable grace.

He could sense the men weren’t feeling satisfied by his descriptions.  Finally, one of the elders raised his hand and explained their dissatisfaction.  “You say there are seven sacraments.  Only seven?  I thought there would be seven thousand!”  Though these men were new to the Christian faith, they were not new to holiness, or transcendence, or grace.  Those are simply a part of the human experience.  They couldn’t comprehend a faith that would limit those moments to the seven that were described.

It was a moment of grace for me to stumble upon that story this week, while reading these stories of “call”.  It’s true that there are thousands of sacramental moments that we all encounter in our lives – thousands of times when we feel the closeness of God through the humble physical experiences of our lives.  And the ways that God calls us are perhaps among the most sacramental – they are moments that reveal to us how close God really is, all the time.

First, there’s the story of young Samuel – a prophet in the making.  He was serving God under his mentor, Eli, when God first reached out to him in the quiet of night.  Sometimes that’s how God comes – when our senses and our minds are stilled enough to hear what’s been lurking beneath the chaos all along.  But at first, Samuel doesn’t recognize the call.  At first he thinks it’s Eli.  It’s a reasonable leap to take – when we hear a voice in the night, we’re more likely to look to the people around us than we are to look to the heavens.  Even Eli, in his wisdom and experience, does not at first recognize Samuel’s call.  But God’s calling is persistent.  And, by the third time Samuel comes running to him in the night, Eli recognizes what’s happening.  He tells Samuel that it is the Lord, and that he should listen.

There are a couple of truths about our own experiences of call that get confirmed in this account of Samuel’s call.  First, God’s call for us is sometimes more easily recognized by others – not just by ourselves, but by our communities and leaders.  Sometimes it takes a fresh set of eyes to get a sense of how God sees our best potential.

It’s been said that a leader without a following is just a person out for a stroll.  Similarly, a call without the support and affirmation of a community, is often not much more than a whim.  It’s easy to become convinced of our own desires, but the community keeps us honest.  That’s one of the roles that the church plays in our lives – it gives us a venue to tease out the differences between our own motivations and God’s call.  They’re not always entirely different – but it takes work and reflection to come closer to knowing. 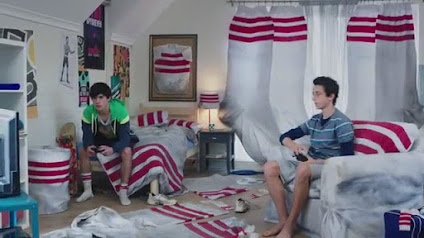 But it’s also revealing that Samuel hears God’s voice in the night.  So often, our lives are so full of noise that we drown out any possibility of really hearing God’s will for us.  It’s not until we seek out and embrace the quiet that that “still, small voice” can begin to be heard.  Have you ever seen those commercials on TV for Fabreeze air fresheners?  They show people living in stinky places, but they’ve just gotten so used to it that they can’t even notice it anymore.  The commercial says they’ve “gone nose-blind”.  Well, carving out space in our lives for quiet and reflection is sort of like what the people at Fabreeze promise about using their air freshener.  It resets our perspective.  And it makes us more able to see (and hear) what we might have been missing before.

This story of Samuel sets the stage for this Gospel that’s also all about call.  Jesus is calling his disciples.  In the context of our Christian seasons, the calling is the bridge between the preparation, and the nativity, and the baptism that we’ve been focused on for these past several weeks, to Jesus’ ministry.  In some ways, this is the real end of Advent.  All that’s happened in Christmas and Easter and Epiphany have been leading to this: to the ministry that’s about to begin.

Of course, the answer is yes.  And the same is true for us, and for our callings.  We might cynically ask, can anything really good come out of us?  Why would God call us?  Aren’t there better people?  More capable people?  Holier people?

Like the elders of the Masai saw that “sacrament” couldn’t be limited to just seven discreet things – that God interacts with the world in “thousands” of ways – limitless ways; so, too, is God’s call not reserved for a select few.  God is calling all of us – you and me and everyone we meet – to that ministry, that way of helping God interact with the world.  Your calling is perfect for you.  And mine is perfect for me.  Even those people that bug us, and rub us the wrong way – God is calling them in ways that are perfect for them.  Thousands of ways.  More than we can imagine.  That’s the wideness of God’s call.

We have to work to hear it, though.  We have to test it in community.  And we have to be ready to hear God calling in unexpected ways.  God’s wisdom always surpasses our own.  Listen up.  God is calling you.  Amen.