Speaking a better existence into the world 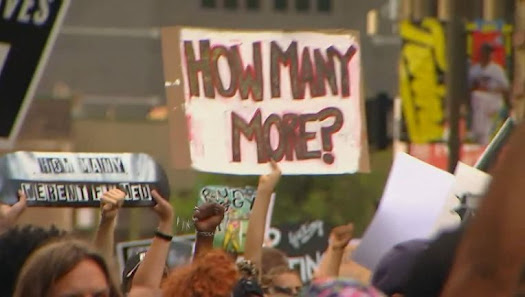 In the name of Christ, who speaks.  Amen.

A few years ago, a colleague of mine was talking about something she’d learned from her daughter about fundraising.  Her daughter was leading development (or fundraising) efforts for a major university.  After a few months of unprecedented success – raising millions of dollars for the university’s endowments, her mother asked her what the secret was.  How come her daughter was able to raise so much, so effortlessly – when she, a priest, struggled so much to make ends meet in the church?  Even aside from the fact that she and her daughter were in different fields – how was she able to raise so much more than even her predecessors in the position had raised?

The secret?  She told her mother, “I ask.”  Of course there were other elements – like knowing your donors, and what they’ve given in the past, and knowing about their professional lives, and estimating their abilities, etc.  But, she said, the first mistake that most people who work in development make is the same first mistake that most churches make – we forget to ask.  We don’t clearly identify the need and ask for a solution.  And, of course, in the church, our failure to ask doesn’t always just extend to donors – it extends to God.  In our efforts at getting our relationships with God “right” we demurely refuse to ask for what we think we need.  Of course the answer could be “no” – either from potential donors or from God.  But there is power in asking – even if that power is just coming to an eventually clearer understanding of a better ask down the line.

I thought of that story again a few years later – but this time the lesson wasn’t about fundraising, but a deeply challenging pastoral situation.  I was working as a Youth Minister in a congregation, when a pillar of the congregation had a sudden and massive heart attack.  He had two young daughters, one of whom was a part of the youth ministry.  I spoke with the priest I was serving under, and she told me the outlook was grim.  He hadn’t been revived following the heart attack, and death was imminent.  I was charged with going to the hospital to provide pastoral care specifically for this daughter.  I spoke to my Rector and asked her what I should do.  She said, “Pray with her.”  I admitted to her that I wouldn’t know what to pray for.  She said, “Ask her what she wants you to pray for, then pray that.”  My mind reeled.  What if she asked me to pray for something that I knew wasn’t going to happen – like to have her father stand up and be instantly healed?  What if she wanted me to pray for something that wasn’t even possible – like, for it never to have happened.  What would I do if she asked for the wrong thing?  In a conversation I’ll never forget, my rector said, “Who are you to determine what’s right, and what’s wrong?  She just needs to know that God hasn’t abandoned her, and that’s what you can be for her – a conduit to her remembering that God is still here – even now.  The prayer won’t even really matter as much as the fact that it was prayed.  And besides – who are you to say what God can and can’t do?”

Today we hear a story of Jesus speaking power in God’s name to a man possessed by a demon.  As Jesus is teaching in the synagogue, a man controlled by a demon comes in and cries out to Jesus.  The demon challenges Jesus, but also acknowledges his power.  The gospel tells us, “Jesus rebuked him, saying, ‘Be silent, and come out of him!’  And the unclean spirit, convulsing him and crying with a loud voice, came out of him.”  He spoke, and the demons obeyed.

In the context of Christian literature and the evolution of the faith, this story is really meant as a proof – a story that speaks to Christ’s authenticity as the chosen one of God.  It’s meant to convince those who hear it of everything else he said, the way it convinced those onlookers in the synagogue.

But for us, it speaks to a wider truth – the truth that Jesus showed us that there is power in speaking God’s word in the world.  Probably the closest most of us will come to this sort of dramatic casting out of demons would be if we watched some movie about exorcisms.  But even so, we face evil every day.  We face evils of injustice when we see people struggling with food insecurity and poverty.  We encounter evil when we see racism, either in explicit ways, or even its more pernicious and more common form: tolerating the subtle racism of those around us, or even within ourselves.  We inhabit the same space as evil when we are either tempted by, or learn of others’ moral and ethical shortcomings.  And when we recognize evil, we have the power and the responsibility as Christians to call it out.  That is our inheritance.  We follow one who saw evil and called it out.  And out it went.

It’s easy, in the moment, to let it slide.  It’s easy to say, “Why should I intervene?” or “It’s none of my business.”  But the same way the church falls short when it’s nurturing potential donors, or the way we can all fall short when we over-edit ourselves in prayer, our first failing is to not speak up – to not ask.  There is power in speaking.  There is power in pointing out the evil that we see in the world and demanding something better.