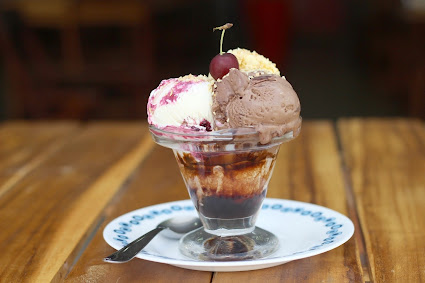 In the name of God: our light, who shows us a new way.  Amen.

Anyone who has ever spent much time with children has probably experienced a story pretty close to the one I’m about to tell.  It seems to be an almost universal part of human development.

Reading the lessons for today, I was reminded of an interaction I witnessed between my brother and his oldest son, Brooks, several years ago.  All of my nephews have always been pretty picky about food, and dinner time was often the scene of some pretty gruesome battles when they were around.  One night, we were all eating together at my parents’ house, and Brooks was not at all impressed with what had been served.  He rearranged the food on his plate for a while, uninterested in actually eating it.  He and my brother would argue, and once ever several minutes he’d form the tiniest bite he could on his fork and choke down a few molecules of whatever it was we were eating that night – only to go back to shoving the food around on his plate again.

After a while of this ongoing, back-and-forth, my dear nephew finally proclaimed that he couldn’t eat another bite.  He was “full”.  He had probably eaten about a quarter of what had been intended for him, but he was “full”.  My brother gave in and said, “Okay, you don’t have to eat anymore.”  Relieved, he smiled and pushed his plate away.

Following a beat – not even a minute – just one beat of a pause in the course of the conversation, Brooks asked my mother, “Can I have some ice cream?”  Incredulous, but really more amused, I had to point out the logical flaw in this course of events.  I said, “But Brooks, you just said you were full!”.  Fearing he’d be directed back to the plate of food that didn’t interest him, he reiterated, “I am full!”.  “Well, if you’re so full, how can you want ice cream?  You’re already full.  There’s no room.”  Clapping back with the assurance of a winning argument, he said, “Well, I’m full of that.  I’m not full of ice cream.”

I still chuckle to myself whenever I think back to that night, not just because his argument was so amusing, but because I distinctly remember making the exact same argument when I was a little kid one time.  And in my mind, it made perfect sense.  I was full of what didn’t interest me, but not of what I wanted.

It’s a story that comes to mind every time I hear this account of the Hebrew people, following Moses in the wilderness.  They’re crying out, “Why have you brought us out here to DIE!  There’s absolutely NO food!  And we don’t even like all this food…”

It doesn’t follow, logically.  But that’s because we’re seeing it from the outside.

One of the things that I value most about our observance of Lent – and I’ve said this before – is that it takes us outside of ourselves, for a bit.  It changes our routine just enough to help us to see what we’ve been missing – often things that have been right under our noses the whole time.  From the perspective of the Hebrew people following Moses, there’s just one way of seeing the world: as burdensome and failing.  But if we step outside just a little, we can see more.

An example of this for me this year, is that I’ve seen something in the Nicene Creed that has had a renewed impact on me this year.  And it probably wouldn’t have happened – at least not right now – if we hadn’t changed things up a bit for Lent.  It’s a seemingly simple phrase that I’ve often overlooked – just because we always say it.

So much of what the church is about is about training us to look for resurrection.  It’s about training us to look for life – that spark that connects us with God – where we couldn’t see it before.  It’s about finding hope in the midst of despair; finding progress in the midst of stagnation; finding light where we had previously been kept from seeing quite so clearly.

The Gospel tells us that Christ came into the world to be “lifted up”.  Tradition tells us that when Jesus says “lifted up” here, it’s an allusion to the cross; a bit of foreshadowing that begins to show the people following Christ what to expect.  And maybe that’s true.  Maybe that is what the communities who first shared these stories meant when they reported these words.

But that doesn’t mean that’s the only thing it can mean.  With our different perspective, we can hear something else entirely – some other bit of truth that has been lurking beneath the surface the whole time, but that we couldn’t yet see.

Through the eyes of people looking for resurrection, “lifted up” can take on new meaning.  Perhaps it means that Christ is to be highlighted, to be seen more clearly.  Christ is that aspect of God that most closely ties humanity to God: the part that helps God know us better, and that helps us know God better.  Perhaps it’s not the death that the God of Life wanted to draw our attention to.  Maybe it’s that relationship that God wanted to lift up – that God wanted us all to see a little more clearly.  And that title that’s used there – “Son of Man” – that’s a way of talking about Christ that is all about relationship; defining Christ as the relationship between God and humanity.

Just a slight change in perspective can change the whole world.

I pray that in these waning days of Lent, you’ll see something that had previously eluded you.  I pray that you’ll hear the voice of God speaking to you – perhaps in a voice that’s always been there, but that perspective kept you from really hearing, a voice that now you can hear because you’ve changed, you’ve grown.  I pray that you will look for resurrection; because wherever you find it, you will surely find God.  Amen.