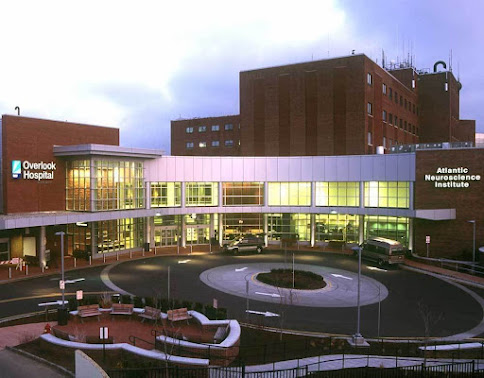 In the name of God who shows us the way.  Amen.

One of the aspects of training that is required of aspiring priests in the Episcopal Church is a residency in a chaplaincy training program.  They can happen in a number of settings, from schools to nursing homes to prisons – but the vast majority of these programs are in hospitals.  It’s an immersive kind of training where you practice a kind of “door-to-door” chaplaincy – visiting everyone under your care and offering prayer or support where needed, and sometimes something as simple as a few minutes of companionship in an otherwise lonely environment.  Under the supervision of a mentor who has undergone advanced chaplaincy training, the student chaplains reflect on their experiences and try to use them to deepen their pastoral skills, their skills in practical theology, and their own personal, emotional and spiritual growth.

I did my training at Overlook Hospital in Summit.  As some of you probably know, one of the things I’ve struggled with throughout my life is anxiety around blood and injury and needles.  I knew this going into my chaplaincy training, so I asked my supervisor to help me use some immersive experiences to try to desensitize myself.  Everyone had to have a rotation in the Emergency Department, but as my main “ward” in the early part of my residency, I was assigned to one of Overlook’s flagship specialties, the Neurosurgical floor.  It was a place where you couldn’t avoid the things I needed to deal with: their wounds were typically right there on their heads.

On one of my first days there, I stopped by a patient room and heard a woman gently crying inside.  I knocked and introduced myself to her and offered to spend some time with her, and she agreed.  It turns out, the reason she was crying was because she was feeling so dehumanized from the realities of spending extended time in the hospital.  She had recently had a major brain surgery, and she told me that most of that day she had been waiting to have a follow-up scan to see if the surgery had been successful.  But the wait took most of the day, and during that wait, she told me that she’d been left in a hallway, lying in a bed with her recent surgical wound out in the open.  She said, “I could feel everyone watching me.  I felt so exposed.”  She usually wore a wrap around her head, but in anticipation of the scan, she’d had to leave it in her room.  The whole process had simply been emotionally draining for her.

We talked for a while, and I prayed with her.  I tried my best to understand what she’d been through.  As the visit neared its end, I was shocked when she said, “I want you to see me without my wrap.  I want you to see where my surgery was.”  I knew what she meant – it wasn’t so much important to her that I see it, as it was important to her that she show it, on her own terms.  After having felt helpless and unable to control her own body throughout so much of the day, she could now reclaim her autonomy by revealing her most vulnerable self on her own terms.

The thing you have to understand about my anxiety, though, is that I can control it for short periods of time if I have to.  I can survive in a crisis.  But then I fall apart.

Slowly, she unwrapped her head covering.  Once it was completely free, she turned her head and showed me her wound.  It was at that point that my ears went numb and ringy.  I don’t remember what I said, or what she said – just that the visit ended with her expressing gratitude.  When I left, I walked down the hall a few feet before sliding down the wall into the fetal position on the floor, hyperventilating and at my limit.

I tell you all of this, so you’ll have a sense of how much I struggled this week with hearing Jesus speak in such gruesome terms about eating his flesh and drinking his blood.  The Eucharist is one of the most significant things in my life – so I’m used to it a bit, but the language we hear this week just takes it too far.  This throws it in our faces, and frankly, I didn’t want to deal with it this week.

But, as hard as it was for me to move past those words that make me shudder so much, the truth is, the gruesomeness isn’t the point.  Moreover, the real point would be hard to see at all if we just took this passage on its own.  But it’s not on its own.  These challenging images come to us as the fourth in a five-week series that has taken us through the sixth chapter of John, and an ever-deepening discourse about bread.

First we had the feeding of the five thousand.  It was a miracle that spoke to the doubt of the skeptics, but it also provided food to meet the immediate needs of the people.  Then we heard that Jesus taught the people about a mystical “bread of God that gives life to the world.”  He introduced them to the idea that there was more to be had than just meeting their surface level needs.  In the third week in the series, we hear Jesus proclaim that he is, indeed that “bread of life” – the something deeper that was promised was right there, in front of them.  And now, today, we hear him say, “Those who eat my flesh and drink my blood have eternal life… for my flesh is true food and my blood is true drink.”

It sounds gruesome.  It sounds gross.  But taken in the context of what has been building these past weeks, it means so much more than that.  Jesus isn’t advocating cannibalism; he’s calling the people to go deeper.  Take all that you’ve been given, he says, take the teachings I’ve given you, take the signs that you’ve seen, take me and all that I have and all that I am, and internalize it.  Internalize these gifts you’ve been given so that they’re a part of yourselves.

There is something more, he tells us.  He’s spent all this time showing us, and bringing us closer to the deeper truth.  He tells us: I am the conduit to the “more” you’ve been searching for.  He pleads with them: take me and use me.

Most people who encounter this text will tell you that it’s John’s version of the institution of the Holy Eucharist – that it’s pointing to the table where the bread and wine that we consecrate represents the Body and Blood of Christ.  I even read a sort of exciting treatment of this story earlier this week where the Eucharistic Prayer was newly envisioned as being based on these stories from John, instead of on the story of the night before the crucifixion.  It was a fun thing to think about.

But more than being about the communion of bread and wine, I think this Eucharistic moment that the sixth chapter of John has been walking us through is about the communion that happens when we take Christ into our very selves; into every aspect of our being and desire.  It’s less about receiving communion, and more about achieving communion – that’s the real focus of our worship and our practice of this faith.  It’s about achieving communion with God, with the faith of the ages, with Christ’s church and with the Body of Christ: the people with whom we share this journey.

That’s the journey that these weeks of bread, over and over, in different and deepening ways has been bringing us on all along.  Not a journey toward something grotesque, but the journey of true, intimate relationship with God; the journey of deep faith that permeates everything we are.  It’s not just about encountering Christ; it’s about welcoming Christ into our deepest selves – about becoming one.

It’s a tall order.  That’s why it’s taken us weeks to get here.  That’s why it takes us a lifetime to keep practicing this faith.  We can’t just do it in a few minutes.  It takes practice.  It’s takes a journey.  Amen.