Is this the real life?: searching for realness 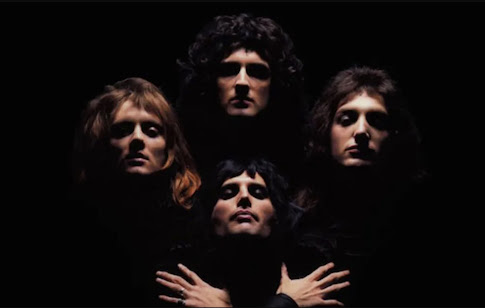 All this talk of bread – for more than a month now – comes to dramatic, although somewhat muted conclusion.  After the crowds – thousands strong; after chasing him – across the sea and back again; after the questions and doubts and struggles and metaphors: now it comes to the point.  True food and true drink, but more importantly, true life.  The flesh is useless, but the Spirit is life.  Real life.

My theme song this week is the opening stanza of Queen’s iconic anthem, Bohemian Rhapsody:

Is this the real life?
Is this just fantasy?
Caught in a landside,
No escape from reality
Open your eyes,
Look up to the skies and see,
I'm just a poor boy, I need no sympathy,
Because I'm easy come, easy go,
Little high, little low,
Any way the wind blows doesn't really matter to
Me, to me

It sounds sort of like what it’s like to follow Jesus – promises of “real life”, but never really knowing for certain if we’re on the right track, or if we’re just “caught in a landslide” with “no escape from reality”.

Last week, Michael and I continued in our pattern of embracing elements of popular culture after they were already over – we finally got around to watching the television series Pose, that ended earlier this year.  It’s a short series, with only 26 episodes stretched across three short seasons.  But even so, after the first episode, we were instantly hooked.  We binged the series in under a week – watching in every moment of down time we had.

Pose tells a fictionalized version of the story of “ballroom culture” in New York City.  This relatively unknown, underground subculture provides an outlet for Queer people of color – particularly African American- and Latin-descended people.  Ballroom culture gained its closest brush with the mainstream in 1990, when the Madonna hit “Vogue” came out, as it celebrated a particular style of dance that originated in the ballroom.  The centerpiece of ballroom is the “walks” – when participants dress up and perform in various categories.  Things like “business woman realness” or “construction worker realness”.  The participants are judged according to the degree to which they can blend in with mainstream culture.  It often involves celebrating drag or transgender expression, but it always provides a space and an opportunity for this group of people to feel “normal” or accepted – people whom society typically overlooks at best, or actively attacks at worst.  And beyond that – it gave them a taste of being embraced by the mainstream, even if it was only in their counter-cultural communities.  That helped to build the drive in them to not be held down – it helped them to learn to expect respect, and to call it out when it’s being denied.  It helped them to claim their humanity – humanity that is so often denied to minority populations.

But, whether it’s practicing “realness” like in ballroom culture, or it’s the voice of Bohemian Rhapsody wondering about the difference between “real life” and “fantasy”; the promise of Jesus’ teachings falls in that same vein – he’s promising realness that’s not yet realized.  “It is the spirit that gives life;” he says, “the flesh is useless. The words that I have spoken to you are spirit and life.”

Throughout time – even in our own time – people strive for that realness; we strive to know and understand what is true in the sea of misinformation and dishonesty that swirls around us every day.  It’s hard to parse out what is real.  Lots of people are promising it, but even so, it’s illusive.

The muted conclusion to this narrative that we’ve been exploring these five weeks is that Jesus gives the people what they’re clamoring for – Jesus gives them the answers they’ve been demanding and chasing him down for.  He gives them the answer, but they don’t like the answer.  It doesn’t compute.  It doesn’t fit into their worldview.  And so, the crowds fall away.  The core is left, but without all the excitement.  The miracle, the drama, the curiosity – it all fades back into normal life.  But even so, the answer stays the same.

The world prizes fame.  We see large crowds as success.  So, by our standards, it seems like Jesus failed.  He lost his congregation, as it were.  But it’s important to remember that our standard of success is likely very different from God’s.  While the world will call us successful if we have lots of followers, and if we amass crowds, and bring in lots of money, God’s standard of success is about how we live; how we follow Christ; how we love God and how we love each other.  Those are the true marks of realness.

“Open your eyes.”  “Look up to the skies and see.”  In the end, we’re just people.  Whether we are legends or icons, whether we are rich or famous or charismatic or important – those are just designations of our own making.  Maybe we can fit in with the leaders of the world, or maybe we stand out; maybe we’re kept out.  That’s just not what matters.

Once it had all fallen away, Jesus looked to the few that remained and asked if they wanted to go, too.  Peter basically said, where would we go?  You, Christ, have given us the key.  And now that we have it, how can we walk away?  How can anything else compare?

Jesus didn’t promise us numbers.  Jesus never promised success according to our own standards.  Jesus only promised truth; realness; real life that extends beyond fantasy.  And once we’ve glimpsed what’s real, we can’t go back.  The old life, the old illusion: it just doesn’t really matter anymore.

After all the miracles and the crowds and the drama, this is the quiet ending.  Just this promise.  Follow Christ and you’ll see something more; something better; something true.  This may not be the place for fireworks, and dramatic swells in the orchestra, and cliff hangers; but it is the place for truth.  And that’s more than enough.  Amen.