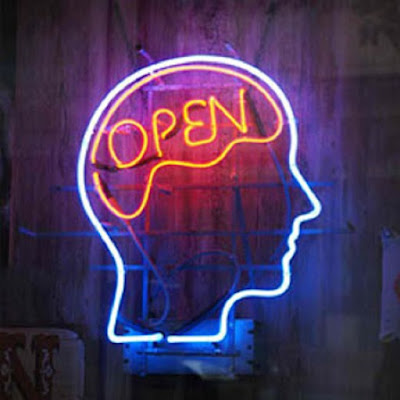 In the name of God, our light and our truth.  Amen.

Earlier this week, in our weekday service of Holy Eucharist & Healing Prayer, we celebrated the life and ministry of the 5th century Christian leader and priest, Jerome.  Among his achievements and the gifts he left for the church, he was among the earliest scholars who translated the Bible into the language of the people – which, at the time, was Latin.  He literally helped the people to understand the scriptures.

Each time this passage comes around in our cycle of readings, I’m at a loss.  On one hand, the words of Jesus, at least as they’re reported here, seem really clear.  It comes across as a sort of double-speak on one level, but the basic end-point seems clear: don’t divorce.  But the problem is, this is one of those rare times in scripture – and certainly a rare time in the stories of Jesus – when the rule comes off as a bit more rigid than I’d typically expect.  It doesn’t seem to reflect the Jesus of love and grace that I see elsewhere in scripture; the Jesus of complexity and nuance and understanding.

And I get it.  Divorce is sad.  Whether it be the literal ending of a marriage, or any of the other kinds of irreparable rifts that can happen in any number of relationships, whatever the type.  I don’t think anyone celebrates divorce as a general principle.  But, as even Jesus sort of indicates before dropping the heavy hammer, sometimes life gets in the way of best intentions.  Divorce exists because sometimes, even our best intentions aren’t enough.

I have, as I’m sure all of you have, too, seen times when ending relationships was the best thing for everyone involved.  I’ve seen times when relationships, be they marital or platonic, had to end because they were so very toxic on one side – they ceased to be life-giving.  And I have to believe that the God of creativity and creation, the God of life and health, the God of grace and hope, isn’t going to unilaterally insist on anyone persisting in unhealthy and lifeless relationships.

That’s just not what I know of God.

I’ve read multiple commentaries on this text.  I’ve read lots of different translations and paraphrases.  But no real answers have emerged for me.  Mostly people just seem to be trying to explain that he didn’t mean what he said.  While I want that to be true, it just isn’t a very satisfying way of making sense of a troubling passage.

So I wish Jesus would open my mind to understand the scriptures.

The funny thing I thought of when celebrating Jerome earlier this week was, while he revolutionized the church to bring God’s word into the language of the people of his time, that language was Latin.  Another language that would eventually be culturally dead, but that the church would cling to, long after most people couldn’t understand it.  Centuries later, another movement would begin to bring God’s work into the languages of the people.  In the English world, that brought us the King James Version of the Bible, and still, there are churches clinging to it even though it’s foreign to most modern people.

When I first moved to Kinnelon, nearly four years ago, I saw a bumper sticker on a pickup truck here in town that said, “The King James Bible is God’s PERFECT word.”  Well, tell that to Jerome.  And tell that to the people who wrote the Bible in Hebrew and Greek.  And tell that to the Christians all around the world who don’t speak English.  And tell that to modern English speakers who get lost in what seems to them like a jumble of meaningless words, because the language is so different than anything they’ve heard anywhere else.

We’re still trying to understand the scriptures.  We’re still praying for Jesus to give us that understanding, like he gave to the disciples.  And not just in these challenging texts like we’ve read today.  “Understanding” has been a literal journey for the church across millennia – just trying to get the words into something we could understand, not even considering the concepts and teachings.

And understanding is still a big part of our goal in encountering faith today.  There is so much to understand, and if we’re lucky, through a lifetime of work, we occasionally get a glimpse at some of it.  But it’s those glimpses that keep us going.

Keep striving.  Keep striving to understand.  Keep trying to see God.  You will see glimpses.  And those glimpses that you find will be worth it.  Amen.