Gracious God, help us to see you, in spite of ourselves.  Amen.

One of the things that always boggles my mind is how quickly Christians can jump to contradicting Jesus.  Sometimes, even faithful, church-going Christians will get downright mad when the teachings of Jesus are put in front of them. 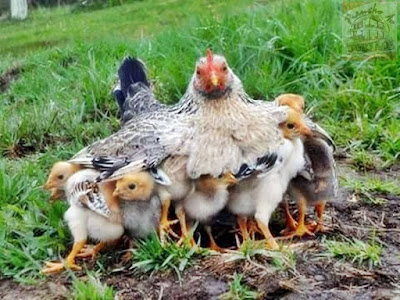 There are countless stories around the church of priests being chastised by the laity in their congregations around the time of the Fall Stewardship campaign for talking about tithing – the strategy of marking 10% of one’s income as the baseline for giving to the church.  Priests and vestries and stewardship committees get the pushback – it’s just too much.  How could anyone be expected to give away 10% of their income?  And besides that – we shouldn’t be talking about money, anyway.  It just makes people uncomfortable.

The problem is, that doesn’t line up with the reports we have about Jesus.  Jesus talked about money a lot.  And honestly, the ideal Jesus put forward was that we who follow him should give everything a way – not just a small percentage.

Another popular one is when churchgoers complain that the church is “too political”.  Now – let’s be clear – those complaints only ever come when they believe the political stance is in opposition to their own.  But people will cry out, “The church should stay out of politics!”

Again, that is a commonly-held ideal, but it’s not one held by Jesus.  Jesus was constantly weighing in on the political realities of his time.  Even in the text we read today, Jesus isn’t just talking about Herod and casting judgements about his leadership.  He’s even resorted to name-calling!  The Gospel tells us that he referred to Herod as “that fox”.  Jesus openly disparaged the political leaders of his time because they were counter-productive to his mission.

And even when Jesus wasn’t overtly discussing the politics of his time and region, he was behaving in decidedly political ways.  He was contradicting the dominant views of who should be considered worthy of participation in the realm of God.  He befriended tax collectors and sex workers.  He shared the good news of God’s welcome and love to foreigners and people whom the dominant culture had cast aside.

A few years ago, when Katharine Jefferts Schori was the Presiding Bishop of the Episcopal Church, she made reference in one of her sermons to the nurturing image of Christ as a mother hen, gathering her brood under her wings.  Well, there were some in the church who went ballistic over this.  How dare she feminize Jesus?  How dare she push her agenda down our throats?

The thing is, she was quoting the Gospel according to Luke.  She was quoting what we read this morning, and what we read in church every three years on the Second Sunday in Lent.  It was no innovation – at least not for her.  The innovator here was Jesus.

Luke’s account of Jesus’ teaching was this: “How often have I desired to gather your children together as a hen gathers her brood under her wings, and you were not willing! See, your house is left to you. [Other translators say, “your house is abandoned…”]  And I tell you, you will not see me until the time comes when you say, ‘Blessed is the one who comes in the name of the Lord.’”

Sometimes it’s Jesus’ own words that challenge us the most.  Even for us good, faithful, church-going Christians.  Sometimes, we get in our own way.

But whenever the images we encounter in scripture make us uncomfortable, it’s important to ask ourselves why that is.  If thinking of Jesus as a mother hen is hard for you, why is that?  Is it because the gender norms you grew up with are being questioned?  Is it because you have a hard time thinking of your savior as a chicken?  Whatever it is, Jesus is drawing us in.  Jesus is striving to draw everyone in.  Jesus is showing us that God is the God of men and women, and everyone in between.  Jesus is showing us that the wisdom and truth of God can be found anywhere – even under the wings of a lowly chicken.  Even something as unimpressive as that can give us a clearer understanding of God, if we open ourselves to finding God’s wisdom.

“See, your house is abandoned.  And I tell you, you will not see me until the time comes when you say, ‘Blessed is the one who comes in the name of the Lord.’”

There is still work to do.  There is understanding to be uncovered.  There is wisdom to be revealed.  We won’t truly see Christ until we dive deeper into that pursuit.

We have to put aside our blinders.  But the thing is, we’re blind even to them.  It will take self-examination to see what we’ve been missing – the wisdom and mission of Christ that has been presented to us all along – but that we couldn’t make out, because of the obstructions we put in front of ourselves, or refused to remove.