He came to himself

In the name of God, who rejoices in us.  Amen.

Unsurprisingly, as our journey through Lent progresses, we keep hearing stories of repentance and restoration.  Repentance from sin, and restoration to the body of the faithful – to the Body of Christ.

Today we hear the Parable of the Prodigal Son.  It’s one of the more familiar parables that Jesus tells, in part because it’s just such a good story – filled with drama at every turn.  But I think it’s also a story that most of us can relate to, at least on some level, and at least through some aspect of the tale.

First we hear that there are two sons – two brothers.  The younger among them goes to their father and demands his share of the inheritance, so that he can set out on his own.  The father complies with his demands and sends the younger brother off into the world. 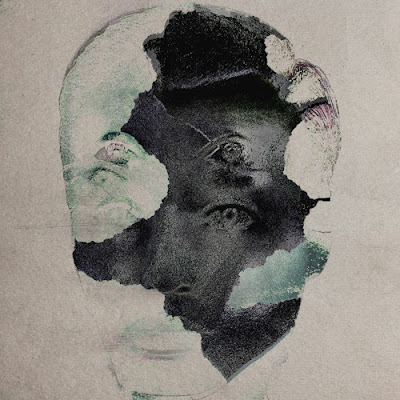 Clearly, though, the younger one wasn’t ready to be out on his own.  We’re told that he lived a wild life – partying and wasting his money.  Spending all he had on immoral living.  Like an over-protected child going off to college without much supervision for the first time in his life, this younger son just wasn’t prepared for all the freedom he would enjoy – and that freedom would eventually leave him undone.

Soon enough, the money runs out.  His wild living retreats into poverty.  But, if that weren’t enough, at that same time, a great famine fell over the land.  Just as his means for extravagance was wearing out, any possible safety net he might have had evaporated, too.  He was left to do whatever he could to survive, and it left him about as low as any Jewish boy of his time could sink: feeding pigs on a farm.  He was no more than a servant to the unclean.

It’s in the context of that dreaded existence that he suddenly has a realization: if he’s going to be a servant, he might as well be a servant with a shred of dignity.  He could be his father’s servant and at least live better than he’s living now.

I love the way our translations talk about this moment of epiphany for the boy: they say “he came to himself”.  He realized who he was, and at once he saw how far he’d fallen.  He saw how far he’d moved – not just from his home, but from who he had been raised to be.

It reminds me of the evocative advice we sometimes hear from mothers as their children are heading out the house: “Remember who you are.”  Or maybe, “Remember where you come from.”  But what they’re really saying is, “Remember how I raised you,” “Remember who I raised you to be.”  And most importantly, they’re saying, make choices that won’t betray that truth.

This wayward son had done just that.  He had lived his life in such a way that he was betraying the truth of who he was raised to be.  And it wasn’t until things turned sour that he realized how far he’d fallen from that ideal.  It wasn’t until “he came to himself.”

That’s really what repentance is – it’s coming to ourselves.  It’s recognizing when our life and our choices have pushed us away from ourselves, and it’s that decision to come back.

The wayward son didn’t have to reinvent himself, he just had to rediscover himself.  And the same is true for us.  Goodness is the default.  Goodness is how we were made.  It’s not something that has to be built, but something within us that sometimes has to be uncovered again.

As the story progresses, the son returns home and his father is jubilant.  He has come to himself.  He has uncovered all that stood in the way of his truth and found his way home.

That brother was jealous.  He felt slighted by his prodigal father’s joy.

Easter is coming.  The party is coming.  But for now we’re called to follow the path of the prodigal and make our way home – to come to our senses and remember that we are loved.  We may have been lost, but we are being found.  We are finding that we were found all along.  Amen.