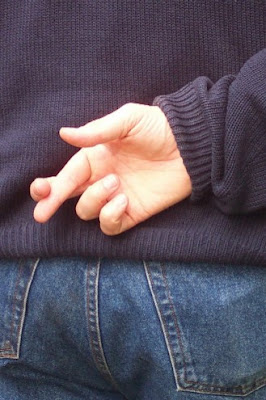 That seems to be the favored tactic of conservatives these days - truth by blatant assertion. If the real truth isn't on your side, or if it doesn't produce the results that you desire, just lie consistently until people think your lies are true.

I was watching MSBNC this morning. In their continuing coverage of trying to figure out just who the heck Sarah Palin is, they've had opposing commentators - conservative and progressive. I've been simply amazed at the tactics that the conservative commentator has been using: he's actually been trying to argue that Sarah Palin has MORE experience than either Barack Obama or Joe Biden!

Sure, she has been a governor. So she does have more "executive" experience than the democratic ticket, but by that same measure she has significantly more experience than John McCain. Does that mean she's more qualified to be President than McCain? But let's not forget - she's only been a governor for a year and a half! While this is technically "more experience" in the executive branch of government than any of the other three, it's hardly enough to ready someone for the White House.

Her other executive experience is as the mayor of a town of 9,000 people. Is that enough to prepare her to be the President of hundreds of millions of Americans? I don't think so.

As an example of how desperate McCain supporters are to declare her "experienced enough" they also point to her leadership in a local chapter of the PTA as experience that makes her fit to be President.

Why are we not naming this "truth by blatant assertion" for what it really is - LIES.

This kind of lying, under the leadership of Karl Rove, has been a hallmark of the Bush administration. (Weapons of mass destruction???) Clearly it's being setup as a hallmark of McCain politics as well. We have to call them on it.

It's the same in the church. Conservative "the sky is falling" arguments are made and made again until we begin to believe them. The breakaway churches in Virginia swore that they were just the tip of the iceberg - as soon as they left The Episcopal Church would disintegrate and they would be the only stable ones left to lead the new Anglican Communion. They swore this over and over, to the degree that many people began to believe them. Now they've gone - along with a minuscule number of other former Episcopalians - and the church is still holding strong.

It seems the Archbishop of Canterbury even buys these arguments. That's why the Bishop of New Hampshire was not invited to the Lambeth Conference. The conservatives threatened that if he was invited, they wouldn't come and the Communion would crumble.

In a decision based in fear and with the best intentions of holding tenuous relationships together, the Archbishop participated in injustice, and in the process, denied the Anglican Communion's bishops a chance to listen to the stories and experiences of LGBT people in a new and deeper way than has ever happened before.

So +Rowan gave in to conservative demands, and you know what? Most of the ones who threatened not to come if +Gene was invited, still didn't come after he wasn't invited. And despite their impassioned assertions, the Communion did not crumble in their absence.

I was at dinner with a friend the other evening who was also at the Lambeth Conference. She was insisting to me that the Archbishop of Canterbury did the right thing by not inviting +Gene. Mind you, this is not a conservative Episcopalian, this is an ally. She supports the full inclusion of LGBT people in all the sacraments of the church, but even she fell into the belief that it was right for +Rowan to deny access to +Gene because his absence meant that more conservative bishops were there.

First of all, I don't believe that's true. Perhaps a few of the bishops who attended the Lambeth Conference might not have come if +Gene had been there, but I doubt it would have been many. But even if it were hundreds it doesn't matter. There is a huge difference between choosing not to attend the Lambeth Conference because of your fear that you might be in the presence of someone with whom you disagree (or even someone whom you think is sinful) and being denied an opportunity to witness to your episcopal ministry and to learn and grow with your sister and brother bishops simply because of who you are.

Progressive people give in too easily to attacks. We cannot tolerate injustice in our desire to be accommodating. We cannot allow ourselves to endure unfair and untrue attacks because we want to make sure all voices can be heard. There is room for everyone at the table, but we must cry out against the enemies of truth - even when (and maybe especially when) they are our brothers and sisters sitting across from us.

The same is true in the world of governmental politics. Progressive people, in their efforts at achieving progressive ideals, should not sit silently while what we perceive as untruth is being spread.

The most effective conservative tactic against progressive people is to turn our ideals against us.

Again, I saw it this morning on TV. When the liberal commentator attempted to suggest that Palin was not experienced enough to be so close to the Presidency, the conservative commentator interrupted him and said that he couldn't believe that this liberal was suggesting that Palin couldn't be Vice President because she's a woman.

That's not at all what was being said! The progressive commentator was doubting that she had the breadth of experience necessary for the office for which she was to be nominated.

But the progressive commentator let that accusation of sexism go unanswered. Perhaps he was so terrified of being seen as a sexist that he couldn't take the argument any further. Perhaps it stopped him in his tracks.

But we can't let it stop us in our tracks anymore. Just because a threat or a doomsday prophecy or an untruth is asserted with enough conviction, that does not make it true. We must face it and name it.
GenCon09 Lambeth politics