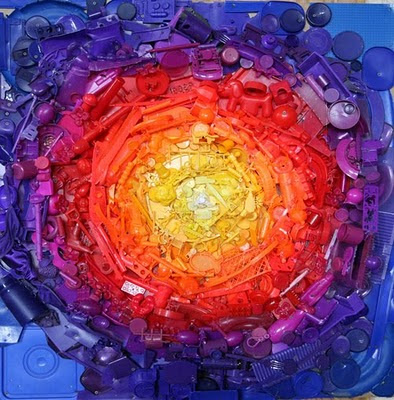 In every story there is a point where things shift – a transition that divides the world as we think we’ve come to know it from some truer version of the world that reveals itself.

We hear of one such transition in the Gospel lesson today.

Transitions can be frightening. Ask any of our recent high school graduates. Of course they will all tell you about how excited they are – they will recite the dreams that they have formed and are in the process of executing into reality. But beyond that, there’s something more. Perhaps it’s a bit of a wistful glance as they talk about the changes they are facing. Perhaps it’s the exasperated frustration of their parents speaking of the unusual tension in the house. Even amidst all the excitement, there’s some tinge of anxiety about all the change that lies ahead.

The children in such families know that their places in their families are changing. They are becoming less “children” and moving into their new roles as adults. But they don’t yet know all that that will entail.

Their parents know more, but still not enough. They know that their children will become adults, and that they will embark on a branch of life all their own – less defined by their parents and more by their own senses and experiences and decisions. They will go to school and get and lose jobs and fall in love and have their hearts broken. Some of their dreams will be fulfilled and some will change and some will die. A parent’s only hope is that they have instilled their children with the tools necessary to survive the ups and downs and fits and starts that make up a life. All else is chance.

In Jesus we hear the voice of a parent who knows a change is coming that his “children” – the disciples – can’t quite fathom.

“He set his face to go to Jerusalem.”

These words came to life for me a few years ago when I was studying Orthodox liturgies of Holy Week and Easter in Jerusalem. In the Orthodox tradition Holy Week is experienced as a kind of “Life of Jesus in brief” and our course instructors recreated that experience for us as we studied. At the beginning of the week we started in Bethlehem and remembered and walked in the steps of the birth narrative. As the week progressed we visited the shrines at places where Jesus taught and performed miracles. Then, when it was time for Maundy Thursday, we read this passage as we prepared to set our own faces to go to Jerusalem.

In our own transitions, that’s the way it often is. Even when we can faintly see joy dawning in the distance, we know that there are miles to go before it is realized. It’s often hard to see what hills and valleys lay before the dream.

The disciples certainly could not see it. They still had visions of an angry God who longed to smite those others on the losing side.

“When the disciples saw that the Samaritans would not receive him they said, ‘Lord, do you want us to command fire to come down from heaven and consume them?’ But Jesus turned and rebuked them.” That’s not what the reign of God would be about. It would be about salvation, not vengeance. Even after all that he had taught them; they still did not get it. They still had much to learn.

Like a parent setting their children off to a new life own their own, there was still so much for the disciples to learn.

And the tension in their family system was growing. Jesus had been clear with them about what was to be expected: that he would face adversity. But still they followed him. They didn’t seem to grasp that following him meant following him into that adversity. When one of the followers said to him that he would follow wherever Jesus went, Jesus replied, “Foxes have holes and birds of the air have nests, but the Son of Man has nowhere to lay his head.”

It will not be an easy life. Just as the Samaritans did not receive them, neither will anyone else. 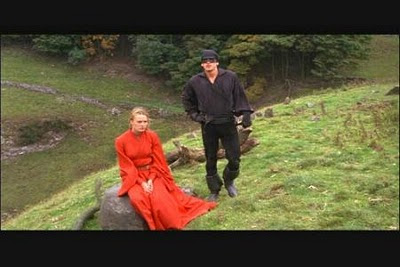 It reminds of a scene from the movie “The Princess Bride”. In this scene, Princess Buttercup says to the Man in Black – her latest captor, “You mock my pain.” He responds, “Life is pain, Highness. Anyone who says differently is selling something.”

As tempting as it may sometimes seem, the church does not exist to sell God to the people. It is not about selling to parishioners – it’s “clients” – some service; or, convincing them of the advantages of a particular way of life. The church is about doing the Mission of God. The church is the Body of Christ in the world: “proclaiming release to the captives and the recovery of sight to the blind.” It’s about doing those things that need to be done, but that no one else wants to do. It’s about being the followers of Christ, even when that means, “having nowhere to lay our heads”.

It would be a tough sell in anyone’s book. That’s why we’re not trying to sell it.

Good parents don’t try to sell their children on the advantages of adulthood. They only try to prepare them for it. For its joys, certainly, but, even more for its challenges and trials.

Jesus never tried to sell discipleship. You might even say that he sometimes tried to talk the disciples out of it. But he always tried to prepare his followers for the costs of following.

Like those first disciples in those first days after Pentecost, we, too, continue to transition into what it means to live as grownup Christians in a post-Pentecost world. Though the joy of the Reign of Christ dawns on the horizon, there are many hills and valleys to cross before we reach the goal. The path for following Christ is not easy. It’s not meant to be easy. Anyone who says differently is selling something. Amen.
St. Paul's; Chatham