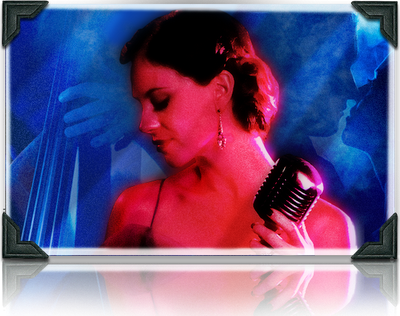 Synopsis: Drama in the lives of a night club owner and his employees.

My thoughts: Sometimes that one or two sentence synopsis is kind of hard to write.  As I was walking into my house earlier, I ran into a neighbor who asked what the show was about.  I hemmed and hawed for a while before finally confessing: it seemed to be aching for some sort of plot.  Not that there weren't attempts - there certainly were - but it seemed to twist and turn out of nowhere searching for something to do.  I won't share specifics of these twists and turns (don't want to be a spoiler...), but I will say that the book by Glenn M. Stewart generally lacked grace and poetry.  The speech patterns of the characters seemed more like some caricature of mid-century America than anything real and believable.  Moreover, the show didn't seem to have an organically twisting plot.  It was more like the twists were thrown in because it needed somewhere to go and some way to get there.

The story danced around lots of big themes - the role of women in society, race relations, dysfunctional families, organized crime, political corruption, substance abuse...  But it never really tackled any one.  Everything was just tossed at us randomly while we waited for it to germinate.  Sadly, it never really did.

I really don't have any desire to be a harsh critic for the sake of being harsh.  I don't think that is beneficial either to me or to my readers.  In fact, I really want to enjoy myself at the theater.  I want to see something great and tell everyone else about it.  I want greatness to succeed!  But when I do feel myself responding negatively to a show, I try to look and listen to cues from those around me - am I being a stick in the mud, the only one there not having the time of his life?  It helps to keep me honest.  Tonight's performance left me with some hard cues that I wasn't alone.  During the last number before intermission ("Why Did It Have to Be You"), I heard snoring behind me.  Also, the applause at both the intermission and the curtain call was tepid, at best.  Perhaps even only polite.  One criticism I've heard several times lately of the current New York theater audience is that we're too generous in offering standing ovations - and I tend to agree.  I believe a standing ovation should be reserved for only the very finest productions.  But they've become nearly the standard in today's theater.  But tonight there was no standing ovation, and I believe rightfully so.

I was interested in this show because it was described as "an original blues and jazz musical".  Those are magic words to me - blues and jazz.  And, to a degree, original.  I like to support and experience contemporary original work.  And I love blues and jazz.  And the music didn't really disappoint.  Kenny Brawner, in the role of Parker Brown, though not particularly integral in the story, was, as a performer, the true star of the show.  I marveled at his piano playing and blues singing skills.  While there are a number of shows where the band is on stage (or otherwise in view), it made me long for more shows where they take on characters.  Obviously that's not possible in every show, but in those shows where it is, it really gives a somewhat more natural feel to the ridiculousness of the concept of the musical (admittedly, a "ridiculousness" that I love very much.).  I found myself imagining other performers that I'd love to see in roles like that.

Despite my strong criticisms about the book, there were several bright spots in the production.  Andrew Pandaleon, in the role of Charles Davenport (Chaz), had a lovely voice and a passionate approach to his role.  Kaitlin Mesh, in the role of Lily, regularly grabbed my attention.  While most of the chorus girls in the show were a bit saccharine, Mesh added a bit of a darkness to her character.  It was never really explored, but it seemed as if she had a secret.  I remained intrigued by her throughout.

The choreography, by Lorin Latarro, was consistently one of the strongest elements of story telling in the show.  There are several examples of this, but the clearest was in Act II during "It Ain't Right".  Because of the night club setting, complete with dashing young men and striking showgirls, it would have been easy for the choreography to devolve into simple, hyper-sexuality.  It is to Latarro's credit, however, that choreography was used, instead, to draw out and express deeper emotion.  It was sexual, to be sure, but not just sexual.

Emotion was hard to come by throughout the show.  The first time I ever felt that electric pulse of the whole house truly engaged was in Chaz's number, "It Don't Make Me No Never Mind".  Sadly, that connection didn't come until near the end of Act II.