FCS: Peter and the Starcatcher 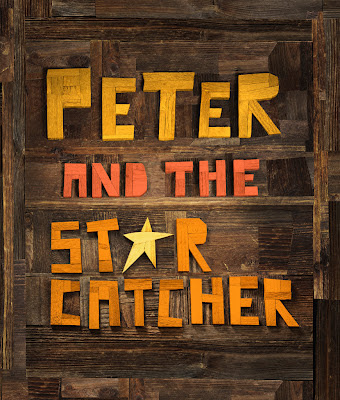 Synopsis: A prequel to the tale of Peter Pan, the founding of Neverland, and the origins of the characters.

My thoughts: I was initially curious (maybe slightly concerned) about what was meant when this play was described as a "play with music".  As I've mentioned before - I really do love my musicals...  I love singing and dancing.  So I was apprehensive about how this would figure in to my preferences.

I LOVED IT!  Peter and the Starcatcher is a delightful play - with just a few simple musical numbers, and an incredibly simple "orchestra" (only piano and percussion).  The production is earthy and organic - real, old-time theater - relying nearly exclusively on the talents of the performers and the quality of the script - both of which were up to the task.  For me, it served as an effective and helpful antidote to the overly-stimulating, tech-heavy production of last night at Ghost.

The script, by Rick Elice (based on the book by Dave Barry and Ridley Pearson) is truly remarkable.  It's fast and clever.  Moreover, it's funny!  Comedy that actually worked for me!  I'm not usually a "laugh out loud" kind of audience member, but I was today.

The sets, designed by Donyale Werle, nurtured the organic feel of the production.  While I preferred the aesthetics of the Act I set, the second act created some beautiful opportunities for the incredibly effective lighting designs of Jeff Croiter to shoulder some of the story telling.

It's a fast-paced and high energy performance.  An absolute delight!  Much credit goes to directors Roger Rees and Alex Timbers, and particularly to movement director Steven Hoggett for their consistency of design.  It was easy to be swept into the world of Peter and the Starcatcher - and great fun to boot!  All of the elements of the production pulled together in a very satisfying balance to create an unforgettable event.