A parable is a gift

In other churches where I’ve served, the Sunday School has used the Godly Play curriculum.  Have you ever heard of it?

Godly Play is a church school curriculum based on the principles of the Montessori Schools.  It’s a very interactive way of teaching children that attempts to meet them and their sense of wonder and curiosity where it very naturally is at that early childhood stage of development.

In the Godly Play curriculum, the teacher doesn’t lecture the children, or assign tasks for them to accomplish.  Instead, the teacher sits with the children in a circle on the floor and serves more as a storyteller, and then as a moderator.  It’s a lectionary-based curriculum, so children learn the same basic stories that are told in church, but they hear them in a different way - with visual aids.  After the story is told, the teacher helps to guide the children into a deeper understanding of the story by presenting “wondering” questions.  The teacher doesn’t put anyone on the spot, but opens up discussion on the topic by “wondering” about the story that’s been told.

“I wonder why Jesus would have done that.”

“I wonder what the blind man first saw.”

It provides a space for the children’s imaginations to open up and to discover the deeper meanings of the stories we all know and study. 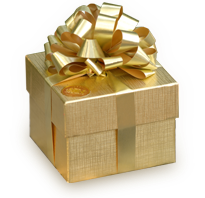 One of my favorites of the tools from the Godly Play teaching resource is its approach to parables.  All of the visual aids for the various stories have a box.  But parables have special boxes.  Their boxes are painted gold - because, as the program says, “parables are a gift”.

Sometimes they may seem a little harder to understand than some of the other stories, but they are a gift.  It may take a bit more digging or unwrapping, but there’s beautiful gift hidden inside.

Part of why the parables work so well for the Godly Play method of teaching children is that they inspire the imagination.  They often bring up as many questions as they answer.  And Godly Play isn’t just about depositing information into supposedly empty young minds - it’s about teaching these minds to engage the Christian story - to engage the challenges and the questions of our faith - to build literacy.

Parables lend themselves to that kind of teaching.  Jesus wasn’t interested in building up the faith tradition of the mustard seed.  The mustard seed itself wasn’t what was important.  What was important was the ability of the faithful to revision how they experienced their faith.  They needed to think bigger than the limits of their faith had previously permitted.  They needed bigger imaginations.

The thing about big truths is that they usually can’t be captured in simple facts.  Truth is often much bigger than any fact.

That’s what parables do.  They’re not just about the story, but about the truth - the gift - that lies beyond the story.

Seeds make for a good starting place for parables.  Seeds, like parables, contain more within them than is immediately evident.

This morning we heard two parables of seeds.  In the first one, the point seems to be that the seeds grow - not from the inspiration or direction of the farmer - but apart from any human interaction.  The farmer can play a role in the germination of the seed - in the sowing - but once that role is accomplished there really isn’t anything more that he can do.  He must wait for the processes beyond his control to take over.

Jesus says that the kingdom of God is like that.  We can have a role in it - in making space for it - but its flourishing requires forces that are beyond our control.

Moreover, we hear that this kingdom of God isn’t just like any seed, but like a mustard seed - a tiny seed that grows into a significant shrub.  Its yield is so much bigger than its initial product would ever suggest.  Though the tiny seed may have appeared insignificant, the shrub it produces becomes something big enough to cast shade, and to provide shelter for the birds.

The kingdom of God is like that - as is our role within it.  We take these seemingly tiny steps - we sow these tiny seeds - and there is no end to the wonder that can come of them through the mystery - the unimaginable gift - of God’s intervention.

I suppose Jesus could have said it that simply: the steps you take in bringing about the kingdom of God will yield unimaginable rewards.  The things you do, through the intervention of God, will produce more than the simple things themselves.

Perhaps it would have been easier if Jesus had just said it.

But like the children in the Sunday School, we all learn in a deeper way when the answers are discovered and discerned and not just simply heard or passed on.

A parable is a gift.

It’s a gift because it gives us the chance to work through the big questions of our faith and our relationship with God.