FCS: Night of the Living Dead: the Musical 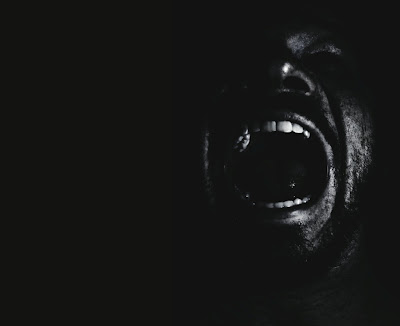 Synopsis: There were times when I had a bit of a difficult time following what was happening - so forgive me if I'm a bit off - but it seemed to be the story of six individuals trying to survive a kind of zombie apocalypse.  I've never seen the movie, so I don't know if it's the same story line or not.

My thoughts: It's been a while - just over a month! - since I've seen a show, so it was good to get back into a theater!

My decision to see this show was entirely on a lark.  I have heard nothing about it, obviously I knew nothing about it, but I saw it listed on the TDF website and thought I'd give it a go.  TDF has a deal where you can see any Off-Off-Broadway show that they offer for only $9, so I figured what the heck?!

I did go into the show a bit "rolling my eyes"...  I had very low expectations.  I mean - this is the third "horror musical" I've seen in the past several months.  Silence! took a decidedly satirical approach.  Carrie, though received with mixed reviews, was sort of campy, but a wonderfully engaging experience.

I really had no idea what to expect out of a musical setting of Night of the Living Dead.

I must say, however, that I was pleasantly surprised.

In general, I felt that the story was a bit underdeveloped - as, perhaps, suggested by it's short running time.  Not that all short shows are underdeveloped, but I did feel that the characters and their interactions might have benefited from a bit more exploration.  It would have helped me to grow a deeper sense of investment.

But overall it was well executed.

The score, with music by Matt Conner and lyrics by Matt Conner and Stephen Gregory Smith, was simply delightful.  There were interesting and surprising musical choices.  Most notably, being set in the "horror musical" genre as it is, the score was surprising lovely and sweet - surprising, but not inappropriately so.

The set design was sparse - in general the production seemed to have succeeded in the context of limited resources.  Despite those limitations, however, the lighting design, by Daniel O'Brien, was magnificent.  It was consistent in it's approach to storytelling, and was remarkably effective at drawing the eye across the limited, but oddly shaped performance space.  O'Brien capably delineated the spaces and scenes through his use of light.  I was impressed with all he accomplished with such limited resources.

The all-equity cast was strong.  Everyone performed well and with intense emotion.  Most notably were the men of the cast: Sean MacLaughlin (leading among them!), Angelo Rios (powerful singing!), and Aaron Ramey (consistently drew me deeper and deeper into his performance).  Yvonne Campbell, though perhaps a bit out of place in her role, led the women as far and away the strongest singer.

There's something really fun about seeing a show like this.  I didn't get a count, but I would have been surprised to learn that there were 20 people in the house.  Even so, I felt as if I got to see something of a special little secret.  It wasn't at all life-changing theater, but it wasn't bad.  As I said above - the story could use a bit of development.  A few more of those nice songs - perhaps stretching it out enough to need an intermission and to build some suspense - and the show could really be something interesting.  I hope Conner and Smith will keep at it and see where this show might go!