FCS: Bring It On 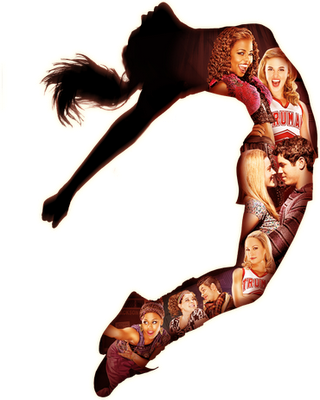 Synopsis: The stage adaptation of the film.  I haven't seen the film, but I'm told it's roughly the same story.  A high school senior is the captain of her cheer leading squad, and it's the center of her life.  Then she transfers out of her cushy suburban school into an urban school that has no cheer leading squad.  She's forced to work at making friends for the first time in her life, and to find her way in a world that's different from all that she knows.

My thoughts:  I have to admit.  I approached this show with basically no expectations.  Were it not for my general addiction to musical theater, and the fact that I could get cheap tickets through TDF, I almost certainly would not have seen this show.  It's not the kind of show I expect to like.  I mean...  cheer leaders?  That's a pretty far cry from anything within the realm of my interests.  (Just being honest here...)

But I was pleasantly surprised.  To be sure: Bring It On did have a lot of elements that would normally make me cringe - cutesy actresses, teen angst subject matter, rock concert feel, rap(!)...  But even despite those things that normally don't work for me, there was something on the whole that did work.

No aspect of the structure of the show was brilliant - not the book, not the music, not the lyrics.  But there were enough nice aspects of each of those that it somehow added up to something that worked.

Part of it was simply the stagecraft.  The choreography, dances, and stunts by (also director) Andy Blankenbuehler simply stole the show.  If nothing else had worked, that alone - particularly the stunts - would have been enough to make the evening worthwhile.  It was simply magical.  My review of the very first Apple iPhone when it came out was: it does things that simply aren't possible.  It was so far advanced beyond anything I'd ever seen in a phone, it just didn't make sense.  There's a degree to which that's how I felt about the dancing and stunts in this show: it was simply impossible.  And yet there they were - doing it right in front of me.  That, combined with Christopher Gattelli's genius in Newsies, makes 2012 a bar-raising year for Broadway choreography.

It feels like sort of a silly thing to comment on, but I'd like to say a word about the set changes.  I love it when I'm watching a show and look up to notice that some major feature of the set has changed without my having noticed it.  This happened repeated throughout this show.  The set was fairly simple, but even so (and maybe even more because it was so simple - there were fewer built in distractions) the changes were invisible.  It feels silly, because it's not that big of a deal, but on the other hand, I think it speaks well to the overall design.  The creative team behind the show figured out how to draw my attention away from the mechanics of the show, and kept me focused always where they wanted me to focus.  It's a triumph of lighting, staging, video design, music, orchestrations, and everything else.  Kudos to Bring It On!  I was genuinely impressed by that.

The video design, by Jeff Sugg, was generally well executed, though it was, at times, a little bit over the top.  The videos were displayed on four large, dynamic LCD screens suspended from above.  The moved left and right and up and down, and each screen turned to present to the audience at various angles.  Usually they were used effectively to expand on the physical set, much the way projection and video design is often used, but occasionally the video seemed too busy and distracted from the actors' work happening onstage - particularly during a couple of high energy ensemble dances toward the end, when we wanted to be watching the people instead of the screens.  Oftentimes with projection and video design, it almost feels as if the designer is trying to squeeze in every trick of the trade that he or she knows.  It's the same kind of common mistake that young preachers make - sometimes they feel like they have to cram everything they learned in seminary into their first sermon - as if they'll never preach again.  Soon, however, they learn that just a few takeaways is plenty.

Sugg is no novice - he's designed on Broadway and off many times.  But even so, there were times when it felt like he was using tricks simply because he could, and forgetting that his work is best when it's subtle and complementary - not something designed to steal the show.  Again - that usually wasn't the case, but there was enough of it to notice.

As to the stars of the show: on the whole I'd say that there weren't many, really.  I could tell that there were a lot of Broadway debuts in this company even before I read the Playbill.  That's not to say that they weren't incredibly talented professionals, but there was a noticeable lack of "seasoning" on the stage.  There's a degree to which that worked, since it was a show about high school - people at that age tend to be green and still finding their way in the world.  So it worked.  But the other end result of that was that there weren't very many standout stars.

The most noticeable among them, however, were Jason Gotay and Nicolas Womack.  Womack was brilliant as the comic relief - impeccable timing, and a larger than life presence.  Gotay, on the other hand, in the male lead role of Randall, had me marveling at his ability to fill the stage and steal our attention with quiet, dignified authority.  His character was the wise, "old soul" type, and Gotay captured and conveyed that experience like a Shakespearean master.

Finally, as an LGBT activist and general social justice person, I have to give credit to the designers for introducing and sensitively portraying the transgender character, La Cienega, played by Gregory Haney.  Too often transgender roles in the theater are produced more as cheap laugh lines - little more than as comical drag queens being silly.  La Cienega did have a couple of moments of that in her character, but on the whole, she was a strong, stable woman who understood the world and who provided insight and affection to her community.  She was different, but not apart.  It was one of the most positive representations of a transgender character that I've ever seen in the theater.  Haney should certainly be commended for that, but also the entire production team who designed and directed the character.  I was pleased.