Coffee pods and what lasts 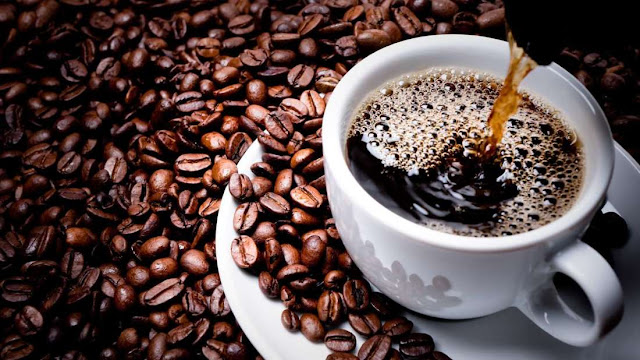 A couple of months ago, Michael decided that he needed to be drinking less caffeine, so he switched to “half-caff” coffee.  For a few weeks I tried to go along with this.  Though I don’t drink a lot of coffee each day, cutting my caffeine consumption by half was decidedly unpleasant.

My first attempt at resolving this low-grade crisis was to have one cup of “half-caff” in the morning before coming to the office, but then, making a cup of “real” coffee in the Keurig once I got to the office.  That worked alright for a while, but even so, weekends came.  There were still days each week when my coffee just wasn’t right.

After much debate and discussion in our house, and researching the various options, and lobbying for what I thought I could get away with, I finally convinced Michael that we should get a single-cup brewer at home.  That way he could have his “half-caff” and I could have my “regular”.

One of the concerns we faced from the very beginning, however, was what to do about those blasted little plastic pods.  We liked the flexibility of being able to brew our own coffees at our own times, but we hated the idea of leaving a trail through our lives of plastic pods that would each take thousands of years to decompose.  They can be recycled, but it isn’t easy.  They have to be disassembled and separated.  It’s time consuming and messy.

Eventually, Michael settled on refillable pods.  They’re still plastic, but they’re reusable.  And when they do eventually need to be discarded, they will be much easier to recycle.  I, on the other hand, have settled in on pre-filled pods, but I’ve found some that are biodegradable and compostable.  I can still have the convenience, without the guilt of the lasting impact of all that plastic.  They quickly break down and return to the earth.  In not very long at all, they disappear, as if they were never there.

The thing about it is, though, on a long enough scale, everything on earth does exactly the same thing.  No thing is actually permanent.  It’s all impermanent.  It all fades away.  The impact we leave on this earth, for good or for ill, even though it may sometimes be long-lasting – it isn’t eternal.  The impact may even be too long for the good of the earth and for the generations who follow us, but it’s not forever.  Eventually it will be consumed – reincorporated into all that brought it into being.  Eventually it will die.

Ash Wednesday begins the season of Lent – a time in the church year when we prepare ourselves for the annual commemoration of impermanence falling to all that is truly real, and truly forever.  It’s realized in the physical body of Jesus dying – the way all things eventually do.  But for once, death is proved to not be forever.  For once, the treasures of heaven reach down to kiss the earth, and to show us that there’s another way.

But to embrace the new reality that God has given us in Christ, we must first remember that we are dust.  We must first remember that we, too, will eventually blow away.  We will return to the earth as have all who have gone before us.  It’s only in remembering that fact that we can begin to embrace that it’s not really true – at least not the whole truth.  The final word on this earth can’t stand up to the Word of God, made living in the Christ.  The ultimate Word of God, once dismissed as dead, is given new life at Easter.

But, if you held on to your palms after Holy Week last year, you probably noticed that they didn’t last long.  Their green quickly faded to shades of tan and white and brown.  They became dry and brittle and they died.  But now they’ve taken on new life, and new meaning.  It’s still impermanent.  They are still of this world and they will still fade and return to the earth.  But they remind us that there’s something more.  Even when death has declared the once-living to be of no use, there’s still some life to spare.