Tempted in every way as we are 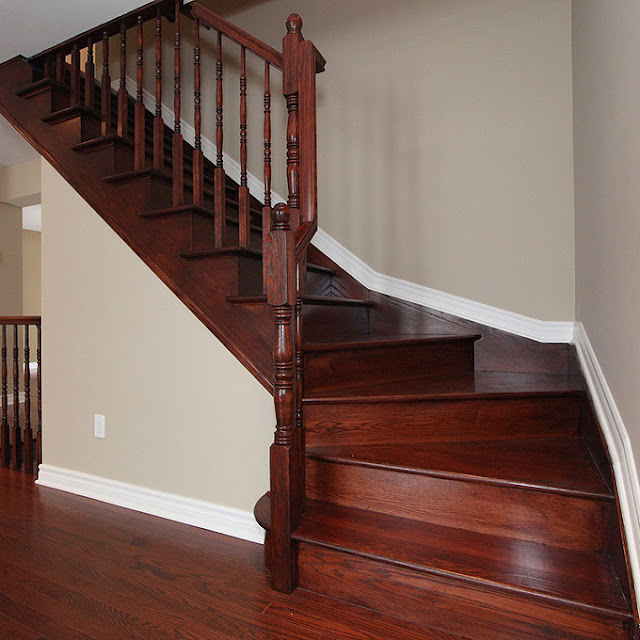 On the night before I was ordained a priest, my family had gathered from all around the country.  People had come from Louisiana, and Mississippi, and Texas, and Michigan, and lots of other far-flung places.  We were gathered in the hotel where they were all staying, near where the ordination would be.  We had basically taken over this hotel, and turned the lobby, with its fireplace and ample seating, into a sort of temporary living room.  People were laughing and reconnecting and telling stories.

Among the crowd of people that were gathered there were my twin nephews.  At the time they were just 16 months old.  They were born very prematurely, so they were even smaller and slower to develop than your typical 16-month old might be, but they were just beginning to gain some independence and learn about what boundaries would be set for them – and how they might try to push those boundaries.

Over on the side of the hotel lobby, there was a set of stairs that led to more guest rooms.  And these stairs were an impossible-to-ignore temptation for those early walkers.  As soon as the family sat down, the twins were drawn, as if by design to begin climbing them.  They didn’t make it up more than one or two steps before the adults in the room intervened.  But even though that boundary had been set, the temptation remained.

Gaines, the smaller of the twins, has always been a little more willing than his brother to try to push through boundaries.  He’s was always a little more adventurous.  And even at that young age, that proclivity was already on full view.  After the boundary had been set – “don’t climb the stairs” – Gaines still tried to see what he might be able to get away with.  He’d sneak over to the stairs.  A couple of people were sitting on them – about two steps up before a landing where the staircase turned.  Because people were right there, he could get away with getting up to the landing.  But when he thought no one was looking, he’d step up onto the first step beyond the landing, and slyly look back over his shoulder, grinning, to see if anyone had noticed.  His parents were busy socializing with everyone, but my father (his grandfather) never missed a beat.  From up on that forbidden third step he’d hear my dad cautiously chime in, “Don’t climb the stairs…”  And he’d hop right back to the landing giggling at almost having beaten the rules.

Of course, for a toddler, this was a fantastic game: what could he get away with?  How far could he go?  It went on and on for probably a half-hour.  Before long, the whole family was in on the game, letting him make it an extra step or two, before calling him back to safety and exploding in laughter.

As young children under direct supervision by a room full of loving family members, the stakes of that temptation were pretty low.  But it was a glimpse into what we all face, from time to time throughout our lives.

There’s a line in the Eucharistic Prayer in Rite I that speaks of Jesus as one “who was in every way tempted as we are, yet did not sin.”  And that’s part of what we commemorate each Lent – the temptations of Christ.  This season of 40 days during which Jesus prepared himself for ministry.  It is a window into our own preparations for reengaging with God in new and renewed ways in our own ministries, come Easter.  And in that preparation Jesus faced many temptations.  In approaching the work of God, we are spiritually vulnerable and temptations can come easily.

For Jesus, the temptation was to abuse power.  In his weakness, to seize power.  To feed his own personal hunger in his fast.  To challenge God, even in the midst of his own challenges.

But for most of us, the temptations we face in Lent are different.  We think of them in terms of keeping our Lenten disciplines – having just one glass of wine or one piece of chocolate when we said we wouldn’t, or skipping our special, set-aside time of prayer or study just once, and sleeping in instead.  For most of us, the greatest temptation – not just in Lent, but in our lives as Christians – is thinking we’re alone.  Our greatest temptation is thinking that – when we face challenges and tests and temptations without the benefit of some obvious safety net – that greatest temptation is to think that there’s no one to help.  No one who understands.  No community around us.  No “great cloud of witnesses” gone before who stand with us, whispering their wisdom and pointing the way.

Part of the gift of the temptation of Jesus is the reminder that we’re not alone.  We worship a Christ who has been there, and who has made it out on the other side.

The gospel lesson today ends with a rather ominous line.  It says, “when the devil had finished every test, he departed from him until an opportune time.”  Until an opportune time.  Even after passing the tests – even after surviving the temptations, the tempter wasn’t done with him yet.  Getting past the trials of life doesn’t mean they’re entirely in the past.  Challenges come and go, and come and go, and come and go…  In no particular order.