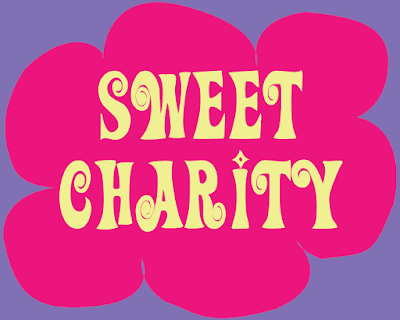 In the name of the God of hope and boldness.  Amen.

John Simonelli sometimes teases me about how many of my sermons will start with a reference to musical theatre.  As you’ve probably learned by now, it’s teasing that’s well-earned.  But the stories of the genre so often are about some of the biggest moments of life – pivotal experiences that warrant reflection and response.

So I hope you’ll indulge my mentioning at least this one more.  (Though there are likely to be others, sooner than later…)

As I’m sure a lot of you have heard, Michael is deep in the throes of directing and choreographing a production of Sweet Charity.  In short, the story is about a woman, “Charity Hope Valentine”, who is unlucky in love, but nonetheless, forever searching for it.

I’ve had the chance to sit in on some of the rehearsals, and one of the bits of character development that he’s been working on with his actors is understanding where Charity is coming from, and what the point of this whole story is.  Without giving away too much of the ending, I’ll tell you that part of the perspective that Michael’s production is bringing to the story is the idea that, even though we’re all prone to repeating the same patterns (and mistakes) again and again throughout our lives, real growth happens when we have those moments of epiphany – moments when something shifts, and we stop responding in the same way we always have.  Moments when we enter an experience, as we have God knows how many times, but somehow, after that one particular moment, we leave changed.  Sweet Charity is the story of Charity’s growth.  And that’s what growth is – be it spiritual or emotional.  Inner growth is when we recognize that we’ve been changed by an experience, and that we have to leave the moment differently than we came into it.

In today’s readings we hear stories of moments like that, when the people involved leave changed.  And the common thread though all of these moments is that they’ve engaged with God.

First, we hear of Moses.  He’s visited with God on the mountain and returns to his community with the tablets God has given to help guide the people through their lives in the new commitment that God and the people have made together.  But the change isn’t just outside Moses, it radiates from within him.  We hear that the change in Moses is so profound, that it even scares the people of Israel that he’s leading.  He’s forced to obscure his physical presentation so that they can bear it.

And then there’s the story of Jesus.  Like Moses before him, he’s on a mountaintop and meeting God.  And like Moses, the moment leaves him changed.  We’re told that “the appearance of his face changed, and his clothes became dazzling white.”  And not only that, but they saw him in the company of the great leaders of the faith that had preceded him, Moses and Elijah.  And in the midst of all of that, a cloud enfolded them and a voice from that cloud proclaimed, “This is my Son, my Chosen; listen to him!”

The story is of the Transfiguration of Jesus, and the focus is on the ways that Jesus was changed, but you can bet that Peter and John and James were changed by that moment, too.  Whenever any of us recognize that we’re in the presence of God, the only predictable end is that we’ll leave changed.

Most of us aren’t changed the way Jesus and Moses were.  For most of us, the change is inside of us, veiled in flesh.  But when we encounter these moments of knowing the presence of God most clearly, we are, without doubt changed.  And that change radiates from us, even if not as literally as we read about in the scripture.  For most of us, the change that comes from knowing God is more like the Apostle Paul describes in his letter to the Corinthians: “Since we have such hope, we act with great boldness.”

Later this week we will begin our observance of Lent – the season of preparation for seeing the world through the lens of hope that comes from Easter.  During this season, there will be some distinct changes in the ways we worship.  The words will change, the music will change, even some of the articles we use in church each week will change.  In the Sunday worship booklet next week, there will be more of an explanation of what’s changing and why, but the main thing to remember is that it’s meant to help us see all that’s familiar in a new way.  It’s a chance for us to practice engaging with God in a new way, so that when that Easter moment comes, we’ll be prepared to leave the moment differently than we entered it.

If you have a hard time identifying those moments in your life, trying looking at the things you surround yourself with.  What have you hung on your walls at home?  What pictures were important enough to frame?  What favorite articles of clothing are you most hesitant to give away?  Most of us choose to surround ourselves with mementos of the moments that were most important to us in our lives.  What are those mementos in your life, and what moments do they represent?  How did your life change because of them?  Can you recognize that God was there in them?

The answers don’t always come easily, but we’re here to figure it out together.  May God bless you with moments of discovery.  Amen.
St. David's; Kinnelon