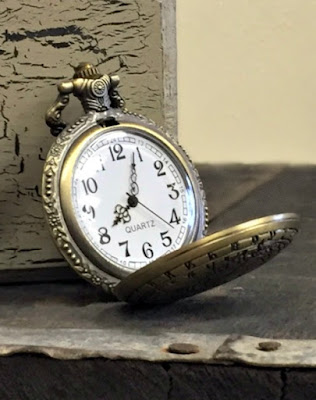 In the name of the God of creativity, companionship, and inspiration.  Amen.

We all have our quirks, and one of my quirkier quirks is about time and punctuality.  It’s not that I’m never late – sometimes I am.  Once, not long after I first started here, I was even late to the 8:00 service one Sunday – about 20 minutes late.  I just lost track of time!

But my quirk about time is around how unreasonably anxious it makes me when I think I’m going to be late.  The occasion doesn’t even have to be particularly important.  Say, for example, I’m running later than I’d planned on going to the grocery store.  No one’s waiting for me.  I’m not pressing up against the store’s closing time or some later engagement.  I’m just later than I’d planned.  Even in a situation as benign as that, I can become fussy and anxious, and even downright cranky.

As a result of that quirk of mine, the lessons today, and really even this whole season of Advent, have a strange effect on me.  On one hand, it’s sort of comforting.  All of this talk of being ready, and keeping awake almost seems to validate what is, very often for me, a point of anxiety.  On the other hand, it almost adds to my anxiety, because the implication from the Word of God is that we aren’t ready.  We are late.  And not just me, but all of us, systemically.  When I let my mind tarry there, I almost want to come out of my skin.

But of course, at least as we measure it, time is nothing more than a human construct.  Our time keeping system probably makes sense for us, but in a universal sense, it’s actually sort of arbitrary.

So, if time is such a complete abstraction – what does it mean to get ready, or to BE ready?  How is it, as Paul says, that “now is the moment for you to wake from sleep”?  How could he know?  How could any of us know?  How can we ever get ready if we can’t really know when we are, right now?

In our household there’s always a bit of debate about when Christmas prep can start.  I didn’t want to begin decorating until the day after Thanksgiving.  Michael probably would have been ready for us to start a couple of weeks ago.  But this season of preparation isn’t about that kind of preparation.  I’ve served in churches where it was adamantly declared that no decorations beyond the Advent wreath could happen anywhere on church grounds before the close of worship on the fourth Sunday of Advent.  I’ve served in churches where you could have wreaths on the doors outside, but only if you put purple or blue ribbons on them until it was actually Christmas.  I’ve served churches were they figured it only mattered in terms of how and when you decorated the worship space.  People can get pretty worked up about it.

Around this time of year, you’re likely to hear people start talking once again about the “war on Christmas” – how declarations of “Happy Holidays” are somehow an attack on Christian values.  Inevitably, we’ll start seeing signs and billboards and bumper stickers begging us to “Keep Christ in Christmas.”  Last year, I saw a response to all that that said, “I’d settle for keeping Christ in Christian.”

I think that’s what Advent is about.  It’s about keeping Christ in Christian.  It’s about remembering to look for Christ all around us – even among people who don’t identify as, or whom we would normally not see as Christian.  From the very beginning, God has been surprising us – meeting us when and where we least expect it.  And that’s probably because we’re not good at expecting it.  We get so lost in ourselves and our own needs and desires, that we too easily look past the needs of others.  And that’s where Christ always lives – in the needs of others.

So, the wisdom of Jesus is that we should “be ready, for the Son of Man is coming at an unexpected hour.”  The experience of Paul is that “Now is the moment for you to wake from sleep.  For salvation is nearer to us now than when we became believers; the night is far gone, the day is near.”  There are planets out there where the sun rises twice a day, but for us, the day is always near.

Christmas is still almost a month away, but Christ is as near as your next breath.  The day is near.  Thanks be to God.  Amen.
St. David's; Kinnelon