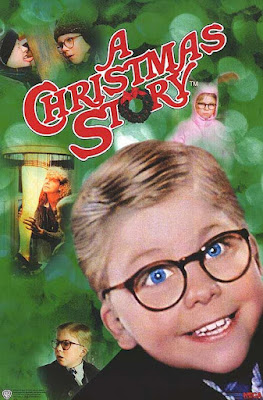 In the name of the God of all that shall be.  Amen.

I’ve been thinking a lot about A Christmas Story, lately.  Not THE Christmas story, A Christmas Story.  The movie.  Every time this story of Joseph comes through the Lectionary cycle, a particular scene from that movie always runs through my mind.

It’s Christmas day.  The family has opened their gifts.  Ralphie got his Red Ryder BB gun (I hope I’m not giving it away – surely everyone has seen it by now…).  He has, indeed, shot himself in the eye, just as was always predicted.  His mother is putting the finishing touches on the Christmas feast for the family.  And then, in all the worry about Ralphie and his minor injury, the food is left unattended and the dog makes off with the main course.

Between the injury and the ruined dinner, you’d think Christmas was ruined.  In the wake of all the destruction of the day, Ralphie’s father makes a sudden declaration.  “We’re going out!”

The only thing open on Christmas Day is a Chinese Restaurant, and the whole scene – with Chinese waiters trying their best to emulate an authentic American Christmas celebration – it all becomes so comical, that in the end, the day wasn’t ruined.  It was actually made better than if everything had gone according to plan.  That day when everything fell apart became the best day in memory.

Of course that’s a light-hearted example of “best-laid plans” ending up working out for the best.  It’s rarely that neat in real life.  But it is one of those rare moments in the canon of Christmas movies that really seems to capture the emotion and experience of a part of the story we’re celebrating this season – the part we’re reading today.

The story of Joseph is the story of one who had it all planned out.  He was to be married.  He’d found a good young woman who would help him to raise a family according to the traditions of their community and their faith.  All was going according to plan.

But then she turned up pregnant.  I’m always struck by how much Joseph must have really and truly loved Mary.  To be pregnant, before their marriage, with her intended not the father – the story could have ended very badly.  She should have been cast out.  She should have been ostracized.  It wouldn’t have been beyond reason for her to have been stoned and killed.  This was not a society that made a habit of being gentle with women who were believed to have “done wrong”.

But Joseph resolved to handle it quietly.  His heart must have been breaking, because he decided to spare her the disgrace.  He just loved her too much.

But then an angel of the Lord came to him in a dream and let him know what was happening behind the scenes.  She hadn’t “done wrong”.  She hadn’t betrayed him.  She hadn’t said no to him, but she had said yes to God.

Not that plans are always wrong.  Plans are good.  We all need to plan.  But the story of Joseph and his family, along with the story of Ralphie and his family, shows us that God’s work is often most impactful in the wiggle room – the space just outside the plan, the space that unbalances the plan just enough to let God in.

Throughout all of our lives, we can probably point to those moments when things fell apart, but it all worked out – maybe even better than originally planned.  That won’t always happen when plans fall apart, but when they do, it can change your perspective immeasurably to remember that it’s possible.  It can change your perspective immeasurably to look for God in the chaos.  From the beginning of creation, that’s were God has lived – in the chaos.  Chaos was the canvas on which God painted all that is.

No matter how plans change in the days ahead, one thing I know for certain is that Christmas will come and go.  Our visions of how things will end up looking will probably vary from how they will actually end up looking in at least small ways.  Babies will cry.  Dogs will steal food that they shouldn’t have.  Presents will be disappointing, family will argue, and who knows what else may come to pass.

But this week, and every week, may we try to follow the example of Joseph – who, in his deep love for Mary, was willing to cast aside his fear, and to see a new plan – one he couldn’t have imagined.  May we, like Joseph, be open to meeting God in the chaos of our lives, and our best-laid plans.  Amen.
St. David's; Kinnelon