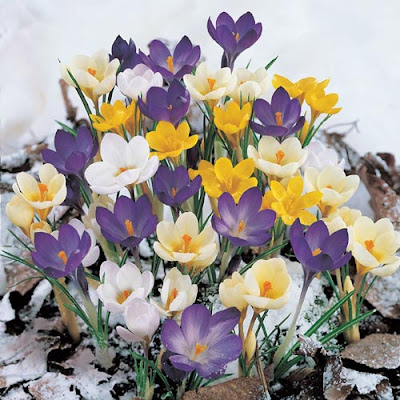 In the name of the God of love.  Amen.

One of the perks I enjoyed of being the pastor’s kid growing up, was that whenever the children’s musical came around each year, I was usually considered strongly for the lead role.  Among my star turns was playing the title role in the classic, “Oh, Jonah!” – the story of the Old Testament character who tried to run from God’s call, and ended up in the belly of a whale.  As a child, I always mixed that story up with the story of Pinocchio, since he also ended up in the belly of a whale, but that’s neither here nor there…

The real reason this story always stood out in our family lore, was because there was one song that I sang as Jonah in this show called “Have Patience”.  It was while Jonah was stuck in the whale, praying for some way out.  In the midst of that, he had an epiphany of sorts – to have patience, because God would see him through his time of trial.  For years it remained a running joke in our family, because I was among the least likely to actually “have patience” in any given situation.  I was always a child who knew what he wanted, and I wasn’t likely to wait for the sake of waiting – an attribute some who know me today might say that I still hold.

I thought of that the other day walking through a store.  While on the way to wherever we were going we passed through the toy department, and I heard the brief exchange of a child lobbying for something she thought she needed, and her mother quietly reminding her that “Christmas is coming” and that she should “have patience”.  I was instantly transported back to my eight-year-old self, and the same conversations I had with my own mother God-only-knows how many times.

But patience isn’t easy for children – and probably not for any of us – particularly when demanded in the expectation of something like Christmas.  Patience is hard when we know that good things are coming.

On the third Sunday of Advent, this sort of strange thing seems to happen to me every year.  Up to now, the time has flown.  Advent seemed to come from out of nowhere, and Christmas still seemed so far off.  But now, on the third Sunday of Advent, it seems so close – but still not quite here.  It’s close, but not close enough.  Though the glee of Christmas morning is different now than it was when I was a child, there is still a sort of expectation about it.  Something is coming.  Time for joy.  Time for celebration with loved ones.  It’s not as much about the presents as it used to be.  But it’s exciting, nonetheless.

And on this Third Sunday of Advent, with Christmas coming so close, but still not quite here, we hear the words of James, a child of God, writing to other children of God, proclaiming a season of patience.  Of waiting.  Because the day of the coming of the Lord is approaching.  It’s just not here yet.

John the Baptist had been proclaiming a season of expectation, too.  And it had landed him in jail.  The expectation he announced posed a serious threat to the leaders of his time.  And when he heard of Jesus he wondered – was this the one he’d been talking about?  Had the season of waiting come to a close?

Jesus’ answer may have seemed like it was intended to obfuscate.  Basically, he says, let my actions answer you.  Let the things that God has done through me be your answer.  If there’s any lesson from Jesus about how we should live our lives – how we should proclaim Christ to the world, none is better than that.  Let our actions answer the world.

As much as children – and maybe even some adults – are beginning to burst with the expectation of the coming holiday, most of them probably aren’t expecting to meet Christ.  But that’s exactly what needs to happen.

Isaiah speaks of crocuses – those beautiful little purple and golden flowers that unexpectedly pop through the snow in the early Spring, giving us the first signs of new life in a world that had been frozen, hardened, and bare.  That’s how the love of Christ falls on those who need it – beautifully and unexpectedly amidst a world that feels frozen, hardened, and bare.

Don’t let the world wait.  Don’t demand more patience.  Don’t wait for some “other”.  The time has come, and we all are needed.  Amen.
St. David's; Kinnelon