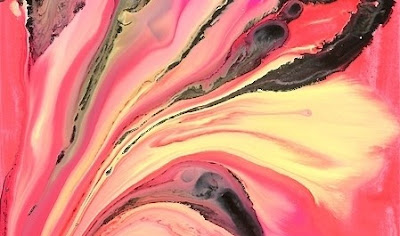 In the name of God who guides us.  Amen.

Show of hands – how many of us have already broken our Lenten disciplines?  Just kidding!  I would never actually ask that!  But it is interesting that today, on the first Sunday in Lent – our observance is only five days old – the talk is all about temptation.  The first reading is about Adam and Eve being tempted by the serpent to go against God’s direction.  The second reading is from Paul’s letter to the Romans reflecting on that story through the experience of living in the age of Christ.  And then, the Gospel lesson is the story of Jesus being tempted by Satan to use the gifts God had given him to satisfy himself, rather than fulfilling his ministry.

We don’t talk a lot about temptation in the Episcopal Church – it’s just not part of the spiritual experience where we tend to focus much of our energy, but it is real.  We all experience temptation in both trivial and significant ways from time to time.  The temptation could be as trivial as benignly thinking only of ourselves when we’re out and about and deciding not to consider the needs of others, or it could be something more significant – being tempted about whether or not to compromise our integrity on some major decision, or whether or not to be honest with someone when facing the truth is necessary, but uncomfortable.

Temptation is a universal part of the human experience – from Adam all the way through to us – even stopping at Jesus.  Could Jesus really have been truly, fully human if he hadn’t experienced temptation?  I don’t think so.  The point of temptation is not to never experience it, but to use the tools of our faith when we encounter it.  Because we will encounter it.

And that’s why it makes sense to think about temptation on the first Sunday in Lent.  Not just because our disciplines for this season make us likely to experience temptation, but because the work we’re called to during Lent, as we prepare ourselves for meeting Christ anew at the Resurrection, is the same kind of work that makes us ready to face all sorts of challenges in the ‘real world’.

The work of focusing and honing our spiritual lives and practices is exactly the kind of work that can make temptation easier to handle.  The work of looking for God’s greatest gift – life – in everything we do and in every interaction we have – that’s the kind of skill that will make us ready to face evil when we find it.

There’s a line in the Broadway musical, Rent, that says, “The opposite of war isn’t peace, it’s creation.”  I think the same kind of principle applies to good vs. evil – the opposite of God isn’t Devil – it’s destruction.  It’s death.  While so much of the world is focused on decay and failure, the message of God, made clearest in the Resurrection, is that the God of love isn’t playing that game.  God is about creation.  God is about light and life and love.

Last week I read reports of a forest fire that had gotten out of control west of here along I-80.  That’s not the kind of thing we’re used to thinking about too much in New Jersey.  But it put me in mind of the real life parable I’ve heard through the years about the benefits of occasional fires in some of the raw landscapes out west.  People who are smarter than I am about such things will tell you that there are certain places that depend on fires for the long-term survival of the ecosystem.  Our inclination is to hate the concept of a forest burning, because to us, it only looks like destruction.  But these scientists will tell you that if those forests went unburned for long enough, they wouldn’t be as healthy as they are when we allow the natural and occasional burns to happen.  And we’ve probably all seen the pictures – scorched earth, as soon as it cools, begins to show signs of new life and new growth.

Even in Australia, where those massive fires have been so destructive and heart-wrenching – even there I’ve already heard reports of new growth coming up in what had previously been destroyed.

It’s not that the pain of the destruction isn’t real – whether it’s in forest fires, or even in our own lives and experiences – it’s that through God, that’s never all there is.  The greatest temptation we have to overcome is the temptation to forget that; to believe that death is the end.  Because it really isn’t.  It never is.

That’s what we’re working to see and to remember over these next several weeks.  There will be temptations throughout – temptations to let our disciplines slip, but even more so, temptations to worry that God maybe isn’t really weaving together wisdom and life in the background.  But God always is.  God is always there, quietly working good into whatever evil life can come up with.  Even in these dark days, a new light is dawning.  Amen.
St. David's; Kinnelon