When the bread of anxiety makes you thirsty 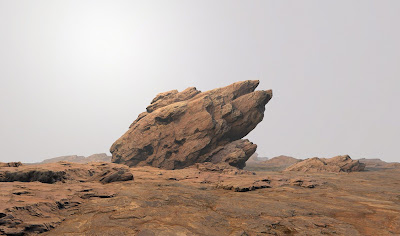 In the name of Jesus: the name that charms our fears and bids our sorrows cease.  Amen.

It’s an anxious time these days.  And it’s a well-known fact that eating the bread of anxiety can make you thirsty.  Like all of us, I’ve been thinking a lot about water this week.  And not just because people have been panic-buying bottled water in the stores.  Honestly, water seems to be playing into just about everything I think about and every interaction I have.  Earlier this week I was consulting with a parishioner about baptism.  Water.  Everywhere we turn we hear people telling us to wash our hands more and longer than we used to.  Water.  I’ve even heard that one of the concerns for people who get sick is the risk of dehydration.  They need to drink plenty of… water!

And now we hear these lessons in worship today.  First there’s the story from the Exodus of the Hebrew people.  They are wandering in the wilderness, and what are they lacking?  Water!  They cry out to Moses and accuse him of bringing them out just so they could die.  But, of course, Moses was just a man.  Were it not for God he would still be just a refugee shepherd in the wilderness.  But God was with him, and when God is with us, great things can happen.

So Moses cried out to God.  He knew that he had no power in himself to help himself.  So he cried out to God: “What shall I do with this people?  They are almost ready to stone me.”  But even in that wilderness – even in their desert of despair – God was making a way.  Moses did as God instructed, and there, even where there had been none before – there was water.  Enough to quench their thirst.  Enough to continue sustaining them on their journey.  Enough to inspire faith in the drought of their doubt and fear.

When Jesus met the woman at the well, water was an important character in that story, too.   Carrying water from the well to wherever it needed to go was hard work.  The vessels themselves would have been heavy, but when laden with water it would have been a terrible burden.  So the work of making the trip to the well wasn’t easy.  And it was a job that had to be done no matter the weather, no matter how sick or tired you might have been, no matter how busy you may have been.  The need for water kept coming, and nothing could hold it back.

So when Jesus met this woman and promised her living water, that would make it such that she would never thirst again, the prospect was tempting, at the very least.  She wanted in.  So Jesus let her in.  He told her about the reign of God, and he told her even about herself.  He openly shared every secret about herself that she most wished was hidden.  But here’s the thing I think people too often overlook in this story: though it’s pretty clearly implied that the woman was looked upon my most people as being sinful, that didn’t preclude her from the good news of Jesus Christ.  It didn’t preclude her from finding that “living water” that was promised.  It didn’t preclude her from becoming a disciple and even an evangelist.  She went on to proclaim the good news she had found to anyone who would hear it.

The living water – the love of Christ – couldn’t be stopped because of human shortcomings.  Like water flowing from a rock, it was too good, too important, too necessary, too empowered by God to be stopped.

The Hebrew people would never thirst if they just relied on God.  The woman at the well was given sustenance that she couldn’t have even imagined seeking – just because Jesus was generous enough to give it.

Earlier this week I took a few minutes out of my day to pray with some colleagues in another streaming worship service, and this passage from Exodus that we read this morning was shared.  As a reflection, the leader of the worship read this poem by SteveGarnaas-Holmes.  It’s a reflection on this story of Moses and his thirsting followers called “Strike the rock”.  It says:

When it's hard, and you don't know how,
and the need exceeds your capacity,
it isn't yours that matters.  It's God's.
When your emptiness looms,
your terrible weakness dominates,
when you are an empty water jug,
then—perfect!—you are ready
as a vessel for the mystery of God.
When there is no hope and you
are in a wilderness without drink,
strike the rock. The water
comes from beyond your imagining.
Yes, there is no water, and besides
you don't know how to strike the rock.
Yes.  Strike the rock anyway.
When you are called upon to serve
beyond what is humanly possible,
trust this, child of God,
and strike the rock.
Desert rock, hush: behold,
there is water in you.