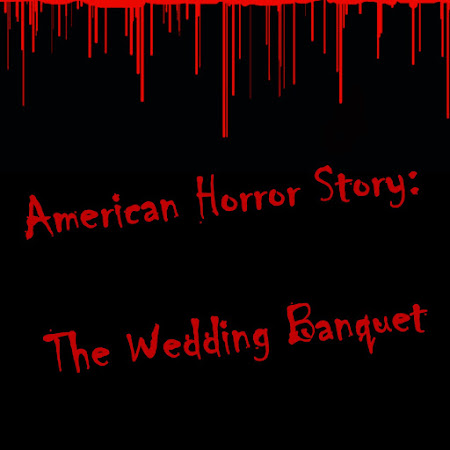 In the name of Christ, the Way.  Amen.

The Gospel lesson this morning sounds like it could be a plotline from the series American Horror Story.  And it is October – the time of year when they typically release their annual series that’s like a horror film shown in around ten episodes.

The story today begins with a king who holds a wedding banquet.  But the first guests he invites disrespect him by failing to show up.  So he puts on the hard sell – he sends his servants to explain just how great the banquet is – how delicious and extravagant all the food will be – but even so, they won’t come.  But the guests didn’t seem to care.  They “made light of it”.  Some even captured the servants who’d been sent with the message and mistreated them and killed them.  (Starting to sound more and more like a horror film, right?)

It goes on to tell us that the king was enraged.  Not offended.  Not hurt.  Not angry.  But enraged.  And so he sent his henchmen to kill those who had been invited.  And he didn’t just kill them, he burned their cities.  He wiped the earth clean of them.

It’s around this point in the story when the first real questions start to emerge: if these folks were so bad – why were they invited in the first place?  And if this king has this kind of temper, why would anyone go to his party, anyway?

But the horrific tale isn’t over yet.  The king moves on after his rampage and just pulls people in off the streets – anyone around can come to the banquet.  And we know how this king responds to his guests sending their regrets, so you can imagine everyone that was rounded up came quickly.  Well, one guest – perhaps responding a little too quickly – wasn’t quite prepared.  He wasn’t wearing the appropriate wedding robe.  The king confronted him about it, and when the guest was left speechless (who wouldn’t be in the face of someone so ruthless?), the king had him bound, hand and foot, and then cast him into the “outer darkness”.

The story couldn’t fit into a horror movie any better if it was set in a haunted summer camp in the woods.

But of course, this isn’t an historical account that Jesus is telling the people – like most horror films, it’s an allegory.  It’s real meaning is hidden beneath the specifics.  And the real meaning here – if we can move past the harshness and the horror – is about what it means to be a Christian.  What it means to follow God in the way that Jesus showed us.

I think the main takeaway from this allegory is that while it’s important - as a first step - to show up, it’s not enough to just show up.  A lot of times, the popular idea of what it means to be a Christian is to go to church on Sundays – or, in these days when going into the church building isn’t available to everyone, at least going to church online.  And it is important to show up.  It’s important to be present with other believers, in whatever way we can.  To stand in solidarity.  To immerse ourselves in the teachings.  But it’s never enough just to show up.

It reminds me of one of my favorite parts of the marriage liturgy in our Anglican tradition.  After we seek the consent of the two people who are to be married, we also seek the consent of their community.  We ask them, “Will all of you witnessing these promises do all in your power to uphold these two persons in their marriage?”  It’s lovely for people to go to weddings.  It’s lovely to celebrate with people as they begin their lives together.  But we need to do more than just show up.  We need to commit to supporting them, even when the party has ended.  The same is true for living a life of faith in God through Jesus Christ.

Last week the parable called us to show “the fruits of the kingdom”.  In other words: to show the signs that our lives have been changed.  This week, the parable drives that home.  I don’t think God actually cares what we wear, the way the king worried about the wedding robe.  But I do think God expects our lives to show that we didn’t just show up – to show that we’re here for a purpose.  To show that we’re ready.  For the wedding guest, it would have been shown by the wedding robe, but for us, as Christians, it’s shown by living our lives with the mission of Christ at the front of our minds.  To let our faith define our lives.  Through the good and the bad, when it’s easy and when it’s harder.

This story sounds harsh.  But don’t get lost in the specifics.  Don’t let the vehicle keep you from seeing the destination.  The destination is living in closer union with God through Christ.  And not just on the surface, but at our very core.  Amen.