Holding on to things that have the image of God 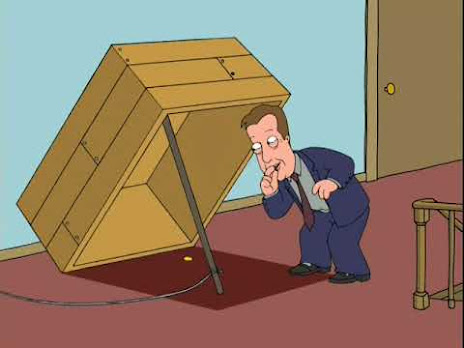 In the name of God, who is the source of every blessing.  Amen.

It seems like something of a cliché to read this Gospel today.  Today, we’re finishing up the formal part of our annual Financial Stewardship Campaign, and praying God’s blessing on the commitments to our continued ministries that have been made.  And, in the midst of all of that, there is this gospel which recounts the familiar story of the Pharisees trying to entrap Jesus in a riddle of loyalty.

They say to him, “We know how pure your faith is.  We know you love God.  So, in light of that pure, honest love, is it lawful to pay taxes to the emperor?”

Here’s the trap – a pure love of God would say that everything we have should go to God.  But if Jesus says that, he’d be breaking the law of the emperor.  On the other hand, if he says it’s okay to pay tribute to the emperor, then he’s putting a little crack in the purity of his devotion to God.

Throughout my life, I’ve typically heard this story – as I’d expect most of you have – as a way of spurring people into generosity.  Everything we have comes from God.  So give to God the things that are God’s.  We talk about tithing – giving 10% of our income to the church – as a standard for giving, but these words of Jesus seem to take it even farther than that.  Give to God the things that are God’s.  And if everything is God’s, then it follows that that’s what you should give – everything.  It may not be a sustainable model for most of us, but it is biblical.

But this week, in the midst of all the anxieties and frustrations I’ve been feeling about the state of the world, I started asking myself – where does it come from?  Or another way of saying that – whose is it?

I’ve been watching the COVID infection rates rising, and my concern along with it.  The bishop has been asking us to talk with our congregations to prepare them for an eventual return to worship that happens entirely online again – with no provisions for gathering in person.  We’re not there yet, but we’ve been asked to think about it and mentally prepare ourselves for when we have to move back toward it.

And it’s not just that I worry about losing this little bit of normalcy we’ve been able to reclaim by getting together again.  If you look at the infection rates in Europe, even despite the incredible measures they’ve taken for keeping folks safe – more than we have – even so, the second wave that’s emerging there is, in many places, far more significant than the first one was.  So I don’t just worry about missing church – I worry about the impact it will have on us as a church family.  There were some losses on the periphery of the congregation during that first wave, but as a church, we were pretty lucky.  Most of us stayed safe.  I worry that that won’t be the case if infections come back even stronger than they were before.

But the thing I got from the gospel lesson this week wasn’t financial stewardship – even though that’s how this reading has been drilled into me for practically my whole life.  Instead, I heard more about Stewardship of the Soul.  The emperor, in our context, is a demanding little voice in our heads.  It’s often fed by the news we read and the realities of our fractured common life – so I’m not saying it’s not real.  But it does stand in opposition to God.  God is the God of love.  God is the God of peace.  God is the God of justice.  Those are the things that last – the things that are truly important – and those are the things we should be giving to God.  Anxiety, frustration…  All that other stuff that comes from living in 2020 – those things aren’t from God.  Those things that hold us back don’t have the image of God imprinted upon them.

I know we can’t just let our struggles go – it’s not as easy as just giving it back to the emperor.  And I know it can be tempting to cling to them.  I fight that same temptation every day.  But we are called to practice hanging onto the things that are God’s – not the things that aren’t of God.

I can’t wave a magic wand and make it happen for you.  There’s no pithy instruction I can give that will make it easy for you to let go of those things in life that aren’t of God – and there seem to be so many more now than ever before.  But what I can do is gently remind you: the things that are of God are things of love, peace, and justice.  Compassion and kindness.  That’s what we should try to hold onto.

May we all find the way.  Amen.