Eat chocolate. Drink Bourbon. And curse at the top of your lungs! 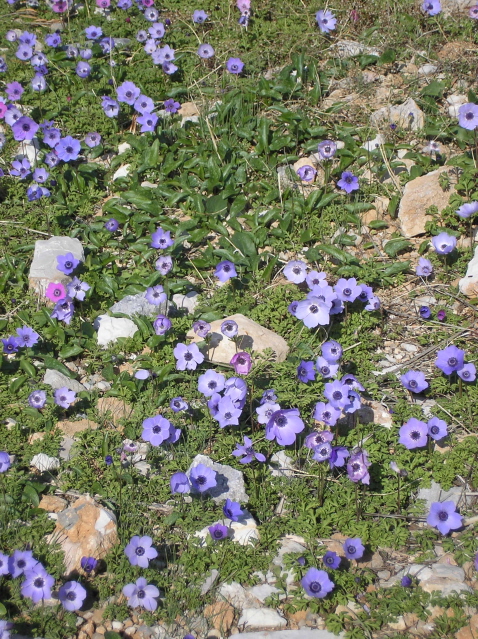 In the name of the God who creates, the Christ who triumphs over death, and the Spirit who refreshes us all.  Amen.

Earlier this week, I saw what was, perhaps, THE perfect, Easter-ready Facebook status.  My friend, who first became my friend because she was the mother of one of my friends in high school, seemed to have the Easter moment pegged to a T.

She said, “Oh my gosh, I can’t wait for Lent to be over so I can curse again!”

Try as I might, I can’t think of any Holy Week cry that better anticipates the joy of a coming Easter.

Cursing with the joy of the Risen Christ.  It’s beautiful.

Throughout the season of Lent, many of us take on disciplines to try to reconnect with God, and with our Spiritual center.  Sometimes we give up chocolate, or drinking alcohol, and smoking, or bad language, or certain unhealthy foods…  The idea is that we wander with Jesus in the wilderness of our own souls.  We try to find some symbol of those things that make us feel most separate from God.  We cut it out of our lives.  And we pray that in the emptiness, we’ll find God again.

It wasn’t that long ago that snow covered the ground.  And, of course, Easter is early this year, so it may yet again before it’s all said and done.

But even so, as I walk around the churchyard, and the neighborhood, and go about my daily life, signs of life are beginning to peek through the bleariness of the now-fading winter.  Green shoots are popping up and daffodils make their first emergence.  The birds are returning, and the insects.  It’s as if all of creation is asserting its life.  Everywhere you look there is life breaking through the darkness.

As the women walked to the tomb - the tomb that they would find standing empty - on that still-crisp morning before dawn, the world must have seemed so empty.

But they had work to do.  The friend they had been following for three years had died.  The life that they had embraced, and their hope for the future, and their sense of security had been shattered.

They felt empty and alone.

The felt abandoned by God.

The couldn’t know what else to do, so they went to work.  No one knew what the days ahead might bring, but for now, they could honor their love for Jesus by preparing him for burial.

They couldn’t bring him back, but they could honor him.  So that’s what they set out to do.

Then suddenly, two men in dazzling clothes stood beside them.  Other gospel writers call them “angels”.

With what must have been a note of sarcasm, they said, “Why do you look for the living among the dead?”

Suddenly they remembered: that’s exactly what he had said would happen.  His peculiar words in the days before his death all started to make sense.

Somehow, life had triumphed over death.  Somehow this Jesus - the ordinary man given to extraordinary things, the son of Mary and Joseph, a carpenter - somehow this very same simple Jesus had become the Christ of God.

They had come to anoint him for death, but God had already anointed him for life.

This all happened around Passover - in the early spring.  We usually think of the Near-East lands as barren wildernesses and deserts, but it’s not all that way.  The rain comes in the spring.  And the lands burst with flowers and new life.

These women had walked to the tomb in darkness and cold, but they ran home in the light - across green fields and flowers of every shade and sort.

Life had triumphed over death.  Everything that had made them feel separate from God had melted away in the warm light of the new day’s sun.

That’s why my friend’s Facebook status was the perfect anticipation for Easter.

In the light of Easter - in light of the Resurrection - those things, which had once made us feel separate from God, seem to fade away.

So, eat your chocolate.  Drink your bourbon.  Curse at the top of your lungs if you must!

God has triumphed over even death.  And no simple human imperfection can compare with that.