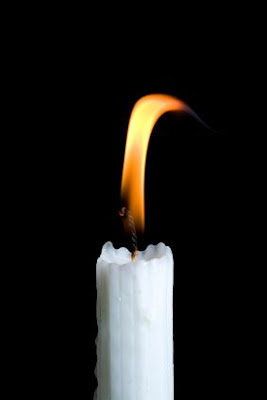 It was the early morning hours.  Just after the sun had begun to peek over the horizon.  In the first functional moments after the Sabbath: the first moments when the women could return to the work that in the rush before the Sabbath had been left undone.

The words of the messengers that greeted them seem sort of harsh: “Why do you look for the living among the dead?”  In the midst of their mourning, they were being chided – teased, even.

I’ve always experienced the early morning hours as a kind of mystical time.  There’s something soul feeding about watching the night be overtaken by the day – watching the vulnerability of darkness give way to light, watching the stillness begin to stir.  Somehow God seems more accessible during those times.  Things that seemed imperceptible in the night gain unexpected clarity in the morning.

That’s how it must have felt for those women on that morning.  In the nighttime of their grief there were so many questions and so few answers.  The events of the week that had preceded must have seemed like a flash as they recalled them.

It must have seemed to come from out of nowhere.  One day they were following this wandering Galilean – following his teaching and his miracles.  The word had spread and his celebrity had grown.

Then into Jerusalem.  He was greeted as a king – hailed and applauded.  The people had come out to cheer him.

This is why we keep vigil.  This is why we sit up and wait through the telling of our stories for the new fire to shed its light.  We wait in the sure and certain hope that through the darkness of death, a new light will begin to shine.  We wait, not for answers, but for life.  And it comes.  Amen.