Letting them walk away 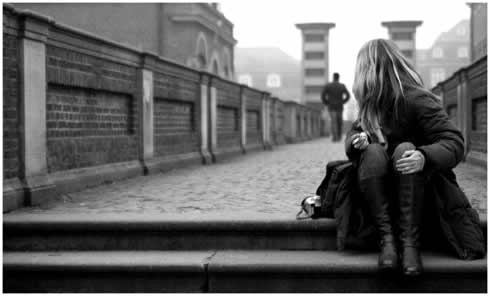 I finally realized last night what was troubling me.

After a week of thinking about the Parable of the Prodigal Son and what I might have to say about it, but always coming up feeling sort of empty, I finally realized the problem: I was focused too much on the ending.  I was focusing too much on the party.  So much so that I had a hard time really grasping it.  I couldn’t really wrap my mind around the Prodigal Son’s return, or the Prodigal Father, for that matter, and his joy at his son’s return, because in my familiarity with the story, my mind just skipped ahead.  And in that skipping, I missed everything that had brought me through the story.

I doubt I’m alone in that.  We all know the story pretty well, don’t we?

A father had two sons, and evidently considerable means.  The elder son is a faithful worker, learning the family business and biding his time until his time would come - the time when he would be the leader of the family and the inheritor of the family fortune.

So he went to his father and demanded his share of the family fortune.  He wanted all that would be his, but without the wait.

In the parable, we hear nothing of the father protesting.  We don’t hear that he warned his son that this might not be the best course of action.  He didn’t offer any advice.  He just did as was asked.  He divided his possessions and sent his son on his way.

This younger son went off on a wild adventure.  He ignored the proper Jewish morals he had been taught and squandered all that he had.

Of course then things went from bad to worse.  Not only was he penniless, but the entire land fell victim to a famine.  He couldn’t even survive as a beggar, because no one had anything to give.  His only hope for survival was to work for a pig farmer and to eat what was left over from their feedings.

It was a grim existence.

But what was happening back home?  What had become of the ones the Prodigal left behind?

We all know how the story ends, but what else is there to the story that we’re not hearing?  We hear of the father’s rejoicing when his lost son has returned, but what about before?  What about that moment when he watched his son walking away?  What about the days and weeks that followed that were spent wondering if there might have been something more he could have done?

Have you ever had to sit by and let someone in your life walk away?  When we know the whole story it’s nice to focus on the ending - on the return, the reunion.  But in that moment - the moment when they walk away - there is no promise of reunion.  There is no fatted calf.  There is no party.  There is only the pain and the emptiness of a relationship ended.

Of the emotions we focus on most in this story, one is the joy of the father, but what must he have felt before the joy?

This is one of the reasons this parable works during Lent.  It’s a reminder of the complexities of life that we all face.  Most of us focus on the party, but there’s more to the story than just that.  In fact, though it’s sometimes hard to remember it, the party isn’t really the end of the story.  The end of the story is about the older brother refusing to come to the party, and the father trying to explain his joy.

But the older brother felt slighted.  He had been faithful.  He had remained with his father while his younger brother had left them for irresponsible and selfish living.

In just a few weeks, it will be Easter.  If this church is like every other church I’ve ever been a part of, things here that day will look a bit different.  We’ll have extra people in the pews and a big celebration.  There will be joyous singing and smiles.  Probably reunions of people we haven’t seen in a while.

But while we will eagerly and happily welcome our guests that day, you all know a bit of a secret that they won’t know: it’s about more than just the party.  The story we celebrate is richer and more complex than can be gleaned from just the happy ending.

It takes time to get to the happy ending.  It requires wading through everything else.  You have to have known the pain and the uncertainty, and sometimes even the jealousy and the greed.

That part’s not always fun.  But it is a part of the whole story.

Today is Refreshment Sunday, or Mothering Sunday, as our friends in England call it.  That’s why I’m wearing the Rose vestments today.  It’s a little respite from the season.  It’s a reminder, here in these dark days of Lent, that there are brighter days ahead.  The time for celebration will come.

But before we can celebrate, we still have a little more work to do.

The father’s joy at his younger son’s return would have been empty if he hadn’t felt the pain of his leaving.  Sometimes we have to just let them walk away.  They may not always come back, but when they do, there will be joy.

Lent can sometimes feel like a long road to have to walk.  Easter can sometimes seem so far away.  But it’s closer now than it has ever been.  And tomorrow it will be closer, still.  The time for celebration is near.